HP jumps on the 5K and ultra widescreen monitor bandwagon

HP jumps on the 5K and ultra widescreen monitor bandwagon 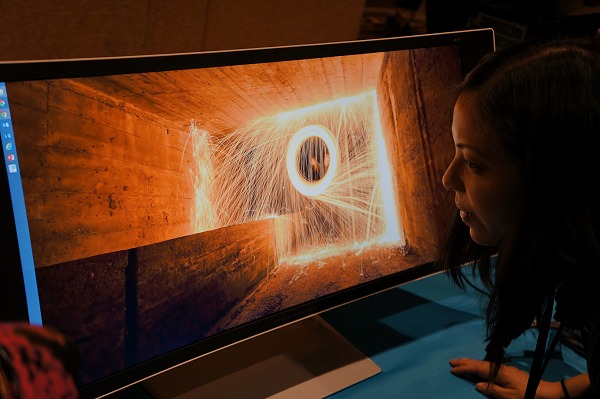 Samsung, LG and Dell have announced their ultra widescreen, 21:9 cinemascope monitors in the last few days at CES, and not surprisingly, the world's no.1 PC company is making sure they have equivalent models to quench the new trend. These monitors easily allow you to work on two or even three documents simultaneously without switching tasks.

The HP Z Dislpay Z34C and HP Envy 34C are both 34-inch curved displays with a resolution of 3,440 x 1,440 pixels resolution. Both monitor models are pretty much identical from design to actual performance capabilities, but have a few feature differences.

HP discloses that both monitors use a VA-type panel with 350 nits of brightness and have a rated contrast ratio of 3000:1. The monitors offers dual HDMI inputs (one of which is MHL compatible), and a single DisplayPort 1.2 port. A striking aspect of both the ultra wide monitors is the speaker panels on both ends, which make the monitors appear extra wide, but will certainly surround you with reasonably powerful audio (well, at least by monitor standards). By the way, they sport twin 6W speakers per channel and are DTS certified. 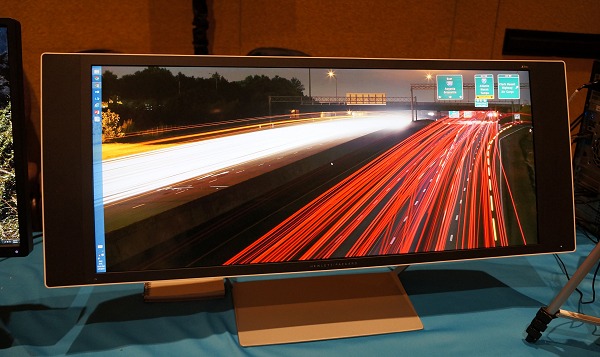 That's where the similarities end. The Z34C has 180 degrees of pivot and a standard audio input jack to drive the audio. On the other hand, the Envy 34C has twin downstream USB 3.0 ports and one upstream USB port (oddly the Z34C doesn't have any media ports). For audio input, you would have to rely on the USB input to the monitor or via HDMI/DisplayPort.

Both monitors are set to be available in April for US$999.

If ultra wide screens aren't really your thing but you need really high resolution screens for content creation, HP's Z27 monitors are conventionally sized but come in both 4K and 5K resolution variants - the Z27s and Z27q respectively. 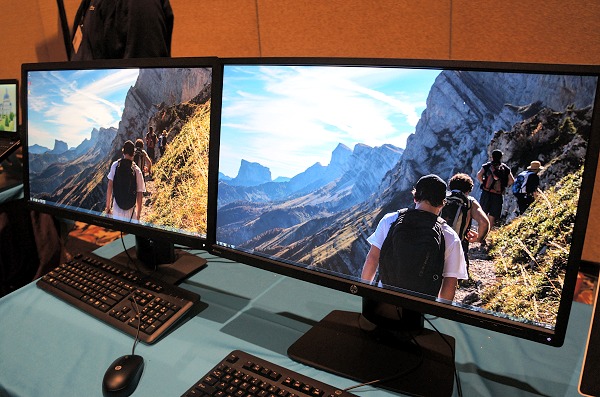 In terms of specs, both are using IPS panels, have 300 nits of brightness, a 1000:1 contrast ratio. Like the ultra-widescreen monitors, both of these high-res screens also have feature differences.

The 5K resolution capable Z27q uses dual DisplayPort 1.2 ports for inputs, has five USB 3.0 ports and the display has 180 degrees of swivel.

The 4K edition, Z27s, has dual HDMI ports (one of which is MHL compatible), one DisplayPort 1.2 and one Mini-DisplayPort 1.2. Also, it has five USB 3.0 ports, 45 degrees of swivel with 90-degree pivot rotation.

Of course the last bit of difference is the price. The Z27s will be available later this month for US$749, while the higher resolution Z27q will be available from March at about US$1,299. Interestingly, the Z27q 5K monitor's price is half the price of Dell's UltraSharp 27 that's selling currently for US$2,499.

Join HWZ's Telegram channel here and catch all the latest tech news!
Our articles may contain affiliate links. If you buy through these links, we may earn a small commission.
Previous Story
ASUS showcases new portable LED projectors at CES 2015
Next Story
Chinese company offers Apple Watch clone for US$27 at CES 2015