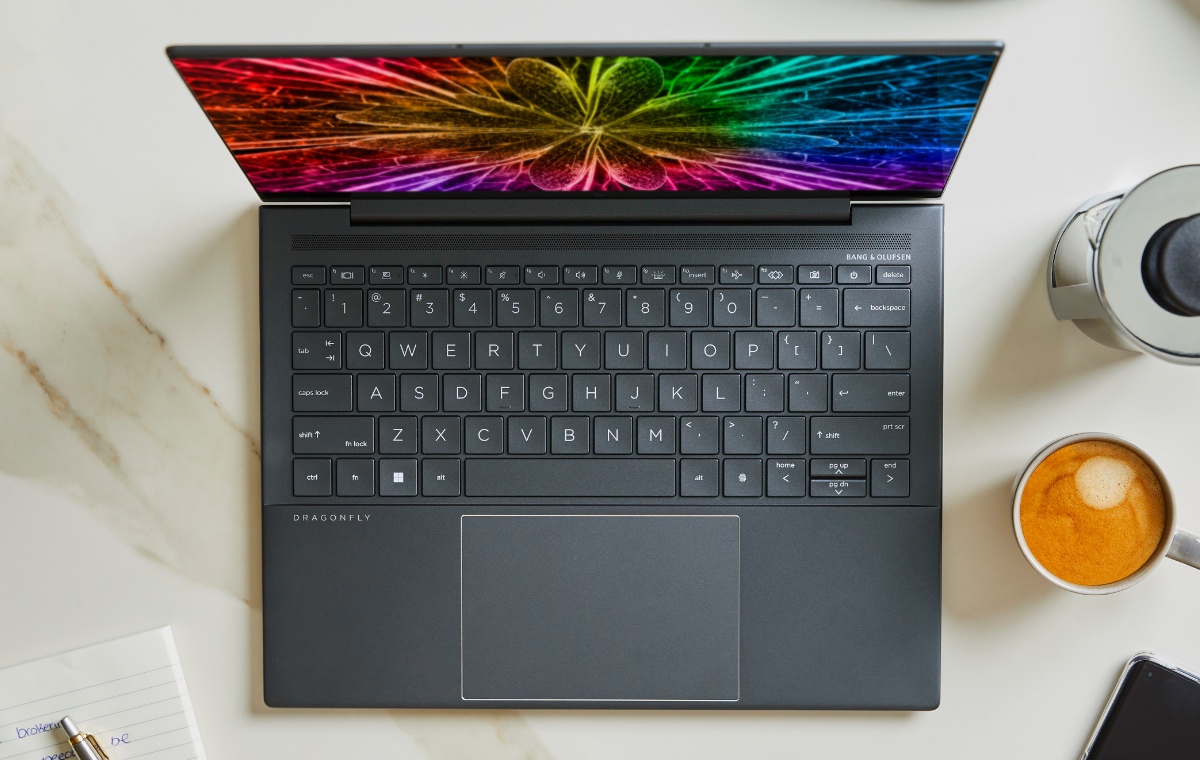 The pandemic has caused workplace attitudes to change and one of the biggest changes is the concept of hybrid work. It is the idea that we can be equally productive in the office and outside of it. And it is one of the things that's at the top of HP's mind when they were designing their latest Dragonfly work notebooks.

Common to these two notebooks are their support for HP Presence – the company's suite of conferencing and collaboration technologies and products. This includes an Appearance Filter that enhances a user's onscreen image, and devices like 4K cameras, microphones and audio-video bars. 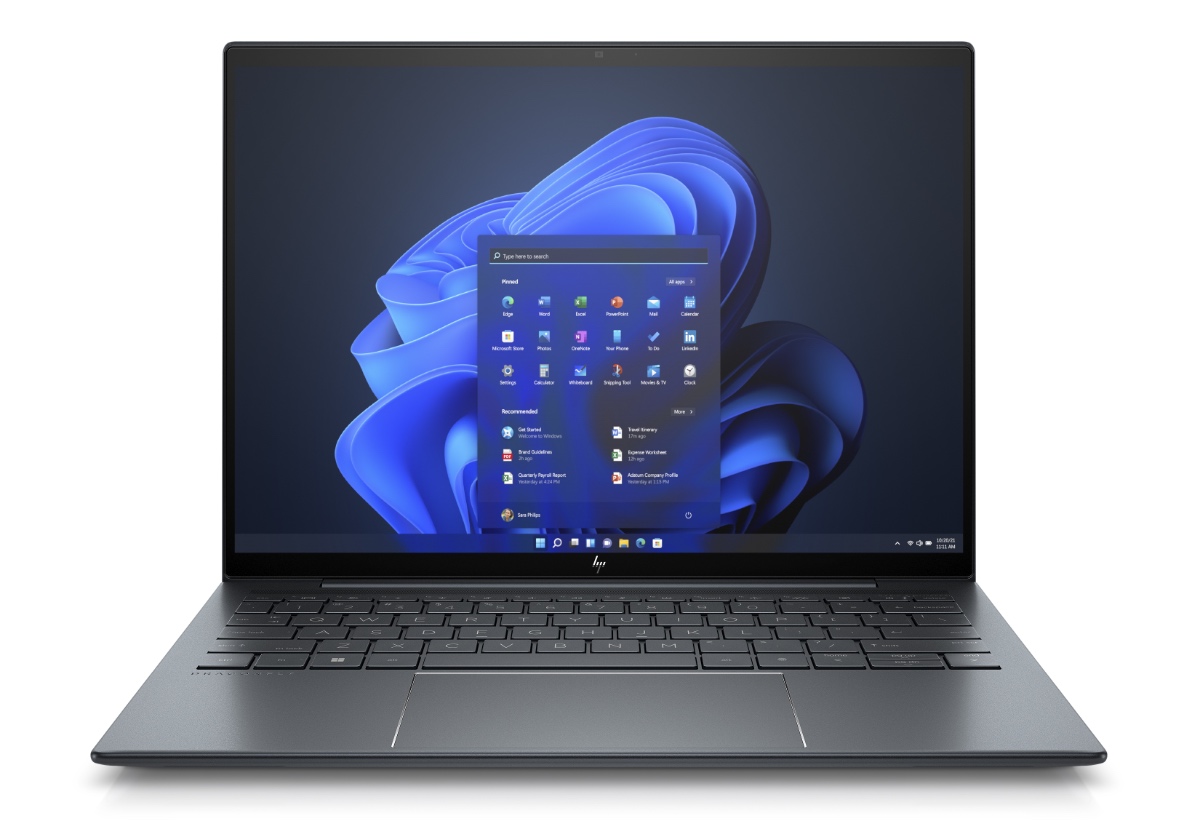 Despite its thin and light form factor, HP says the notebook passes MIL-STD-810H tests for durability. It can also withstand up to 1000 cycles of sanitisation.

It has a 13.5-inch display which has a taller 3:2 aspect ratio that many users say is more conducive for work. Businesses can opt for a regular WUXGA+ LCD panel or a 3K2K OLED panel.

Inside, it's powered by Intel's new mobile Alder Lake processors. This can be paired with up to 32GB of memory. Maximum storage is 2TB courtesy of an M.2 PCIe 3.0 x4 SSD.

To aid in video conferencing, the Elite Dragonfly G3 has speakers from Bang & Olufsen and four discrete amplifiers. It also has HP Dynamic Voice Leveling that helps optimise voice clarity and AI-based noise reduction technologies that enhance audio so users can hear others clearly even if they are speaking with a mask on. 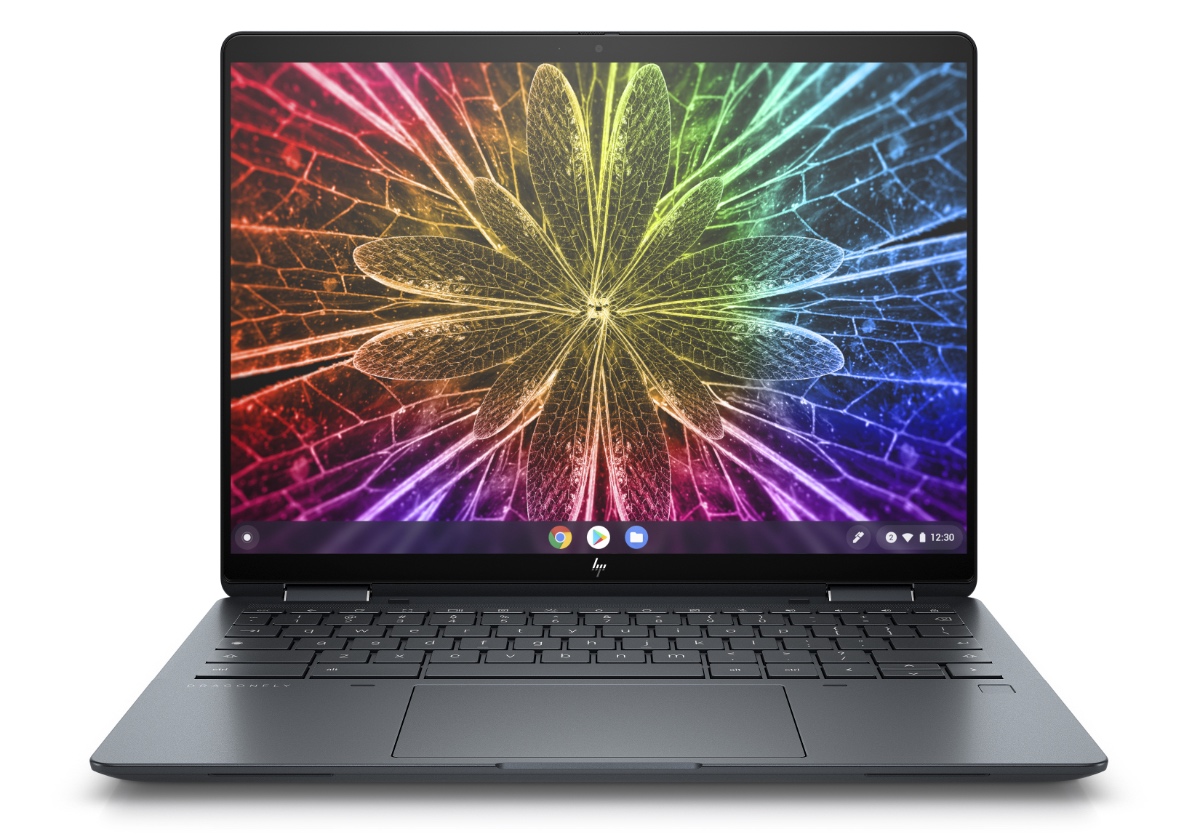 To start, it has a 13.5-inch display that has a 3:2 aspect ratio and comes in two resolutions: WUXGA+ and QHD+. The hinge is fully articulating so the Elite Dragonfly Chromebook can be folded and used as a tablet. 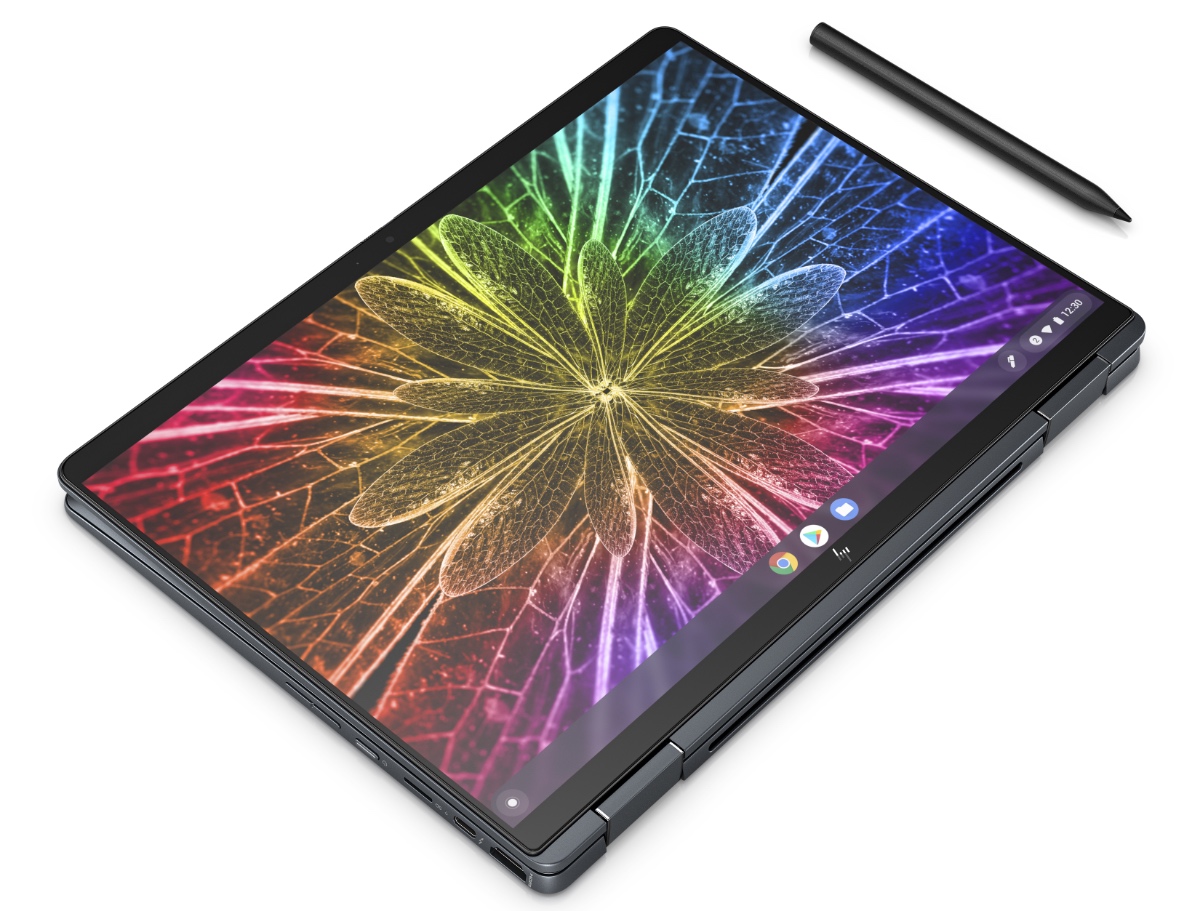 To ensure a great video conferencing experience, the notebook has a 5MP front-facing camera and audio tuned by Bang & Olufsen.

Users can also opt to purchase a pen for note-taking and sketching.

HP doesn't disclose what processors the notebook will come with and only states that it comes with a "Next Gen Intel Processor." However, they did mention that this is the world's first Chromebook to support Intel vPro.

Join HWZ's Telegram channel here and catch all the latest tech news!
Our articles may contain affiliate links. If you buy through these links, we may earn a small commission.
Previous Story
Gigabyte rolls out new Aorus and Aero series notebooks designed for gamers and professionals
Next Story
LEGO's new Architecture Skyline set features Singapore and its iconic landmarks (Updated)