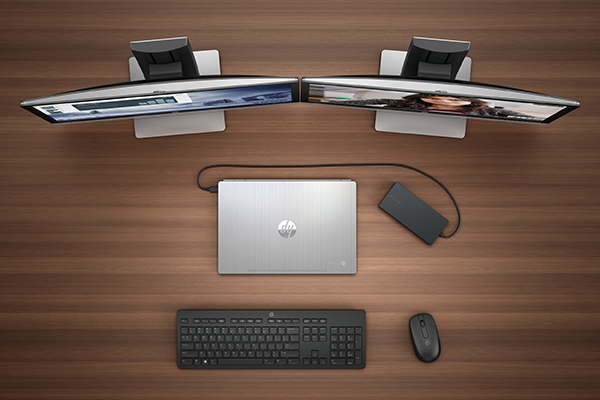 Chromebook’s have traditionally occupied the lower segment of the PC market, where they catered to users who really only needed a device with basic computing functions. So when HP announced the Chromebook 13, a sleek, all-metal device with surprisingly beefy specifications, in Google’s New York office, we – and everyone else – definitely took notice.

The base model features a Skylake-based Pentium 4405Y (1.5GHz, 2MB cache) processor, 4GB of DDR3 RAM, and a 1080p display. That chip is also actually a Core M-derived Pentium CPU, which is still more powerful than most of the other Celeron and Pentium chips that come with many low-end Chromebooks.

But things start to get more interesting as you move up the price scale. The top-end model can be configured with up to an Intel Core m7-6Y75 (1.2GHz, 4MB cache) processor, an impressive 16GB of RAM, and a 3,200 x 1,800-pixel display (the same resolution as that found on many premium ultrabooks today). The Core M processor may not rival the Core i series chip found in Acer's just-announced Chromebook 14 for Work, but it's still fairly powerful in its own right.

All of the models have 32GB of eMMC storage, 802.11ac Wi-Fi with up to 867Mbps of throughput, and Bluetooth 4.2. They also come with a backlit keyboard with a multi-touch trackpad.

There’s also a decent selection of ports, comprising two USB Type-C ports and one Type-A port. The two Type-C ports support charging and video output as well, so you get the right mix of functionality and a streamlined design. 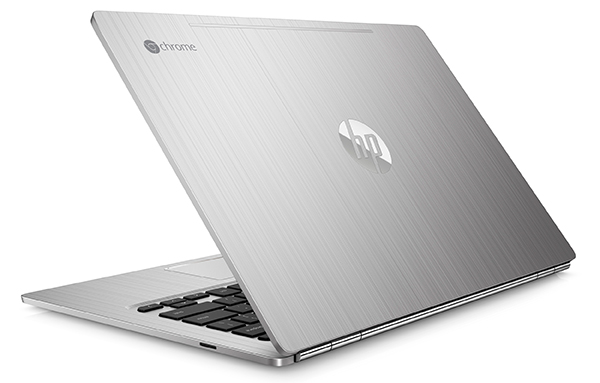 Google is actually said to have collaborated with HP on the Chromebook 13’s design, which isn’t surprising because the search giant has long been seeking out higher-end machines to showcase the capabilities of Chrome OS. Sure, it has the Chromebook Pixel for that, but that device is now a year old and the Chromebook 13 is a refreshing and attractive alternative. What’s more, the notebook will even work with HP’s Elite USB-C Docking Station.

The all-aluminum body sports a striking brushed metal texture on the lid, while the rounded hinge has echoes of the Chromebook Pixel. Discounting the Chrome logo on the lid, you’d be forgiven for thinking that this was a laptop from HP’s Spectre or EliteBook line-ups.

Prices range from US$499 to US$1,029 for the top model, with units expected to begin shipping in May. As you may have guessed from the docking station support, HP is actually going after business and enterprise customers with the Chromebook 13. Still, there’s a lot about the new Chromebook for consumers to like, especially if you go for the mid-range US$599 configuration with an Intel Core m3-6Y30 (900MHz, 4MB cache) processor, 4K display, and 4GB of RAM.