While we’re still waiting for AMD’s answer to NVIDIA’s 900-series Maxwell graphics cards to drop, HP has gone ahead and announced a new family of all-in-one (AIO) desktop and tower PCs that will feature AMD’s next-generation graphics hardware. It also introduced a new 4K display to go with its latest desktop offerings.

Here’s a table summarizing the key specifications, prices and expected availability of the new products before we dive into the pertinent bits:- 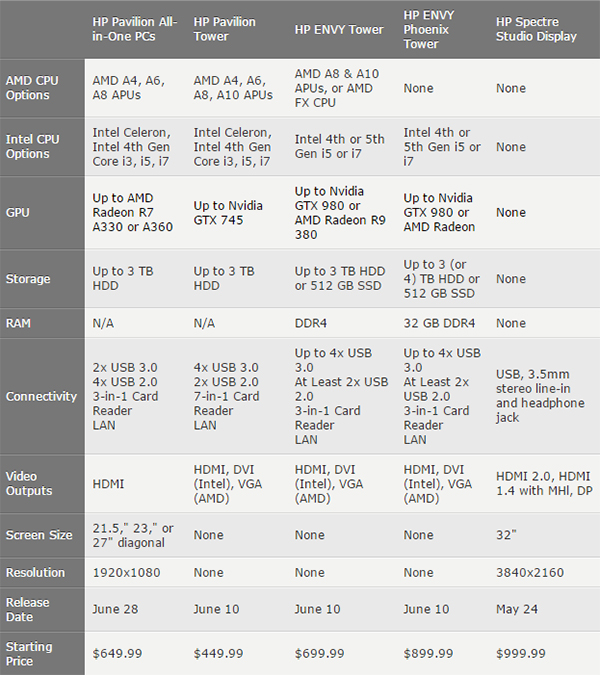 The HP Pavilion family is receiving updates to both its AIO and tower PCs – the AIO line-up will feature a new design with an adjustable pedestal floating display that will stand out in any living room, while the tower PCs will have new color options. Both product families will also be updated with newer hardware components.

In addition, the new AIO PCs will feature an edge-to-edge full HD IPS glass display available in 21.5 inches, 23 inches or 27 inches. The HDMI output will allow users to hook up a second monitor or even a TV. Finally, the new PCs will supposedly sport AMD’s 300-series cards, and users can choose between the AMD Radeon R7 A330 or A360 graphics cards. The “A” prefix is new, and it remains to be seen what position it designates in AMD’s upcoming graphics card line-up. 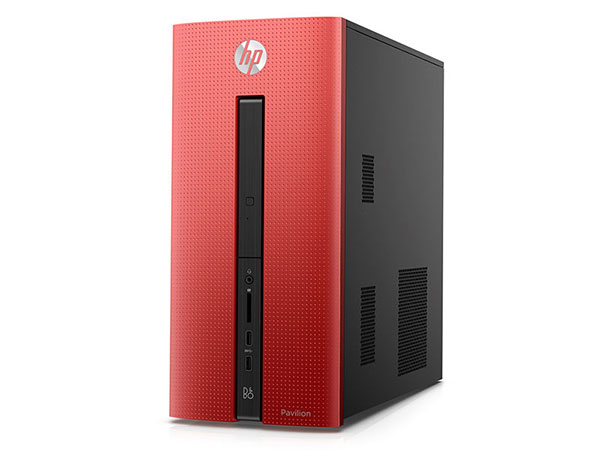 The HP Pavilion Tower will come in new colors, namely, blizzard white, natural silver, nobel blue and sunset red. Unlike its AIO siblings, HP hasn’t listed support for the new AMD GPUs and has only said that it will support up to a NVIDIA GeForce GTX 745.

All PCs in the Pavilion family can be configured with up to 3TB of storage to store large multimedia files.

Join HWZ's Telegram channel here and catch all the latest tech news!
Our articles may contain affiliate links. If you buy through these links, we may earn a small commission.
Previous Story
Huge demand for gold Samsung Galaxy S6 and S6 Edge in Europe
Next Story
Even the FTC is looking into Apple’s upcoming music streaming service