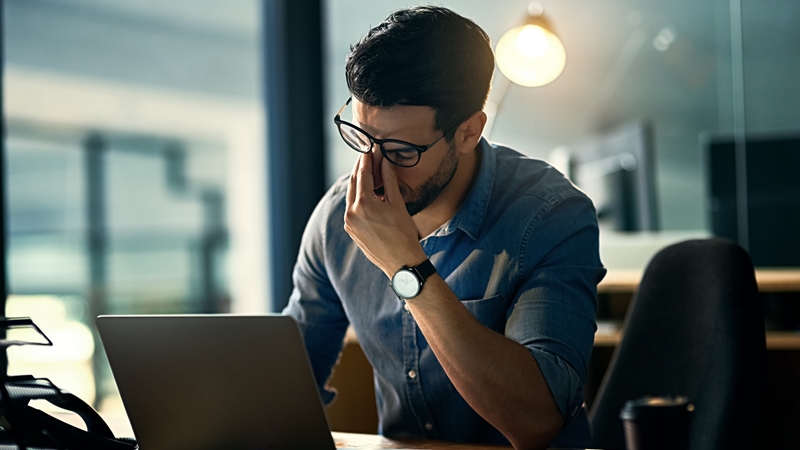 Yes, it’s quite the “shower thought”, but have you ever wondered exactly how sharp the average human eye would be in terms of megapixels? Go on; make a wild guess. For reference, the most advanced phone cameras right now are in the 12-megapixel range.

Surprise, surprise…the scientific answer is 576 pixels. Now isn’t that a real eye-opener? Pun fully intended. However, unlike your phone camera, the performance of our eyes can deteriorate over the years, and with digital technology occupying so much of our daily lives, suffice to say they’re put under immense strain day in and day out.

Fortunately, digital technology is not the only thing that has made great advancements. Companies such as Hoya Vision Care have also developed cutting-edge products to help protect our two “visual buddies”. As Japan’s premier optical lens specialist (they’ve been operating since 1941), the company has a wealth of experience dealing with issues such as digital eye strain, and their Sync III digital lens is tailor-made to counteract it while still ensuring maximum comfort and support for your eyes. 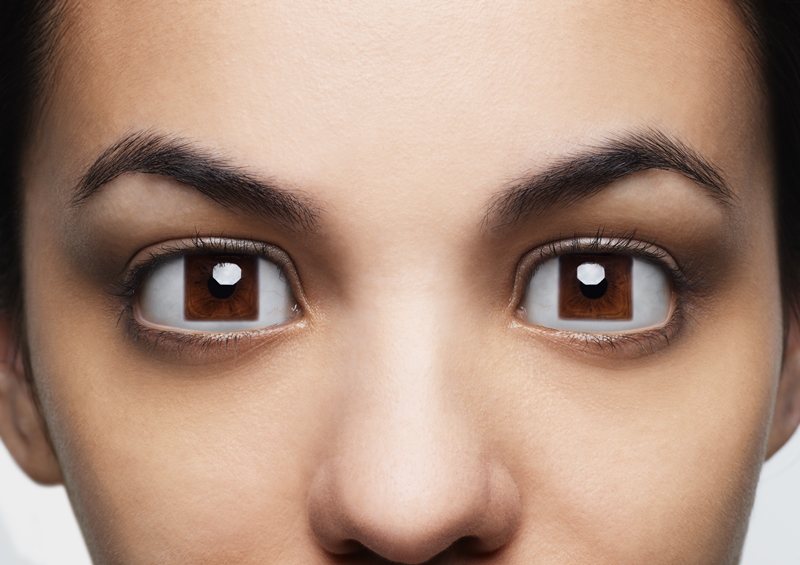 But what’s the big deal about digital eye strain in the first place? Based on research findings, many people spend an average of 8 to 10 hours a day looking at screens or any near task. In fact, we dare say it’s even more prominent now than before considering many of us have adopted a work-from-home arrangement - the average person now spends more than 10 hours a day using digital devices, be it a smartphone, computer or other digital screens like tablets. Switching between different devices can make the condition worse too, as your eyes never get the chance to relax.

As for the condition itself, it is more of a collection of individual and often annoying symptoms, such as headaches, fatigue, dry eyes, fluctuating vision and even photosensitivity.

Granted, they aren’t exactly debilitating or life-threatening, but you don’t need to be a doctor to see how they might impact your productivity at work or school. Speaking from experience, even dry eyes alone can be an absolute nuisance when you are doing mundane office tasks like typing up emails or making coffee. That’s just during office hours, too - the effects of digital eye strain aren’t confined to an eight-to-five work cycle like most of us are, and having to suffer the symptoms when all you’re trying to do is relax with a few games or YouTube videos on weekends can be irritating at best.

Say hello to the Sync III

So, there’s the problem, and here’s the solution: namely Hoya and their executive single vision lenses such as their Sync III. Not only is it cut using a complex Hoya mathematical algorithm to guarantee precision, but it also sports various accommodative support features to help reduce digital eye strains. In a nutshell, putting a pair of these lenses on is as close to an all-in-one ophthalmic “care package” as you can get, especially if your work demands long hours spent in front of your phone or computer.

There is no question about whether it works. In a study comparing the severity of digital eye strain symptoms in users of the Sync III, a whopping 84% of respondents indicated a positive improvement, with 94.7% of them appearing quite satisfied with it. Now that might not appear to be very impressive at first glance, but when you have been through the nasty collection of ailments that digital eye strain has to offer, it’s a different story.

But like any story, there are different “chapters” within the Sync III designed to safeguard the eyes, and the largest one is its patented Boost Zone, which is located at the bottom of the lens. This is basically an area with a higher degree of “relaxing power”, and what it does is ease the optical pressure exerted on your eyes when using digital devices close-up, allowing you to stay focused on the task for longer periods. It even has three different boost options, or “powers” as Hoya refers to them, which can be chosen to accommodate different user profiles and levels of eye strain using their handy Sync III iSelect tool. Don’t worry, you won’t be hooked up to some complex machine – it’s simply a questionnaire that helps users choose the best-fit pair of lenses for their lifestyle.

Naturally, the next question that pops up here is whether the additional power will distort your view or cause discomfort. Of course not. Sync III lenses come with Hoya’s Image Equaliser and Smooth Switch features, so the lenses feel as natural as your own eyes. The former minimises image distortion while enhancing visual clarity, while the latter adapts to provide relaxed vision even when the user switches rapidly between different digital devices.

If that’s not tempting enough, perhaps taking it one tier up to the Sync III Pro might do the trick. Upgrading to these premium lenses allows the user to further optimise visual performance by customising the lens to suit the shape of their spectacle frames and even the positions they’re worn – it’s rather impressive to know your spectacles can be tailored just for you.

On top of that, the Sync III also comes equipped with their award-winning Hi-Vision LongLife (HVLL) coating, which not only provides UVA/B protection but also repels common lens-related annoyances such as oil, water and dust. Additionally, its durability, anti-reflective and scratch-resistant properties make it extremely hardy.

That’s not all. It can also be “sync-ed up” with Hoya’s other cutting-edge add-ons such as their BlueControl treatment and photochromic Sensity lens, allowing you to add extra safeguards to your lenses. In fact, BlueControl seems like a particularly great choice - digital devices emit tons of harmful blue light, which can damage the retina over time and even impact users’ sleep patterns, so having extra protection against it certainly doesn’t hurt.

Meanwhile, Sensity lenses are great if you’re the outdoorsy sort. These photochromic lenses darken outdoors and quickly fade back to full clarity indoors, providing flawless vision in either scenario. They are highly customisable too, and come in 3 different variations (Sensity, Sensity Dark & Sensity Shine) to satisfy your outdoor requirements and style.

As Hoya puts it, “our eyes aren’t made for screens”, but the Sync III certainly is, and like any professional task, there is always the right tool for the job..With its patented Boost Zone to compatibility with most, if not all of Hoya’s other offerings, Sync III will definitely be able to solve all your digital eye strain issues. It’s an amazingly versatile product that you can further customise for protection or performance as your circumstances require. Top that off with the company’s decades of experience and eye care expertise both in Japan and all over the world, and it’s safe to say you (and your eyes) are in good hands

Plus, for a limited time only, the company is offering a free upgrade from Sync III to Sync III Pro lenses so you can enjoy even greater benefits – simply visit Hoya Vision Care website or drop by one of Hoya’s affiliated eye care partners to find out more.

Our articles may contain affiliate links. If you buy through these links, we may earn a small commission.
Previous Story
Holiday Gift idea 3: True wireless goodness for exercise-related New Year resolutions
Next Story
Riot Games have announced that a League of Legends MMO is in the works