Apple TV+ is now available in Singapore, here's how you can get one-year free subscription

Apple TV+ is now available in Singapore, here's how you can get one-year free subscription

Note: This article was first published on 2 November 2019.

It's 2 November and that means Apple TV+ has officially launched in Singapore.

It was announced earlier in September that Apple TV+ will launch in Singapore on 2 November and that subscription will cost S$6.98 a month.

However, anyone who has purchased an Apple device (iPhone, iPad, Mac, Apple TV, or iPod Touch) after 10 September will get one year's subscription for free.

To redeem this free subscription, make sure your device is running the latest version of its OS and simply launch the Apple TV app. 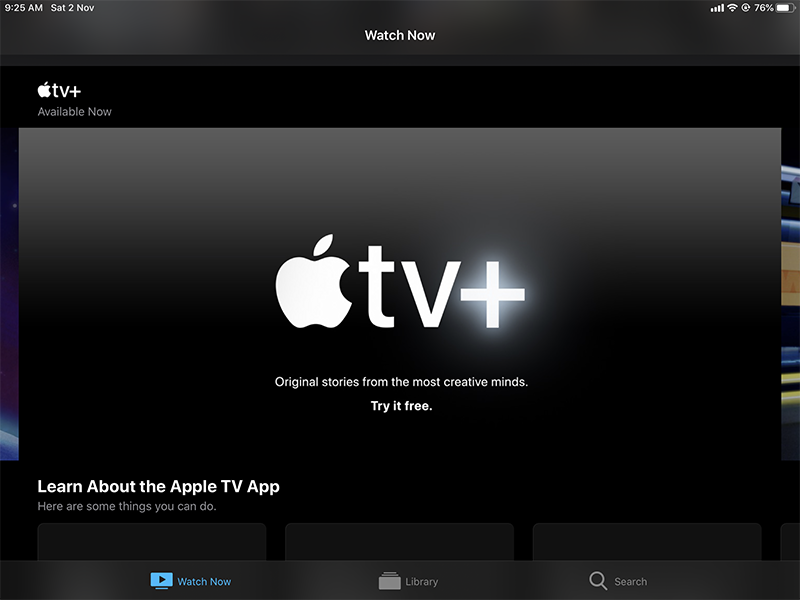 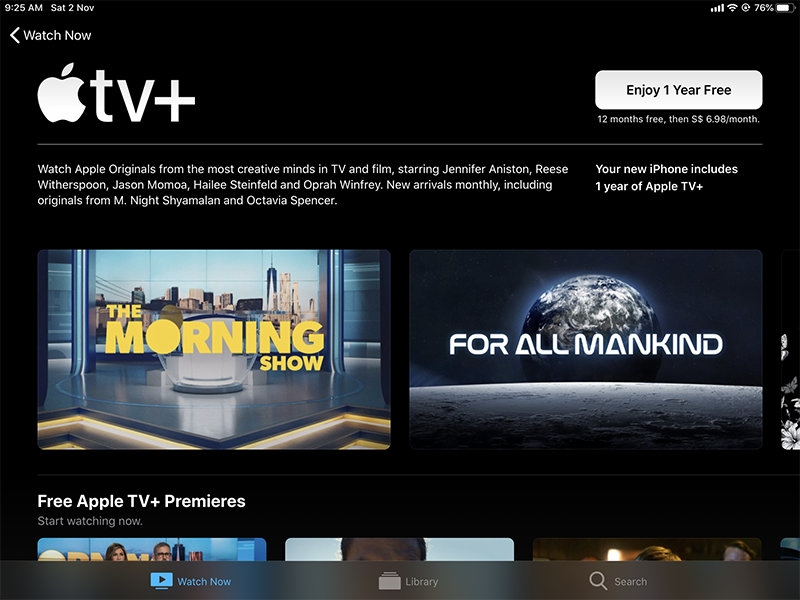 Scroll down to the Apple TV+ section and tap it. Next, you should see the offer like in the screenshot above.

Simply tap on it to start your one-year free subscription to Apple TV+. You will not be charged during the one-year trial.

If you haven't brought an Apple device recently, you can still qualify for a trial for Apple TV+ but for a shorter period of 7 days.

At launch, Apple TV+ will feature originals such as "See", "The Morning Show", "Dickinson", "For All Mankind", "Helpsters", "Snoopy in Space", "Ghostwriter" and "The Elephant Queen." There's also book club content from Oprah Winfrey.

You can watch Apple TV+ directly on your iPhone, iPad, iPod Touch, or Mac. You can also watch on your browser by going to tv.apple.com.

For those who want to watch on their TVs, check if your TV has the Apple TV app — most new Samsung TVs do. Otherwise, you can mirror content from your Apple device to your TV as long as your TV supports AirPlay 2.

Join HWZ's Telegram channel here and catch all the latest tech news!
Our articles may contain affiliate links. If you buy through these links, we may earn a small commission.
Previous Story
Google Maps goes incognito and Android users get to enjoy it first
Next Story
Microsoft's new Edge browser logo no longer looks like Internet Explorer