Here's how the astrophotography mode works on the Google Pixel 4

Here's how the astrophotography mode works on the Google Pixel 4 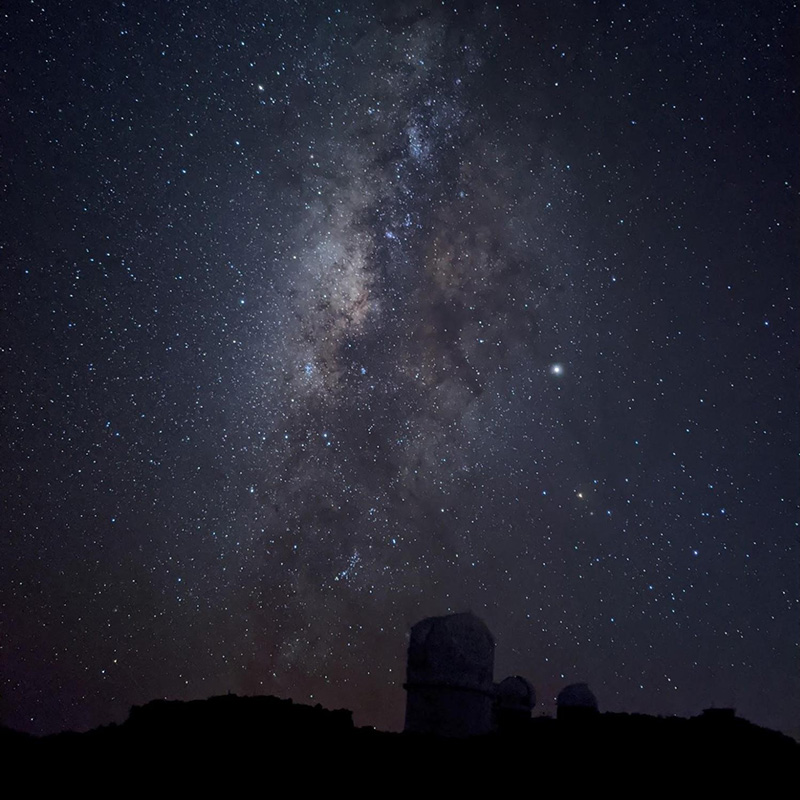 Google's Night Sight feature on the Pixel 3 was truly jaw-dropping in terms of what it could accomplish, and we've since seen various other brands implement similar night modes on their phones to great effect, including this year's iPhone 11. However, Google took things up a notch with the Pixel 4, introducing a dedicated astrophotography mode for capturing the night sky.

Now, Google has written a blog post that explains how exactly you're able to take pictures of the Milky Way.

As the company mentioned on stage at the Pixel 4's launch, this requires long exposures and a steady frame, so you'll need a tripod, or at least a surface to rest the phone on. In fact, Google increased the maximum exposure time to four minutes on the Pixel 4, up from just one minute on the Pixel 3 and 3a.

Ultimately, the goal of longer exposure times is to produce a cleaner and higher quality image by letting more light reach the image sensor. However, long exposure times also make it easier to introduce blur, usually a result of movement in the scene being photographed or unsteadiness of the camera itself. To get around this, Night Sight splits the exposure into multiple frames with shorter exposure times. So while individual frames may look grainy, the combined, averaged image will look a lot cleaner. 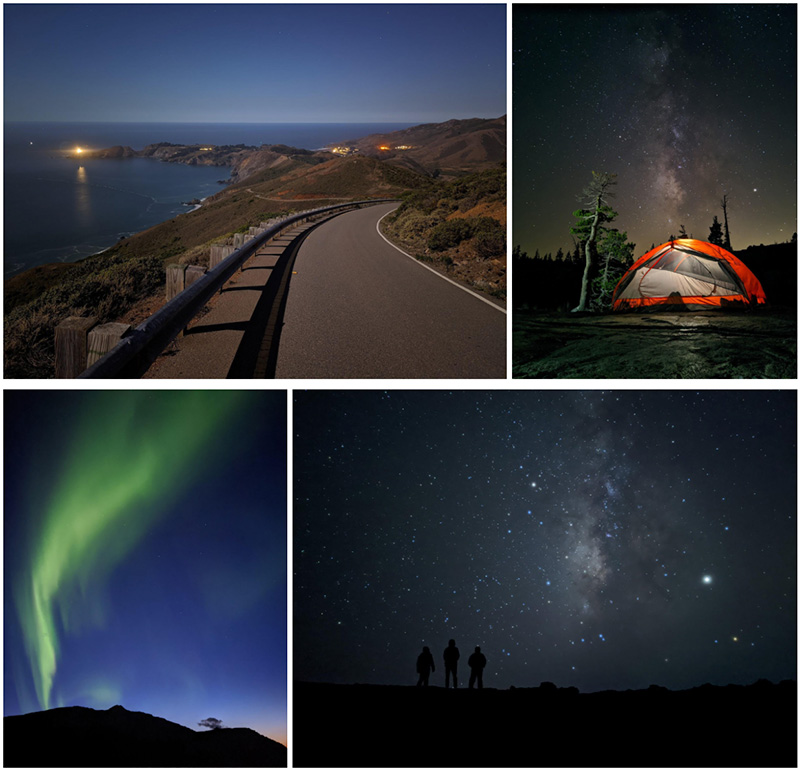 When it comes to astrophotography, it's especially important to avoid motion blurring with regard to the stars. Motion-blurred stars end up looking like short line segments, which don't look good at all. The multiple frames with short exposure times help the stars stay as points of light, and Google says it found that the per-frame exposure time should not exceed 16 seconds.

On the Pixel 4, this means combining 15 frames, each lasting for 16 seconds, for a four-minute total exposure time.

But there are other problems that arise with extended exposure times too. One of these is something called warm or hot pixels, which appear as tiny bright dots in a picture even when there are none in the scene. According to Google, it can identify these bright dots by "comparing the values of neighbouring pixels within the same frame and across the sequence of frames recorded for a photo". In this way, it can pick out outliers and conceal them by replacing their value with the average of their neighbours.

Another issue is scene composition, where it becomes more challenging to show details of the landscape itself at night. Usually, the viewfinder is updated at least 15 times a second, so frame exposure time is limited to just 66 milliseconds. That's hardly enough time to capture enough light, which means the landscape looks really gray. Google solved this by deploying a "post-shutter" viewfinder, displaying each long-exposure frame on screen as soon as it has been captured. This clears up the scene on the viewfinder and helps you compose a shot more easily.

It does something similar for autofocus, switching to a post-shutter autofocus that captures two autofocus frames with 1 second exposure times after you press the shutter button.

Finally, Google had to ensure that photos taken at night actually look like they're taken after the sun has gone down. Multiple night exposures can make the sky appear too bright, especially if there's a full moon, so a viewer might get a skewed perception of time of day. Night Sight employs machine learning to detect the regions of sky in an image, and then selectively darkens these sections in low-light scenes. 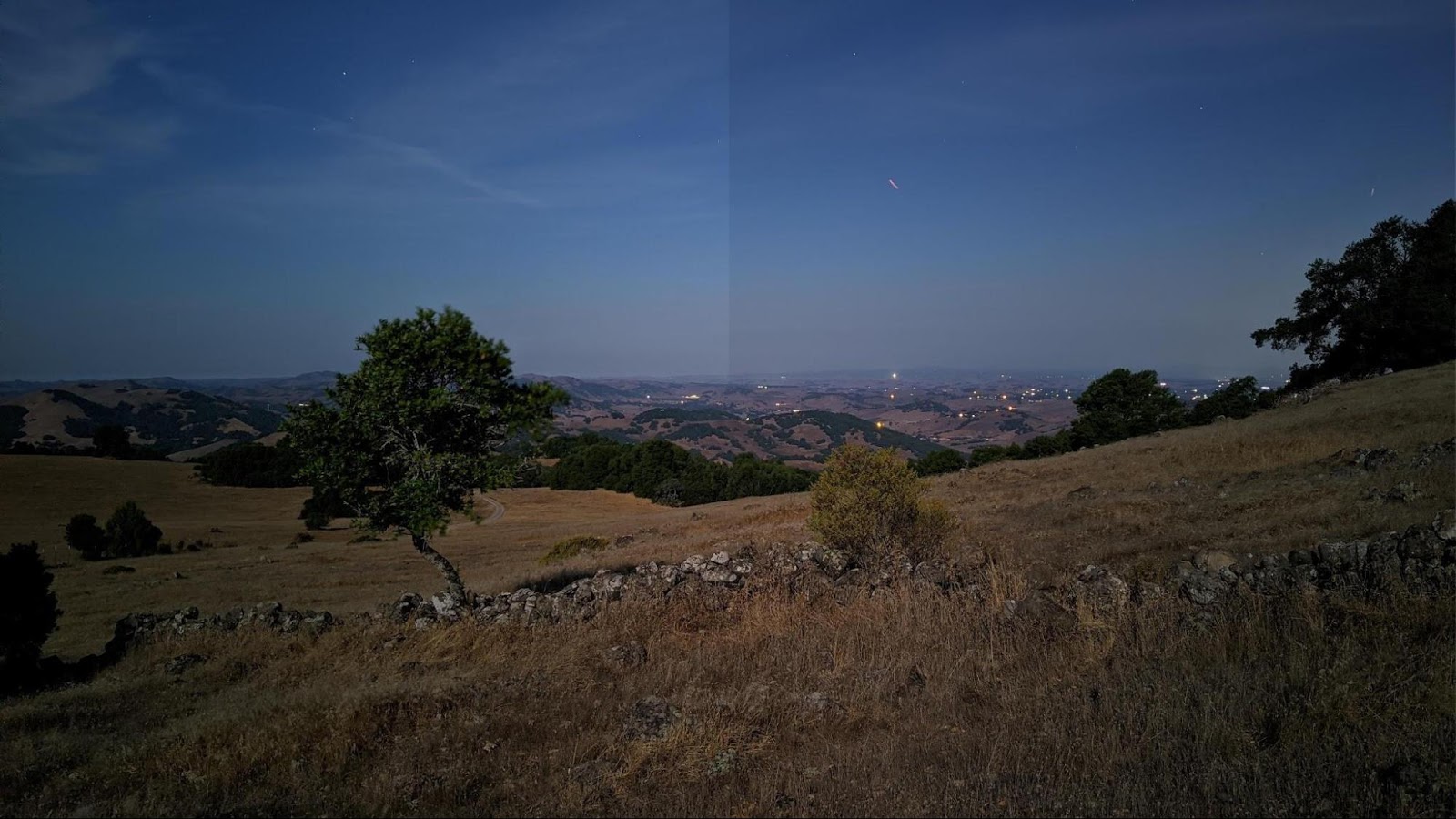 This sky detection also makes it possible to carry out sky-specific noise reduction, and even increase contrast to make things like clouds, colour gradients, or the Milky Way stand out more.

Join HWZ's Telegram channel here and catch all the latest tech news!
Our articles may contain affiliate links. If you buy through these links, we may earn a small commission.
Previous Story
ViewQwest introduces new plans that bundles Netgear's new Orbi WiFi 6 mesh networking systems
Next Story
Canon EOS R — A mirrorless camera system designed with an eye to the future