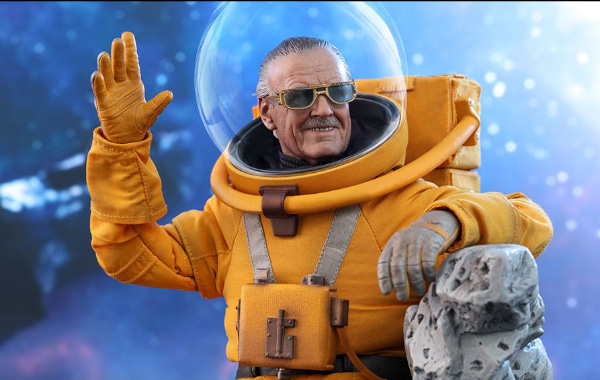 Hot Toys is paying tribute to the late Stan Lee by immortalizing him in an exclusive Toy Fair 2019 figure.

This exclusive figure features the legendary comic scribe as he appears in his cameo appearance in Guardians of the Galaxy Vol. 2.

In the scene, Lee appears on a planet speaking to the Watchers as Rocket, Groot, Yondu, and Kraglin space-jump above them.

And so, Lee is presented here in his bright yellow spacesuit and the piece of rock that he was sitting on.

The figure features 30 points of articulation and can be managed to achieve just about any pose you can imagine. Lee also comes with his signature pair of glasses and extra pairs of hands. The helmet is also removable. 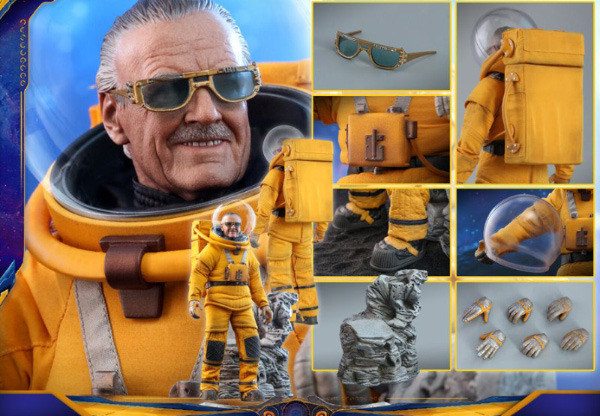 But more impressive than any of this is the likeness of the figure and the incredible attention to detail of his outfit.

To be clear, this isn’t the first time Hot Toys has released a Stan Lee figure. They did another one back in 2015, but that figure wasn’t based on any of his cameo appearances in the MCU. 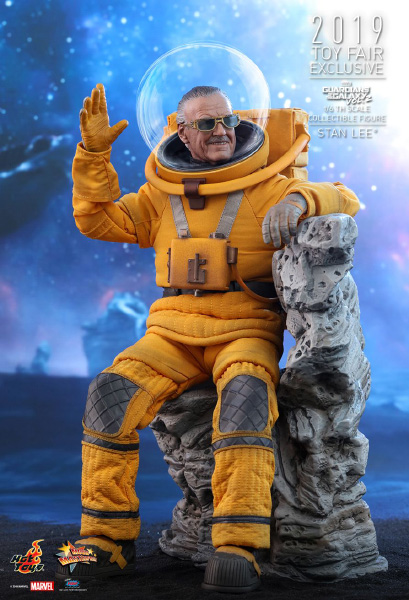 Unfortunately, there’s no word yet on exact availability and pricing. Hot Toys will only say that it will be available later this year or early next year. As for pricing, one should expect it to cost roughly the same as other Hot Toys figures, so put aside S$350 to be safe.