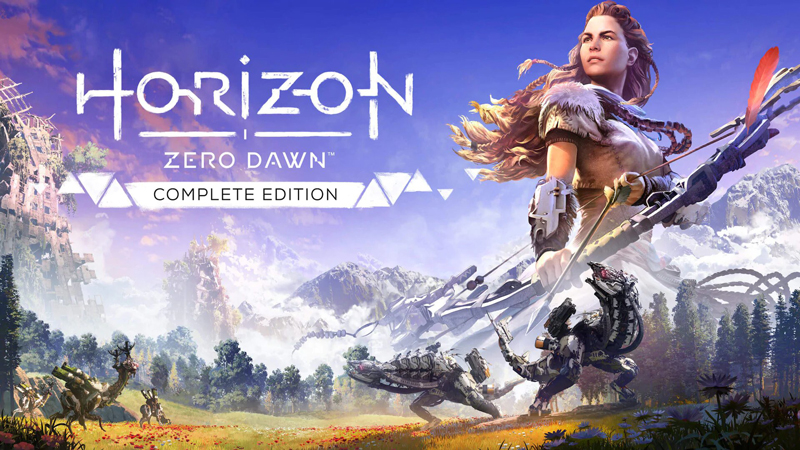 You’re finally going to be able to hunt robot dinos with Aloy on PC!

Guerrilla Games just announced a ton of new details on Horizon Zero Dawn’s upcoming PC release. What was once a PlayStation 4 exclusive will arrive on Steam and the Epic Games Store on August 7, 2020.

Titled Horizon Zero Dawn Complete Edition, the 2017 game will come bundled with all previously-released downloadable content. That includes its massive expansion, The Frozen Wilds, which introduces an entirely new winter-themed segment of the open world environment with a new line of story quests.

PC players will also get a bunch of additional improvements absent in the PlayStation 4 version of the game. The PC edition will include dynamic foliage and improved reflections, as well as all the usual PC features - benchmarking tools, unlocked framerates, ultrawide support and more settings to fiddle with.

Horizon Zero Dawn takes place years into the future, after humanity has been driven to near extinction by a mysterious force. Civilisation has devolved back into tribal communities, using basic weaponry to fend off robotic dinosaurs and animals that wander the environment. The story follows a young woman named Aloy, who seeks to uncover the hidden truths behind the collapse of humanity - though she has no idea just how deep that well goes.

Horizon Zero Dawn Complete Edition will launch on both Steam and the Epic Games Store for US$49.99 (around S$68) on August 7, 2020. You'll have plenty of time to catch up before the upcoming PlayStation 5 sequel!

Join HWZ's Telegram channel here and catch all the latest tech news!
Our articles may contain affiliate links. If you buy through these links, we may earn a small commission.
Previous Story
The Nintendo Switch port for Doom Eternal is on its way
Next Story
My Friend Pedro is getting a TV series helmed by John Wick writer Derek Kolstad