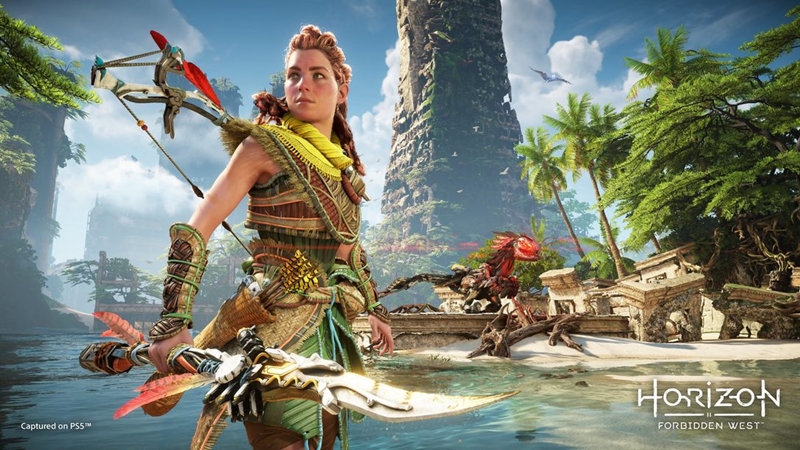 In terms of prominence within the modern video gaming sphere, it's no exaggeration to say that Horizon Zero Dawn ranks among the best - every single gamer out there has probably come across it or its teenage protagonist Aloy at some point.

And now she's back, in a spectacular gameplay trailer for Horizon Forbidden West, no less.

Revealed as the sole highlight in Sony's monthly State of Play livestream earlier this morning, the sheer beauty and magnificence of Aloy's "expanded" world viewed through the lens of the PlayStation 5 didn't just knock the ball right out of the park. Heck, the ball is probably somewhere in space right now, and between the jaw-dropping graphics, Aloy's new robotic raptor-like foes, and the brave heroine herself, there's a lot for fans to be excited about. In fact, I thought letting viewers experience the all-new underwater mechanics the way they did in the trailer put a really nice cherry on top. All in all, the gameplay segment showcased about twenty minutes of footage, and you can check it out for yourself below when you've got the time.

Frankly, if there's anything worth nitpicking about the trailer, it's probably the lack of a release date. Although the developers have already announced that Forbidden West is set to arrive sometime this year, not having a concrete date to note down on the calendar can be pretty frustrating. Come on, Guerrilla - drop the numbers already!

Join HWZ's Telegram channel here and catch all the latest tech news!
Our articles may contain affiliate links. If you buy through these links, we may earn a small commission.
Previous Story
Apple is likely to announce these new features for iPadOS 15 and iOS 15 at WWDC
Next Story
The entry-level iPad and iPad mini could get a big design revamp this year