Hooq to liquidate due to competition and monetisation challenges

Hooq to liquidate due to competition and monetisation challenges 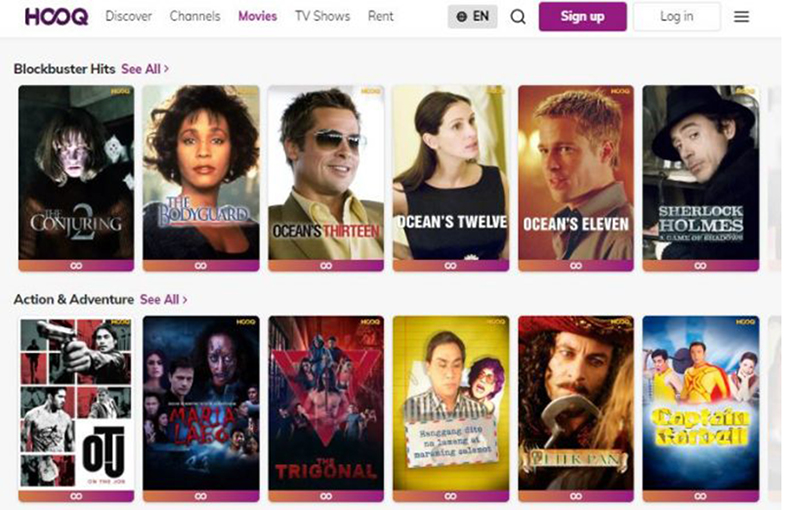 This article is contributed by Fiona Lam and a version of it first appeared in The Business Times, an SPH publication, on March 27, 2020.

HOOQ Digital, a joint-venture company in which Singtel has an indirect 76.5% effective interest, has commenced a creditors' voluntary liquidation.

A shareholder meeting as well as a creditor meeting will take place on April 13, the video-on-demand streaming service provider said in a media statement on Friday afternoon.

Since the company was founded five years ago, "significant structural changes" have occurred in the over-the-top (OTT) video market and its competitive landscape, Hooq said in its statement.

OTT film and television content is provided via a high-speed Internet connection rather than a cable or satellite provider.

"Global and local content providers are increasingly going direct, the cost of content remains high, and emerging-market consumers' willingness to pay has increased only gradually amid an increasing array of choices," Hooq said.

As a result of these changes, a viable business model for an independent OTT distribution platform has become increasingly challenged, it added.

Hooq has thus been unable to grow sufficiently to provide sustainable returns nor cover escalating content costs and the continuous operating costs of the platform, according to the statement.

Janice Chong, Fitch Ratings' director of Asia-Pacific corporate ratings, told The Business Times (BT) that the premium OTT video business is challenging amid "intense competition" in video-streaming services, the significant content investment required and the lack of ability to monetise content for telcos.

Singtel disclosed in a brief regulatory filing on Friday that the Hooq liquidation is not expected to have a material impact on the telco's net tangible assets or earnings per share.

For its fiscal third quarter ended Dec 31, 2019, operating revenue from the digital life segment shrank by almost 15% from a year ago to S$336 million. The bulk of that came from Singtel's digital marketing arm Amobee (S$324 million), while the remaining S$12 million mainly comprised revenues from Hooq and DataSpark. Revenues from the latter two units had increased from a year ago, partly offsetting Amobee’s drop in revenue, Singtel said then.

Group digital life chief Samba Natarajan in May 2019 said Hooq's operating business continued to grow, and that the revenue generated has more than doubled over the past year. He noted a month later that "value realisation" for units such as Hooq and Amobee could involve an initial public offering or new strategic partners taking stakes.

Fitch's Ms Chong on Friday told BT that there is an "intensifying" need to turn around the telco's digital life segment, due to challenging growth prospects in Singtel's home markets and the impending 5G capital expenditure which are both putting pressure on the group's cash flows.

"Amobee, the largest portion of Singtel's digital life segment, is already Ebitda-positive, and the quickest solution to turn around this segment could possibly lead to the discontinuation of loss-making Hooq operations," Ms Chong added.

In Singtel’s annual report for the fiscal year ended March 31, 2019, the telco said Hooq had “transformed” its business model over the past year to offer affordable daily plans, as well as a freemium layer which includes free-to-air channels, advertising video on demand and subscription video on demand.

To drive audience growth and scale, Hooq also started strategic digital partnerships with Hotstar in India and Grab in South-east Asia to provide in-app viewing and easy access to Hooq content, according to the 2019 annual report published last June.

Singtel, Sony Pictures Television and Warner Bros Entertainment established Hooq in 2015 to offer movies and television series to viewers in Asia via streaming or downloading.

Join HWZ's Telegram channel here and catch all the latest tech news!
Our articles may contain affiliate links. If you buy through these links, we may earn a small commission.
Previous Story
Samsung Galaxy Watch Active 2’s ECG function said to be delayed
Next Story
Touch ID fingerprint recognition could be coming to the Apple Watch