Update (30th May): The Honor 10 is now available at Honor's official Lazada store. Only the higher-end 128GB version is available for S$579, making it quite a bit cheaper than European pricing. 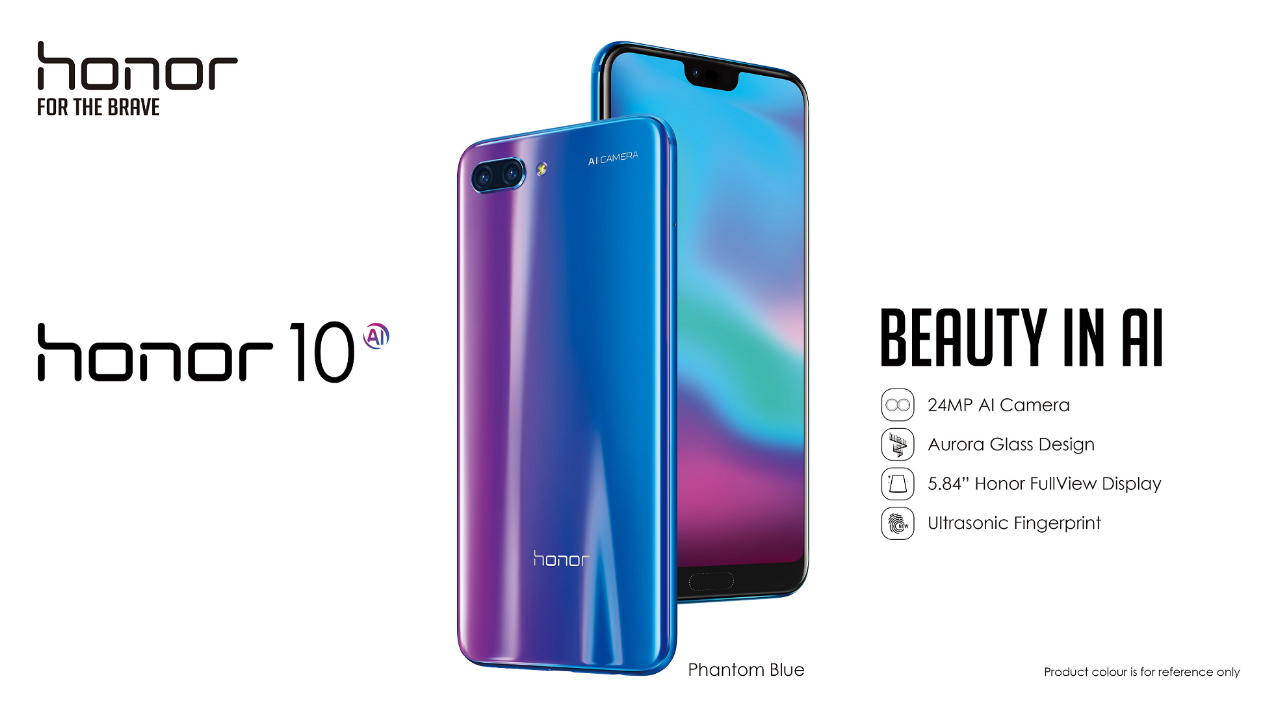 Honor, Huawei's affordable sub-brand has announced a new flagship smartphone today, and it's basically a budget version of Huawei's P20.

The Honor 10 (not to be confused with the Honor View 10) has a 5.84-inch LCD display with a notch in it and a 19:9 aspect ratio and 2,280 x 1,080 pixels resolution (~432ppi). It has an under-glass ultrasonic fingerprint scanner below the display, a 3.5mm headphone jack on the bottom of the phone and a dual rear camera on the back.

The dual-camera system is similar to the P20, and pairs a 16-megapixel f/1.8 RGB sensor with a 24-megapixel f/1.8 monochrome sensor. While the Honor 10's cameras aren't Leica co-engineered, it does have many of the AI scene and object recognition features you'll find in the P20 and P20 Pro. On the front, there's a 24-megapixel selfie camera.

The phone will be available in Midnight Black, Phantom Grey, Phantom Blue (pictured) and Phantom Green, the latter two of which were designed for Honor at The Paris Aesthetics Center. Honor has engineered a unique glass design, called Aurora design, that uses 15 layers of 3D glass on the rear of the phone to better showcase these colors, revealing a dazzling array of colors from every angle.

Previous Story
iOS 11.4 brings support for Messages in iCloud and AirPlay 2
Next Story
Are these the screen protectors for the Google Pixel 3 and Pixel 3 XL?