Honor says its upcoming Smart Screen is the future of TV

Honor says its upcoming Smart Screen is the future of TV 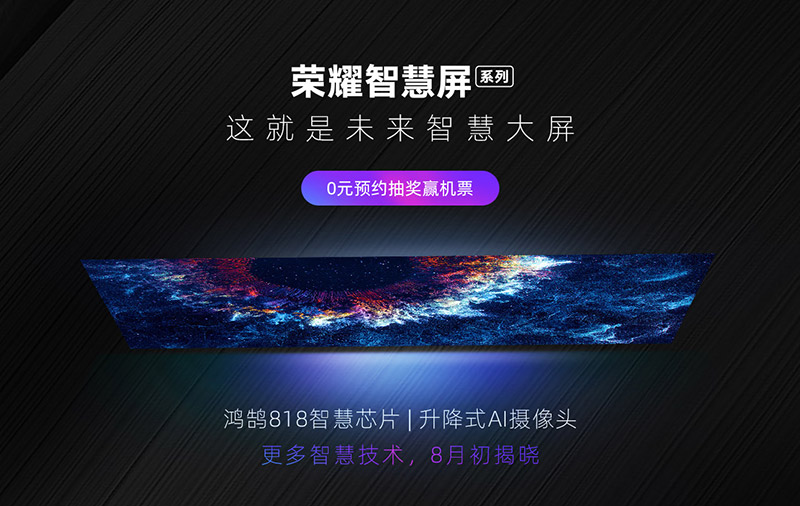 Two weeks ago in China, Honor announced the Honor Smart Screen (a.k.a. Honor Vision TV), a giant screen that aims to be a smart display, an entertainment hub, and who knows what else. Honor’s “future of TV” has just started its pre-sale, and the company has now confirmed that the Smart Screen will get some stage time this coming Aug 10 at the Huawei Developer Conference.

At the moment, not much is known about the Honor Smart Screen, other than it has a 55-inch display and sports a lot of smartphone-type features. According to this Vmall listing, it’s powered by the Honghu 818, an octa-core chipset jointly developed by Huawei and Chinese search giant Baidu, has a HiSilicon NPU, and features an AI-powered pop-up camera that supports face recognition.

With support for 8K/30fps video decoding, HDR, motion estimation and motion compensation (MEMC), and Huawei’s Histen audio technology, the Honor Smart Screen is also said to be a formidable TV and speaker. Like many of Honor’s smartphones, the Smart Screen will be available in both basic and pro models.

For what it’s worth, Huawei is also preparing its own Smart Screen for a September launch. While it’s expected to be very similar to Honor’s version in terms of features, Huawei’s version is rumoured to use a Kirin processor and offer 5G connectivity.

Join HWZ's Telegram channel here and catch all the latest tech news!
Our articles may contain affiliate links. If you buy through these links, we may earn a small commission.
Previous Story
Samsung could release the Galaxy Fold in end September
Next Story
MediaTek shows off flagship Helio G90 chips for mobile gaming