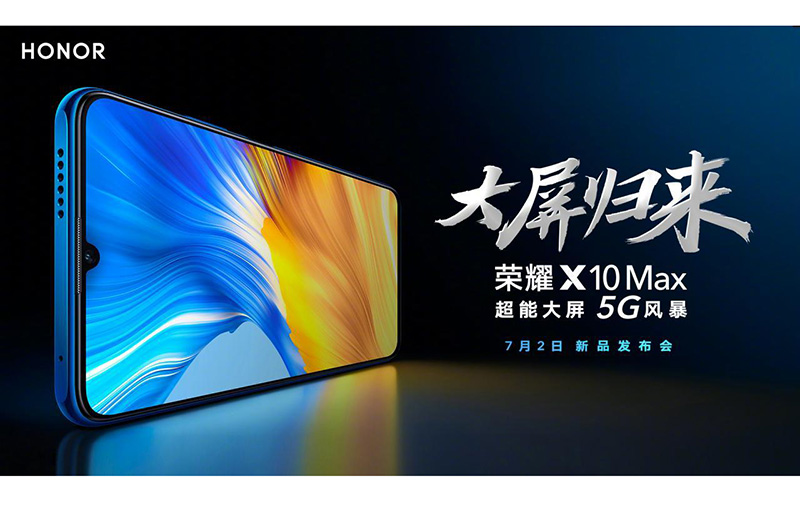 Outside of Singapore, it’s raining 5G phones: Honor has just confirmed that it’s launching yet another 5G handset in China on July 2 called the Honor X10 Max.

According to Huawei Central, which cited Digital Chat Station on Weibo, the Honor X10 Max will use MediaTek’s Dimensity 800 chipset with support for both NSA (non-standalone) and SA (standalone) 5G networks. But the bigger story is that this is one giant phone with a 7.09-inch Full HD+ (2,280 x 1,080 pixels) display. We’re talking tablet territory here.

The Honor X10 Max is also said to feature a 48MP rear camera and an 8MP selfie camera, the latter under the front screen’s dewdrop notch.

Other notable features include a 5,000mAh battery that supports 22.5W fast charging and Magic UI 3.1 on top of Android 10.

Join HWZ's Telegram channel here and catch all the latest tech news!
Our articles may contain affiliate links. If you buy through these links, we may earn a small commission.
Previous Story
Let's all welcome StarHub TV+
Next Story
DC Comics fighter Injustice: Gods Among Us is currently free to keep