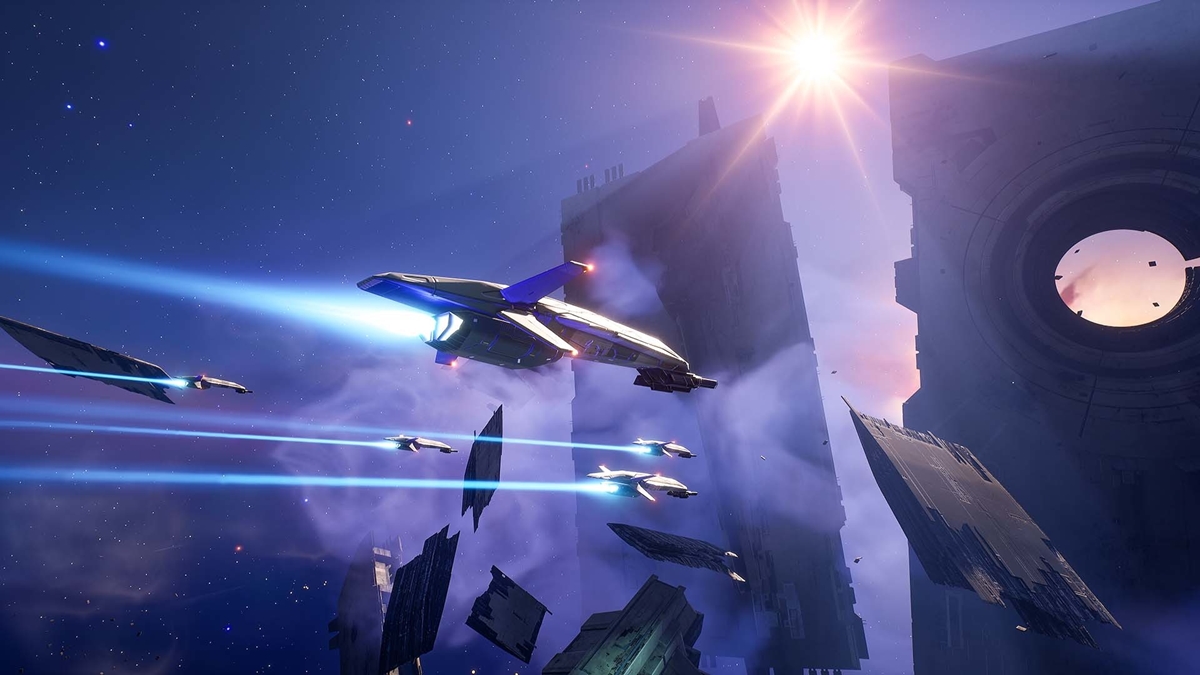 Starting today, fans of Blackbird Interactive's award-winning sci-fi RTS franchise Homeworld can drop their pre-orders for Homeworld 3: Collector's Edition, a special deluxe version of the game containing all sorts of collector's memorabilia in both digital and physical forms.

Crafted in collaboration with the team over at Idea Planet, the Collector's Edition was announced earlier at PAX East during the Gearbox Main Theatre Show, and interested parties will be able to pick them up via the official Homeworld website.

As for the different space-based goodies included within, apart from a copy of the base game and its Year One content pass, those who purchase the Collector's Edition will also acquire several varieties of physical ship models, a WW2-inspired Spotter Deck of cards, a Homeworld 3 logo keychain as well as a key art lithograph. Here's a full image for reference. 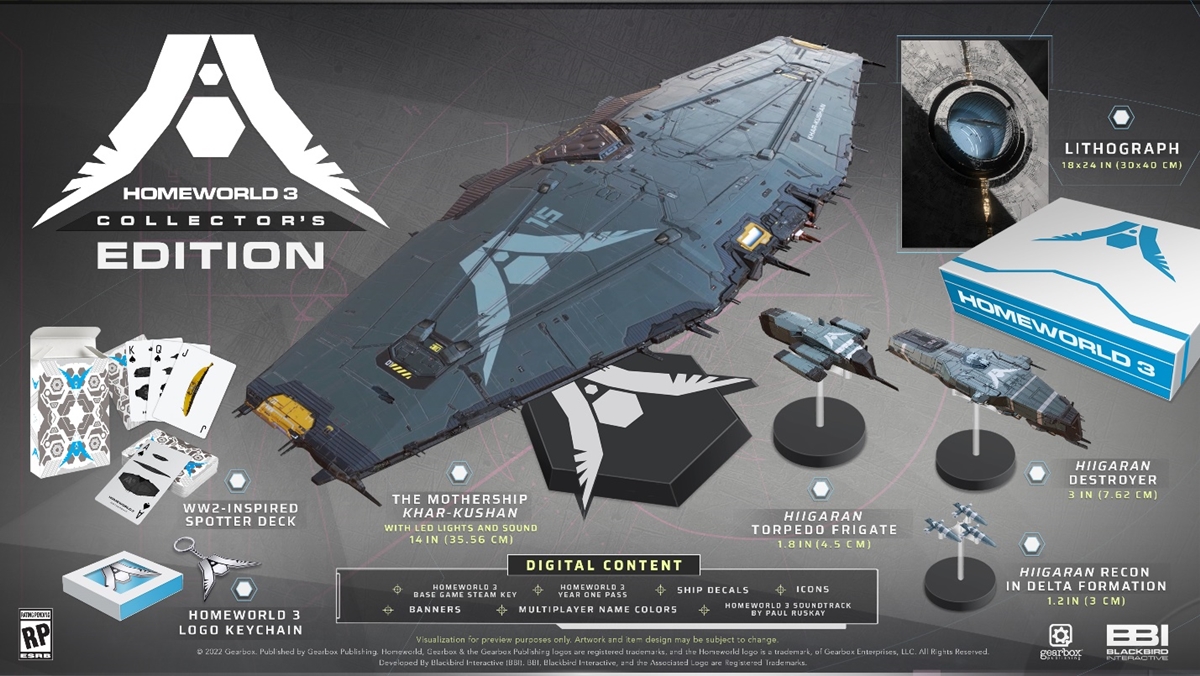 As displayed, the physical models come in four types, namely the 14-inch Khar-Kushan Mothership, the 3-inch Hiigaran Destroyer, the 1.8-inch Hiigaran Torpedo Frigate, and the 1.2-inch Hiigaran Recon crafts. the last of which will appear in their delta formation. Additionally, the Mothership will come with an array of USB-powered LED lights and its own dual-positioned stand, allowing it to accommodate both horizontal and vertical display options.

While those models will certainly look fantastic on any fan's display shelf, the freebies don't stop there, as the Collector's Edition also comes with a number of digital bonuses. These include the aforementioned game code and Year One pass, a full copy of the Homeworld 3 soundtrack by Paul Ruskay, and an impressive medley of ship decals, icons, banners, and multiplayer name colours that can be applied to your crafts in-game.

Regarding the price, the Amazon page for the Collector's Edition is currently listing it for $179.99, presumably in US dollars.

For more information, feel free to check out the official Homeworld 3 store page on Steam and the Epic Store, or read through the associated FIG developer blog post.

Join HWZ's Telegram channel here and catch all the latest tech news!
Our articles may contain affiliate links. If you buy through these links, we may earn a small commission.
Previous Story
Genshin Impact tops $530 million in consumer spending worldwide for Q1 2022
Next Story
Garmin launches the Descent G1 Solar for divers who want a solar-charging smartwatch