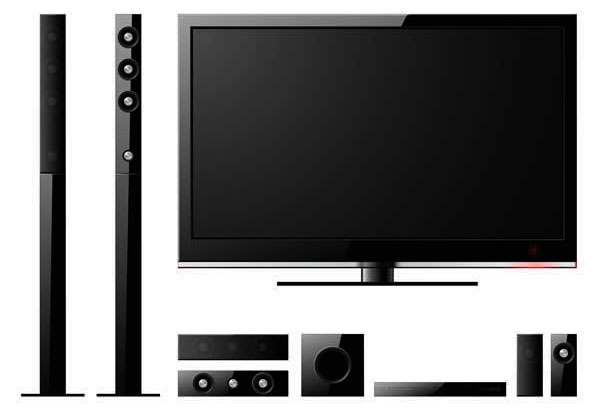 The concept of wireless home theater speakers is not new. Up till now, most surround sound speakers have been plying the 2.4GHz band; a frequency shared by other 802.11b/n-based devices such as smartphones and other household appliances. On top of this, its usage of a typical 16-bit rate and 'lossy' compression on the busy spectrum can be a turnoff for most audio purists as well.

To overcome these odds, the Wireless Speaker & Audio Association (WiSA) has introduced a 24-bit surround sound solution running within the 5GHz Unlicensed National Information Infrastructure (U-NII) frequency band. WiSA touts the new standard to provide "audiophile-quality, 24-bit surround sound, with virtually no lag". Some of its benefits include a more "realistic" uncompressed delivery, 5ms fixed latency, and a sampling rate (up to 96kHz) which corresponds to the audio source.

In addition, speakers certified by WiSA will be fitted with an ultrasonic transducer which enables the drivers to align themselves automatically with other speakers in the room. It's also possible to mix-and-match speakers from different makers, just as long as they are WiSA-compliant. According to HiddenWires' report, WiSA has plans to develop an app which allows users to adjust the speakers' configuration or to lock down the spatial "sweet-spot" via a smartphone.

In the meantime, WiSA will be promoting their wireless speaker technology, which has already received its FCC certification, to major AV manufacturers in the industry. Current members on WiSA's Advisory Board include Klipsch, Pioneer Corporation, Polk Audio, Sharp Corporation, Silicon Image, and Summit Semiconductor.

Join HWZ's Telegram channel here and catch all the latest tech news!
Our articles may contain affiliate links. If you buy through these links, we may earn a small commission.
Previous Story
Ratio of PCs to Macs Sold is Falling Drastically
Next Story
Micron to Buy Elpida