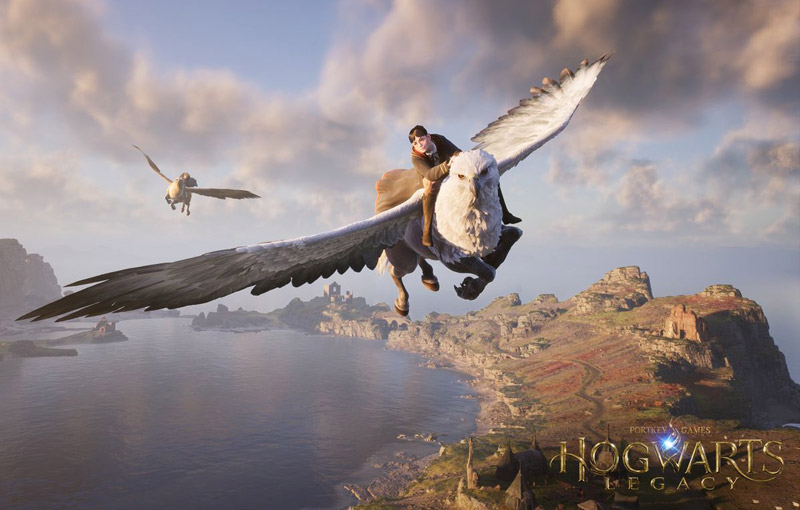 Hogwarts Legacy’s lead designer Troy Leavitt has departed the game’s development after controversy surrounding his YouTube channel, where he defended the Gamergate movement and, among other things, dismissed complaints of sexual misconduct against high-ranking media executives.

Leavitt made the announcement via a series of tweets, stating that he was resigning for reasons that he will explain in a, “forthcoming video.” He also said that he had, “nothing but good things to say about the game, the dev team, and WB Games,” suggesting that this was an amicable decision.

1. I have made the decision to part ways with Avalanche Software. I have nothing but good things to say about the game, the dev team, and WB Games.

2. I will be releasing a YouTube Video about this soon on my channel.

To clarify: I felt absolutely secure in my position. However, I still wanted to resign for reasons that I will explain in that forthcoming video . I’m in excellent spirits and very pleased with my relationship with WB and Avalanche.

Leavitt acted as lead designer on Hogwarts Legacy, an open-world RPG developed by Avalanche Software set within the Harry Potter universe. The controversy surrounding Leavitt hit a fever pitch when his four-year-old YouTube channel was found to contain criticism against social justice activism and defended figures like Pixar’s co-founder John Lasseter and Atari’s co-founder Nolan Bushnell, who had been accused of sexual harassment. He also defended Gamergate, an online harassment campaign that has targeted progressive, feminist figures (mostly women) in the games industry by making threats against their wellbeing and doxing them.

After these videos from Leavitt’s YouTube channel resurfaced, the popular online forum ResetEra decided to ban all threads about Hogwarts Legacy, with an administrator stating, “This is a uniquely awful situation where both the creator of the IP and a senior producer on the game have unrepentant bigoted views [...] There will be no threads for trailers or official announcements, no hype threads, no fluff pieces about its features.”

After that, Bloomberg put out a report revealing that Hogwarts Legacy will allow players to create transgender characters via its character creation options. This also came after a series of transphobic tweets from Harry Potter author J.K. Rowling, which earlier led WB Games to clarify that Rowling was not involved in the game’s production. Bloomberg reporter Jason Schreier stated that the game’s developers were, “sad and frustrated,” by the controversy surrounding the game, and that management had resisted efforts to make the character creator trans-inclusive at first.

Even if the game turns out to be phenomenal, it seems like Hogwarts Legacy will forever live under the dark shadows of controversy that have tainted so much of the Harry Potter franchise - including the movies. The game was originally set to launch in 2021, but has since been delayed to 2022.

Join HWZ's Telegram channel here and catch all the latest tech news!
Our articles may contain affiliate links. If you buy through these links, we may earn a small commission.
Previous Story
Marvel's Avengers is slowing down its XP grind and players aren't happy
Next Story
Qualcomm's Snapdragon 775 leak reveals new mid-range phone chipset in the works