Hisense to unveil a sonic screen laser TV at IFA 2019

Hisense to unveil a sonic screen laser TV at IFA 2019 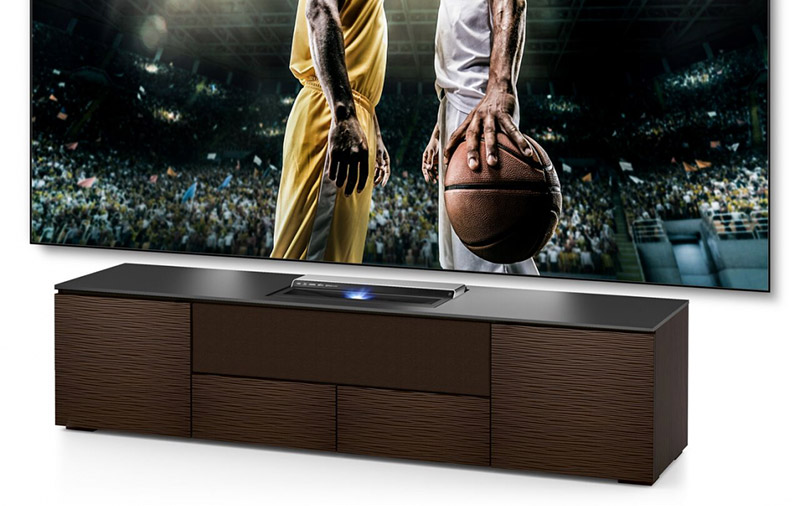 The annual IFA trade show is happening in Berlin starting this Friday (Sep 6), and news of what we can expect to see there are starting to trickle out.

For those interested in TVs, Chinese manufacturer Hisense has announced that it’ll be launching a “sonic screen laser TV” at IFA.

Now, Hisense has been making laser TVs for quite some time now; in fact, at CES earlier this year, it unveiled the Trichroma Laser TV, which is essentially a short-throw projector that uses three coloured lasers to create the picture.

While it’s unclear what form the new sonic screen laser TV would take, Hisense did confirm that the “sonic” in the name refers to the new sound technology used on the laser TV.

The Hisense sonic screen laser TV brings sound (40–18kHz) directly from the screen, and with the diaphragm of the Distributed-Mode Loudspeaker vibrating in a complex pattern over its entire surface, it guarantees consistent output level and undistorted time response in all directions.

Expectedly, the selling point here is the increased realism when you watch a show or movie because the audio is coming directly from the picture instead of the tiny speakers that are placed on the sides of the TV.

If you remember, Sony has an Acoustic Surface tech that tries to achieve this same effect, but that’s for TVs with actual panels. It’d be interesting to see how Hisense does it for its projector + TV hybrid. Perhaps there are speakers in both the main console and the included projector screen that work in tandem? We'll see.

Join HWZ's Telegram channel here and catch all the latest tech news!
Our articles may contain affiliate links. If you buy through these links, we may earn a small commission.
Previous Story
Creative’s SXFI Theater headphones are now available for sale
Next Story
Samsung could launch a cheaper, thinner foldable phone early next year