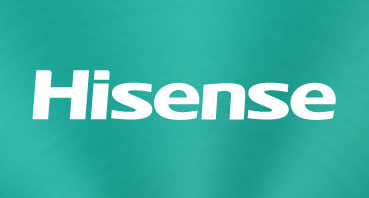 Chinese manufacturer Hisense is seeing increased prominence in the TV market. In a report by American market research firm Display Search, Hisense is the market leader in its home country with a shipment share of 18.5%, which puts it in fourth place globally.

It is a significant jump for Hisense, who was not even among the top 5 in the same quarter last year. The company contributed a total of 5.3% of overall units shipped worldwide. This brings Hisense up almost on a par with Sony, losing out to the latter by only 0.1%. When converted to dollar value, Hisense also took fourth place, representing 6.4% of the world's total.

In addition, Hisense's 4K offerings placed the company at second position in terms of both volume and dollar value, at 20.4% and 16% of the market respectively.

For the most part, Hisense's rise isn't all too surprising. In the past year, it has been focusing on developing high-end smart TVs and 4K TVs, and sales for these TVs are known to be on the up. The company is also aggressively exporting its TVs to markets outside of China. While it's virtually an unknown brand here in Singapore, Hisense TVs are stocked by major retailers in the U.S., Europe, and Australia.

In this Quarterly Global TV Shipment and Forecast Report, a total of 49.7 million TV sets were shipped around the world in Q1 2014, same as Q1 2013. Samsung stayed at the top, while LG also maintained its runner-up position. Sony, ranked third this time, also saw a marked improvement from its fifth position for Q1 2013. Fifth place went to Chinese manufacturer TCL.

Join HWZ's Telegram channel here and catch all the latest tech news!
Our articles may contain affiliate links. If you buy through these links, we may earn a small commission.
Previous Story
LINE Introduces "LINE Selfie Sticker" App for iPhones
Next Story
Viber Introduces Exclusive Football Sticker Packs for the World Cup