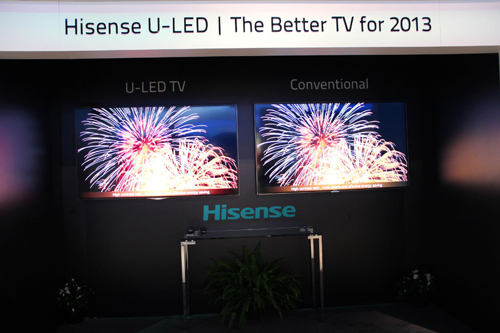 LED lighting displays have become the default technology for use in televisions sets thanks to their thin profile and good performance. Chinese company Hisense have debuted their U-LED (the U stands for Ultra) displays at CES 2013 to spur the technology on to further heights.

The new U-LED panels are supposed to deliver unprecedented visuals through software and hardware optimization. The U-LED promises to have better contrast, wider color gamut, higher definition and faster speed when compared with current offerings.