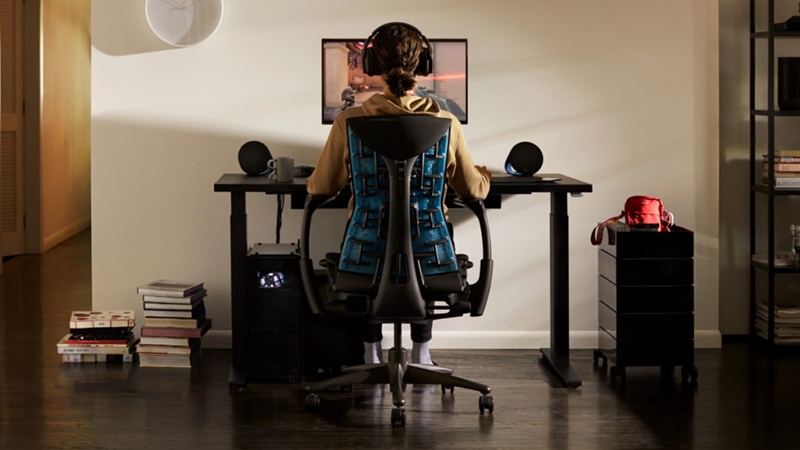 Last July, furniture specialist Herman Miller and gaming brand Logitech announced a collaboration involving a special gaming-themed variant of the former's best-selling Embody series office chair. We've already gone over that in detail when the news was first released, but it seems that there's much more to Herman Miller's agenda than meets the eye.

Of course, we mean that in a good way, and if you happen to be looking for a new gaming table to pair with the aforementioned Embody gaming chair when it does go on sale, you're in luck. Apparently, the company has already revealed "Gaming" variants of several other pieces of equipment on their website, including their best-selling Ratio desk, Ollin monitor arm, and one for their Aeron and Sayl series chairs respectively.

Unfortunately, we don't know all that much about these new reveals at this point in time, as the website only features a short description for each item. Also, given that we're currently operating on the assumption that all of these variants are merely reskins of their respective product lines, there's always the possibility that Herman Miller intends to add in a bunch of special features to set them apart from the crowd.

As for prices and availability, we only know that the Embody chair retails for a hefty US$1,495 in the U.S, with no word on when it will be made available for purchase locally. Building on that, we can safely assume that the other items will follow a similar convention with regards to availability for the time being, and will keep you posted as more information arrives.

Join HWZ's Telegram channel here and catch all the latest tech news!
Our articles may contain affiliate links. If you buy through these links, we may earn a small commission.
Previous Story
Parallels Toolbox 5.0 gets even better with the addition of new tools
Next Story
New trailer for Ghostbusters: Afterlife teases the original crew's return