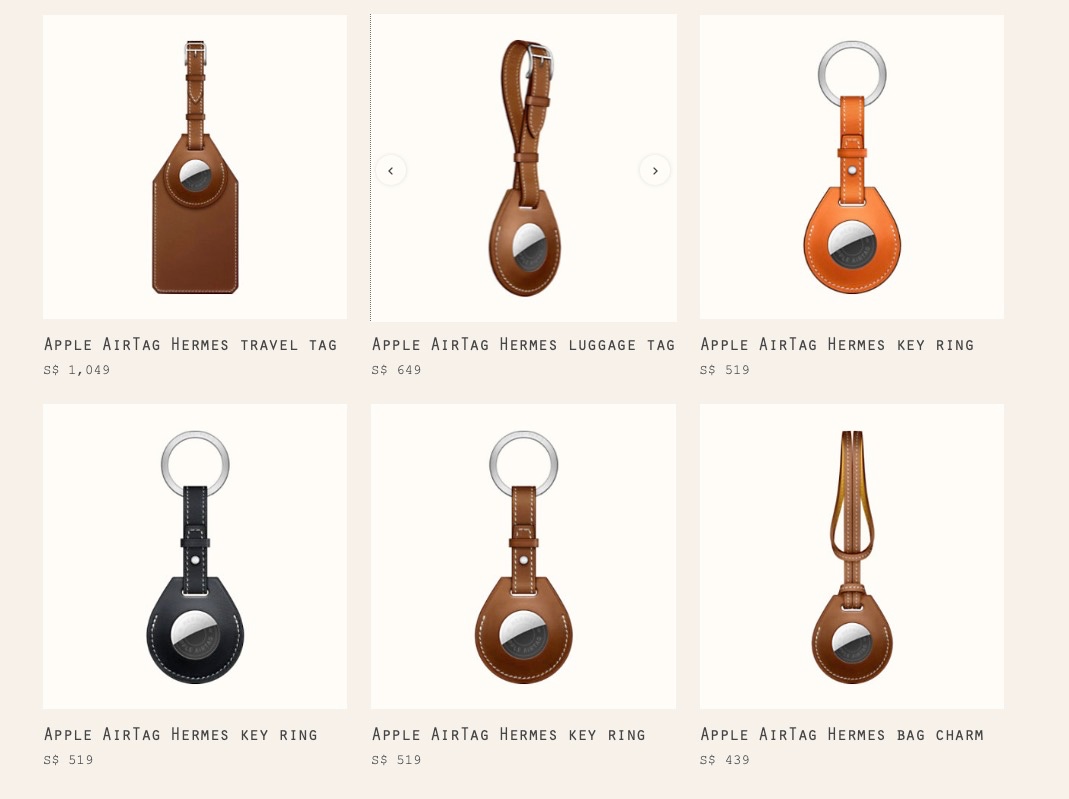 To put the prices of the Hermès AirTag accessories in context, the Travel Tag is the same price as an iPhone 11 (128GB). You can also buy 23 individual AirTags or 7 packs of 4 AirTags! Even the most affordable Bag Charm is the price of almost 10 individual AirTags!

All four AirTag accessories can be purchased on Hermès' website with orders shipping from 29 April. The Key Ring, Luggage Tag and Bag Charm are also available for purchase on the Apple Online Store with in-store pick-up from 30 April or delivery in five to six weeks. 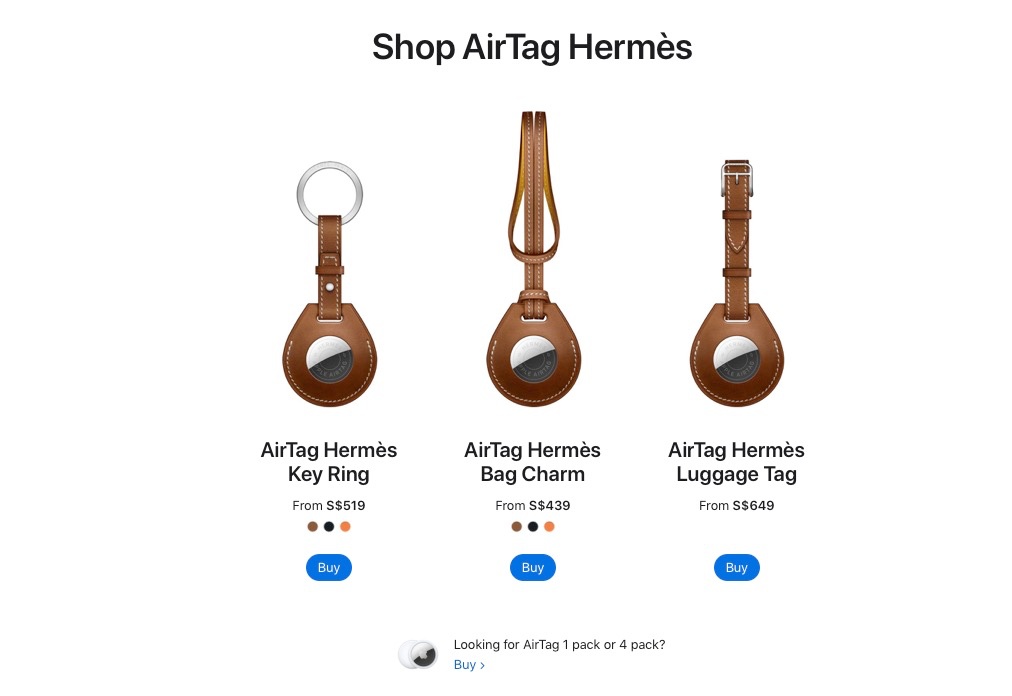 There are other more affordable AirTag accessories from third-party makers such as Belkin and Nomad. Belkin's Secure Holder with Strap and Secure Holder with Key Ring are priced at S$19 while the Nomad Leather KeyChain and Glasses Strap cost US$29.95 (U.P. $39.95) respectively. Apple's own accessories for the AirTag, the Leather Key Ring and Leather Loop are priced at S$55 and S$59 respectively.

Join HWZ's Telegram channel here and catch all the latest tech news!
Our articles may contain affiliate links. If you buy through these links, we may earn a small commission.
Previous Story
Data centre servers can now receive third-party certification on their greenness
Next Story
The older Magic Keyboard is not compatible with the new 12.9-inch iPad Pro