Here's why there's no crowbar in Half-Life: Alyx

Here's why there's no crowbar in Half-Life: Alyx 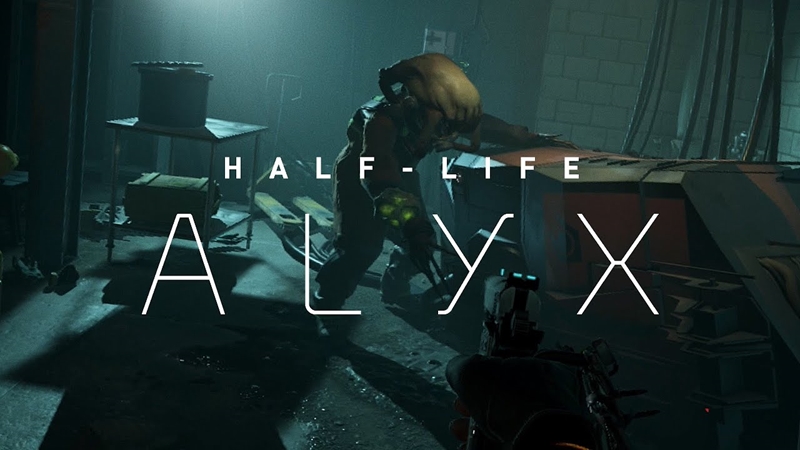 As such, it's rather odd that the iconic armament didn't end up the final version of Half-Life: Alyx, and according to Valve, there are three simple reasons for it. The first of these was that during the playtesting phase, gamers kept getting the crowbar hooked onto all sorts of surfaces like cupboards and doors. It's not like they did it on purpose either - after all, a crowbar isn't something you usually hold in front of your face 24/7 like you would a pistol. Instead, you'd walk with it by your side, and this resulted in all sorts of off-screen collisions and inconveniences.

Originally, Valve tried several methods to salvage the situation: by turning off collisions when the crowbar was held at players' sides and introducing haptic feedback to controllers when an off-screen collision was detected. Unfortunately, neither of these methods worked.

The second reason was with regard to the purpose of the crowbar. In the original games, the crowbar was as much a weapon as it was a tool, but this rule didn't exactly apply in Alyx. Valve had intended for it to be purely a utility tool, but playtesters treated it like the glorious weapon it was in its heyday. So, when coupled with the fact that the developers never really got melee combat working the way they wanted, Valve decided to keep Alyx purely gun-based and axed the crowbar.

The last reason is a little comical, but it sure as heck is relatable. Put yourself into a playtester's shoes. If I were to give you a crowbar and tell you to play Half-Life, who would you identify as more, Gordon Freeman or Alyx Vance? Definitely the former, right?

Well, that's what all the playtesters thought too, and who can blame them? Gordon Freeman and crowbars are as iconic a pair as Pokemon Trainers are with Poke Balls, so regardless of what Valve told them, they kept imagining themselves playing as Freeman. Long story short, Valve realised that with the crowbar around, Alyx Vance would never step out of Gordon Freeman's shadow, and thus decided to remove it entirely.

To be frank, we're a little divided on this ourselves, because it seems that Valve is gambling Alyx Vance's potential against the iconicity of the crowbar in this series. Whether this turns out in their favour remains to be seen, but honestly, Half-Life doesn't really feel like Half-Life without a good ol' crowbar in hand.

Previous Story
Elite: Dangerous is getting fleet carriers but they cost billions of credits
Next Story
The Samsung Galaxy M11 is a budget triple-camera phone that’s unlikely to be sold here