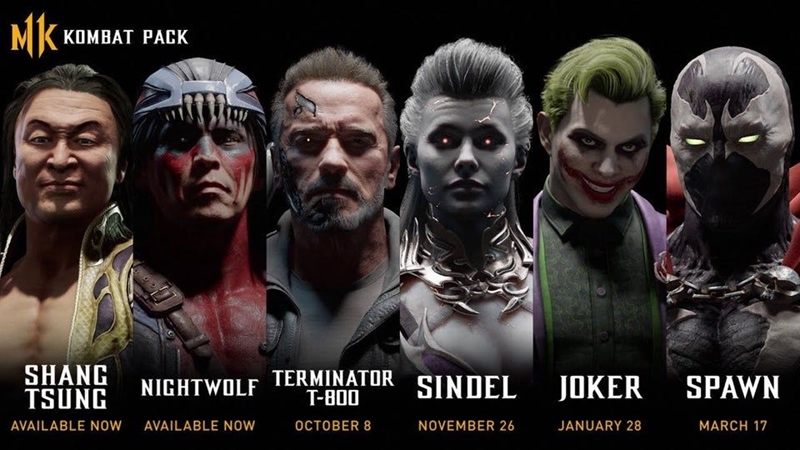 And yes, NetherRealm Studios will be getting a part of my pay check this month.

Why? Because Arnold Schwarzenegger’s legendary Terminator T-800 is coming to Mortal Kombat 11, and it’s not just him. The Joker, Todd McFarlane’s Spawn and Sindel were also among the characters revealed by the developer yesterday.

The reveal rounds out the current DLC roster for Mortal Kombat 11’s Kombat Pack, and even tells us each character’s release date. The first two, Shang Tsung and Nightwolf have already entered the fray, and the other four will join in over the next few months.

Of course, people always want more, and rumours are still flying around that there is an unconfirmed character in the mix. It’s thought to be Ash from the Evil Dead series, which would make sense given that the May trailer hinted at two guest characters. The first is presumably the aforementioned Terminator, and the second Ash, but hey, surprises are always welcome, NetherRealm.

Anyway, the bundle is currently priced at US$39.99 (~S$56) online, but fans who bought the premium edition need not fret as it’s already included in their package.

As for the rest, prepare thy wallet.