Here's how Windows 10 will run Android and iOS apps

Here's how Windows 10 will run Android and iOS apps 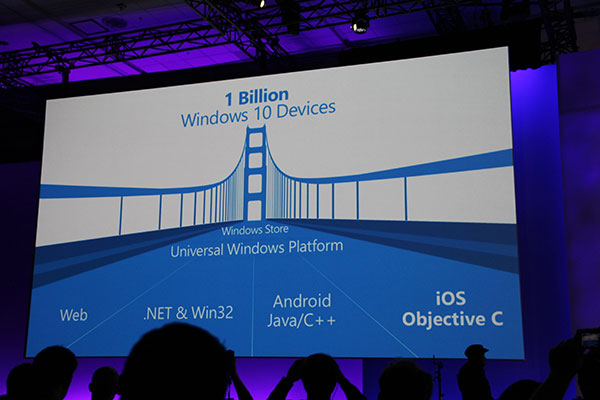 With Windows 10, Microsoft is converging Windows into one core and one developer platform, which the company calls one Windows core and the universal app platform respectively. We’ve talked about this universal app platform strategy before, but to recap, the goal is to allow developers to write an app once, and then deliver it in one package to a single app store. And these apps will reach every device running Windows 10, be it a PC, a smartphone or tablet, an Xbox, a Surface Hub, a HoloLens, or an IoT device.

Today at Build, Windows chief Terry Myerson has laid out more plans for this platform, which is now renamed Universal Windows Platform, and they are mainly about providing developers with "Bridge toolkits" or SDKs. (By the way, what are previously called universal apps are now called universal Windows apps, probably to avoid confusion that these apps would also run on other platforms.)

First up, Project Westminster. Developers can now reuse their existing server-hosted website and tools. In other words, these are web apps that get packaged and listed on Windows Store. Niceties like notifications and in-app purchases are also supported even though this isn’t a full app.

Second is Project Centennial, which is for getting classic .NET and Win32 apps to the Windows Store. Take note that these are still desktop apps we're talking about here; they aren't full universal Windows apps that will run across devices, though developers can make them into UWP apps should they choose to invest the time and effort. Microsoft says that there are currently 16 million Win32 applications out there. These apps (based on App-V virtualization) will run isolated from other parts of the system. Adobe is already onboard and will be bringing Photoshop Elements to the Windows Store. 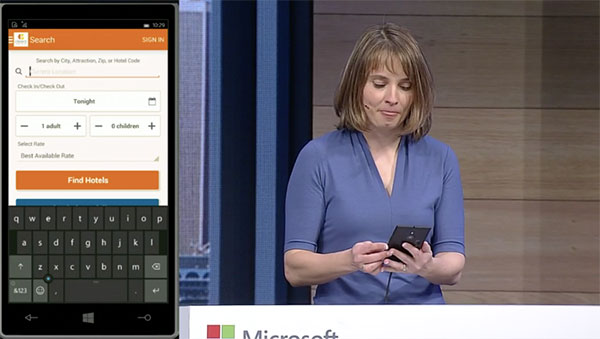 Third is Project Astoria. Android developers can reuse almost all their existing Java and C++ code to create apps for Windows 10 for phones, all without them leaving the Android IDE. This is achieved by giving Windows Phone an “Android sub-system”. Windows APIs for things like location and navigation will be adapted accordingly.

And lastly, Project Islandwood. Visual Studio 2015 on Windows will support Objective C (you can import an Xcode project into Visual Studio, but you can't create a new Xcode project), which means iOS developers can easily convert their iOS apps into universal Windows apps. As Myerson jokingly mentioned, Visual Studio will also “highlight all the weirdness of Objective C”. The way we see it, most of the work would be debugging and ensuring that the user experience doesn't suffer after porting. King, the maker of Candy Crush Saga, has already used the Objective C SDK to bring the game to Windows Phone.

Join HWZ's Telegram channel here and catch all the latest tech news!
Our articles may contain affiliate links. If you buy through these links, we may earn a small commission.
Previous Story
Carrier billing for Windows Store purchases coming to all Windows devices
Next Story
Microsoft Edge is the name of Microsoft's new browser in Windows 10