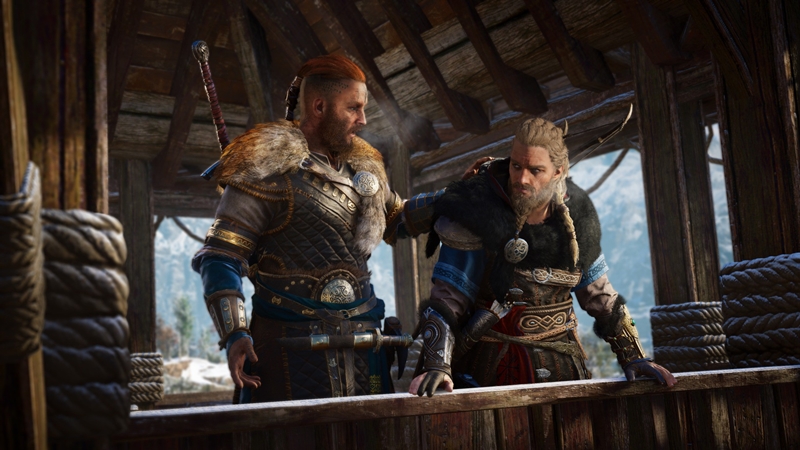 From what we've seen, either during the recent Ubisoft Forward, or our own hands-on opportunity last week, Assassin's Creed Valhalla is no slouch. After all, its satisfyingly brutal combat, amusing variety of side quests, not to mention the sheer, authentic thrill of running into battle screaming a Viking war cry certainly qualifies it as a next-gen staple, one you should pick up when it releases on November 17.

However, if that's not enough to sate your inner Norse raider, then you might be able to fill the gaps with the extensive list of collectibles you can pre-order starting today. For starters, there's a seven-song EP plucked out from the soundtrack featuring unique compositions from Jesper Kyd and Sarah Schachner, as well as an original song by Einar Selvik. Nothing hypes up a Viking game more than some Viking music, right? Anyway, the collection will be available for pre-order on both iTunes and Spotify, with the full soundtrack set to drop at a later date. 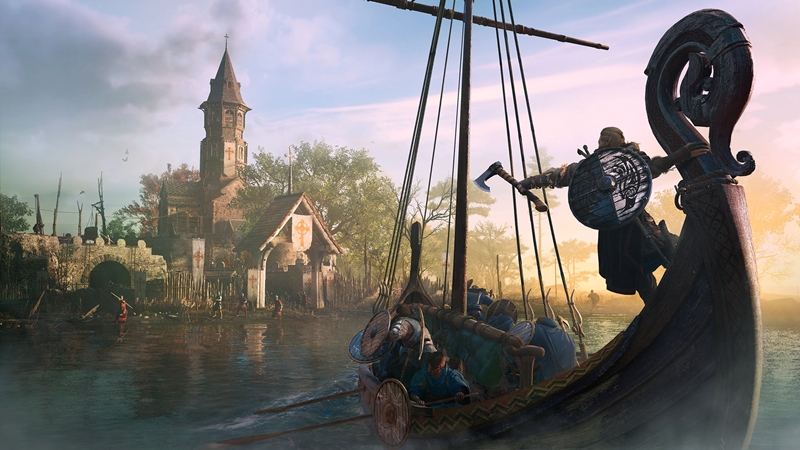 Next, there are both novels and comic series inspired by the game. The first of these is a book called Geirmund's Saga, which is written by Matthew J. Kirby and illustrated by artist Jung Gi Kim. It tells the story of Geirmund Hellskin, a Viking warrior in King Guthrum's service who's determined to prove his worth in battle. Additionally, the cover will supposedly be revealed on Jung's Instagram page later this month. As for comics, a series titled "Assassin's Creed Valhalla - Song of Glory" will be produced by Dark Horse Comics with the first issue to be launched on October 21 later this year. It is a chronological prequel to the main story of Valhalla and tells the story of a young Eivor and a fellow Viking warrior named Sigurd, who set out to make names for themselves. The series will be written by Cavan Scott, illustrated by Martin Tunica, and colored by Michael Atiyeh.

Moving on, there is a set of art books as well, divided into the base and deluxe editions. Assassin's Creed Valhalla is a beautiful game, after all, and there's no better way to appreciate the visuals than with an one of these in your collection. 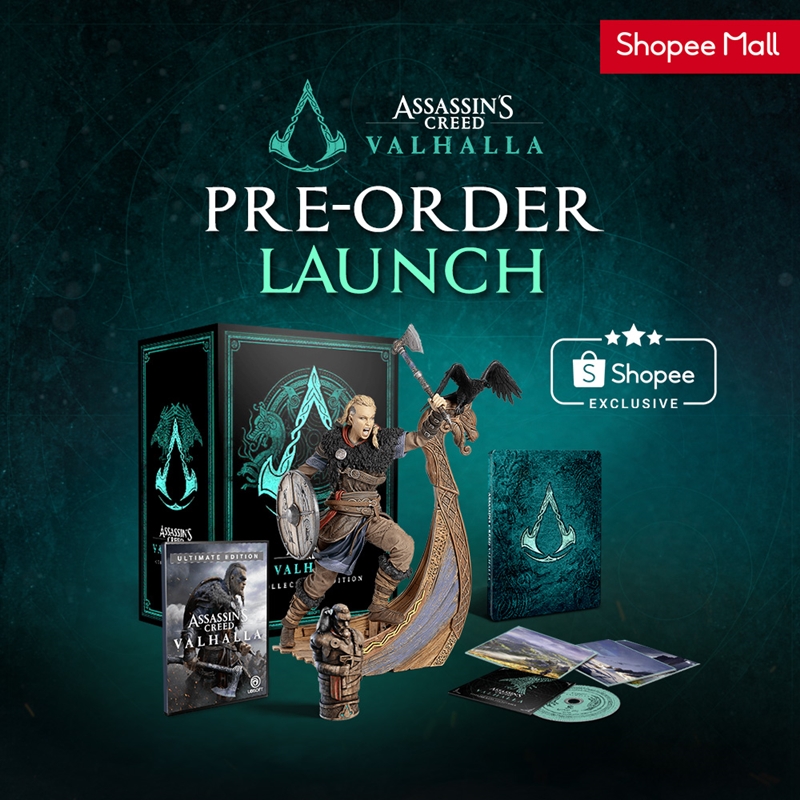 On top of these collectibles, fans will also be able to acquire a few Shopee bundles that have been specifically created for the game, which includes the Hidden Blade and/or an Eivor figure Ubicollectibles. You can check those out here starting today. Last but not least, really dedicated players will also be able to order the extremely limited Collector's Edition of Assassin's Creed Valhalla from the official Ubisoft store, while stocks last.