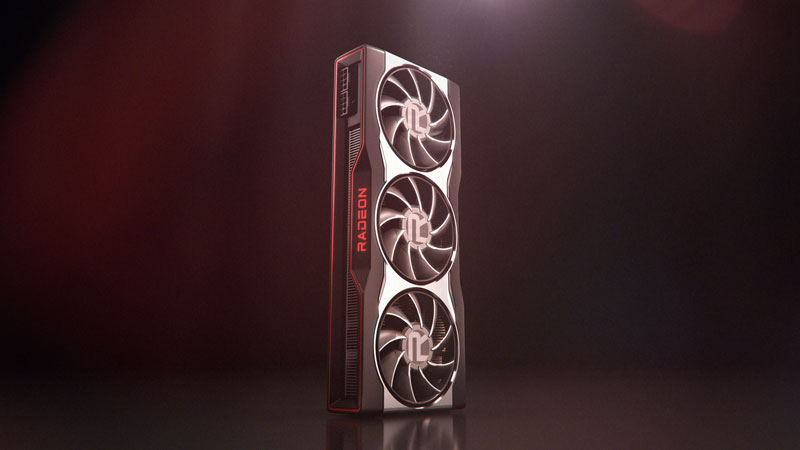 AMD was slated to reveal their latest graphics and computer processors next month, but with NVIDIA already heating up the GPU battleground with their RTX 30 Series (our very own review of the GeForce RTX 3080 goes up tomorrow evening, by the way) it looks like the Red side could no longer hold on to one of their worst kept secret by tweeting about it.

Take a first look at the design of the new Radeon RX 6000 series. Our upcoming @AMD #RDNA2 graphics cards will feature a brand new cooler design, and you can study every angle yourself on our Fortnite Creative Island. 8651-9841-1639. pic.twitter.com/KGQAOXDivZ

Interestingly, AMD is also letting gamers explore the card design further with a new Fortnite Creative Islands multiplayer map in the AMD Battle Arena, which you can watch below. Also interestingly enough, Fortnite will also add support for ray traced reflections, shadows, global illumination, and ambient occlusion in the game on 17 September - as well as NVIDIA's DLSS and Reflex technology for reduced latency will also be supported.

The Radeon RX 6000 is powered by AMD's RDNA 2 architecture, the same as the graphics processor unit powering the Xbox Series X and PlayStation 5 consoles.

Join HWZ's Telegram channel here and catch all the latest tech news!
Our articles may contain affiliate links. If you buy through these links, we may earn a small commission.
Previous Story
A local startup has created a UV sanitiser to keep your phone clean and you healthy
Next Story
U.S government to block downloads of TikTok and WeChat from 20 Sep