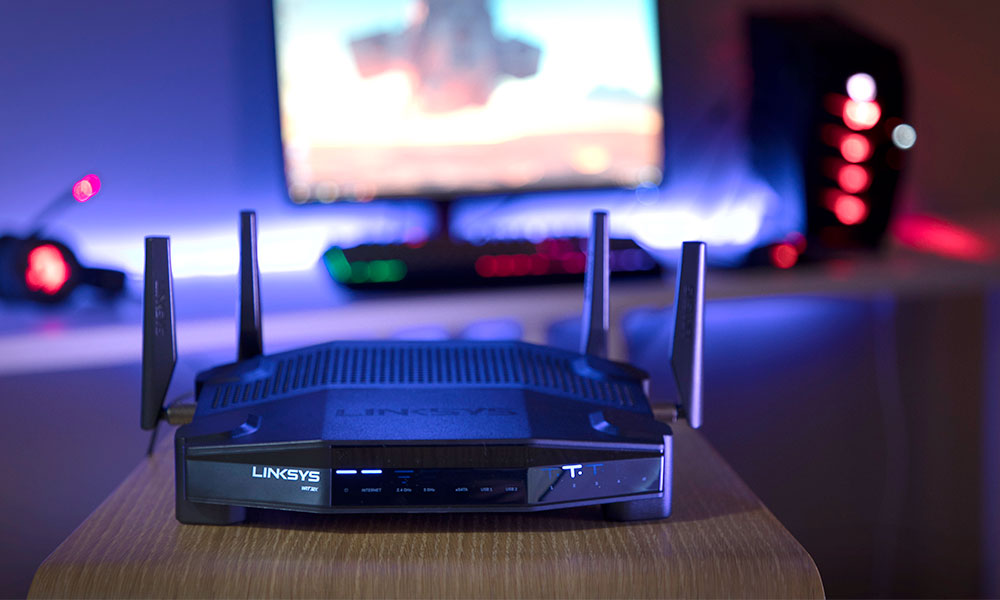 Linksys’ WRT32X router was built to solve that most vexing of problems for gamers — how to get the highest connection speeds when playing and prevent your ping from crashing when someone in the house starts streaming videos.

We've gone over the router in detail before, but here’s a quick recap. The Linksys WRT32X is a high-performance router built from the ground up for gaming. It’s an AC3200-class dual-band Wi-Fi router with a 3 x 3 radio design, four antennas, and simultaneous dual-band Wi-Fi.

The special ingredient, however, is the exclusive Killer Prioritization Engine, which is a highly optimized QoS (Quality of Service) system that prioritizes gaming traffic on the network. So even if other PCs on the network are pulling down big files and streaming 4K video, the WRT32X is clever enough to prevent that from slowing down your gaming connection.

But don’t just take our word for it. Several of our HardwareZone readers got to bring a Linksys WRT32X home to try out, and this is what they have to say about its real-world performance.

(Some of the testimonials have been edited for brevity.) 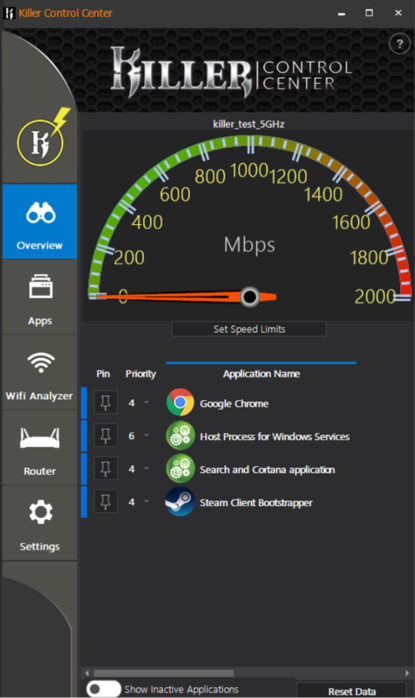 In general, the configuration is intuitive, and it’s even touch friendly for tablets and mobile devices. This gave me the ability to monitor my network traffic on my tablet while my game is ongoing. Definitely a nice touch. — Gary Foo

I must say lag was nonexistent even with 20-ish devices connected to my network (yeah my network supports my family and all their devices). Thanks to the Killer Networking Prioritization, the router and system help to keep my gaming connection constant even when pushing tons of other information around my network. — Mark 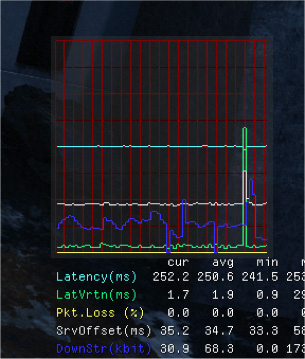 If you look closely at the network graph, it is very smooth and consistent throughout my entire gaming session while having video rendered in 4K to my TV over Wi-Fi. This is remarkable as it feels as though the internet connection is only dedicated to my PC with no drop-offs. The network graph remains very flat for latency with a maximum variance of +/- 20ms (normal) only depending on the amount of players. As this is a 40-player map, 20ms variance is seriously impressive. On my previous router, even with no streaming video, my variance can be as high as 40ms which is almost double that with my WRT32x with 4K video streaming in the background. — Omar Currim

This Killer-enabled PC shows the in-game ping speed when I have a torrent downloading at 5MB/s, plus streaming a Full-HD video in the living room and two mobile devices streaming 8K videos …. It shows a ping  of 10ms and 59 FPS. The ping didn’t increase much (Ed: compared to a ping speed of 6ms when only playing video games) probably due to the prioritization networking function. I am pretty amazed by these results using the WRT Router. — Bing Xin

When using another router, Bing Xin found that “… the ping increases almost 10 times up to 49 ms, this shows that when the prioritization function is not in place, my current router is unable to give priority to my game over other applications.”

It works even if you don’t have Killer enabled devices

If you have other devices that are not Killer enabled, fret not, the router also provides the ability to do manual prioritization, this pushes non-Killer enabled devices to also be prioritized for gaming. — Mark

The WRT32X has outstanding Wi-Fi coverage 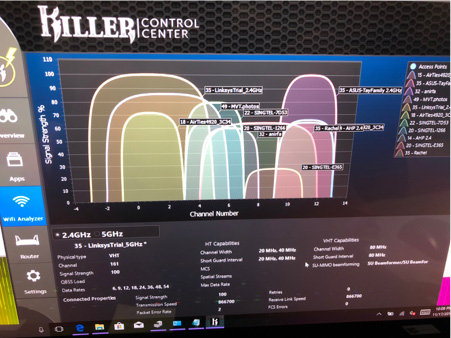 The range and wireless strength of WRT router is amazing. My PC is situated 15 meters away from my living room which sits my router, it is further obstruct by 2 thick pillars in between them. — Bing Xin

Wi-Fi coverage is good as well, staying in a slightly larger two-story home the router could provide adequate coverage to my wireless devices around the house. This is important as wireless coverage has been an issue in the past and I usually require more than one access point to ensure good coverage around the house, however, I guess the enterprise-grade radios on the WRT 32X does make a difference to wireless performance. — Mark

Wi-Fi speeds performed around the same as my previous router but with about 10% better strength in my household. I could get another bar from the furthest location from the router in my household so it is definitely an improvement for me. — Omar Cummin 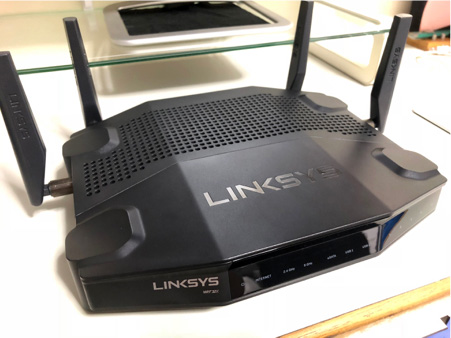 The Linksys WRT 32X features an impressive set of hardware built into it. From enterprise-grade components to the Killer Prioritization Engine, as well as the 80MHz Wi-Fi band which are available. It does hit all the high-end requirements any gamer would ask for. — Gary Foo

As a wireless router, one thing I must say is that the wireless connection is fantastic; from what I heard they run enterprise grade hardware in the WRT 32X and my devices hook onto the network with much ease, giving a good stable connection for my games and media content. Apart from that the stable connection the router starts up quickly thanks to a powerful processor and it gets my connection up faster as compared to my past devices. — Mark

Would I purchase one? ABSOLUTELY. For the main reason that gaming has improved obviously for me. — Omar Cummin

Our articles may contain affiliate links. If you buy through these links, we may earn a small commission.
Previous Story
Which ASUS ZenBook are you? A quick guide to finding your next laptop
Next Story
Only two phone makers are expected to use 7nm chips in 2018. Why?