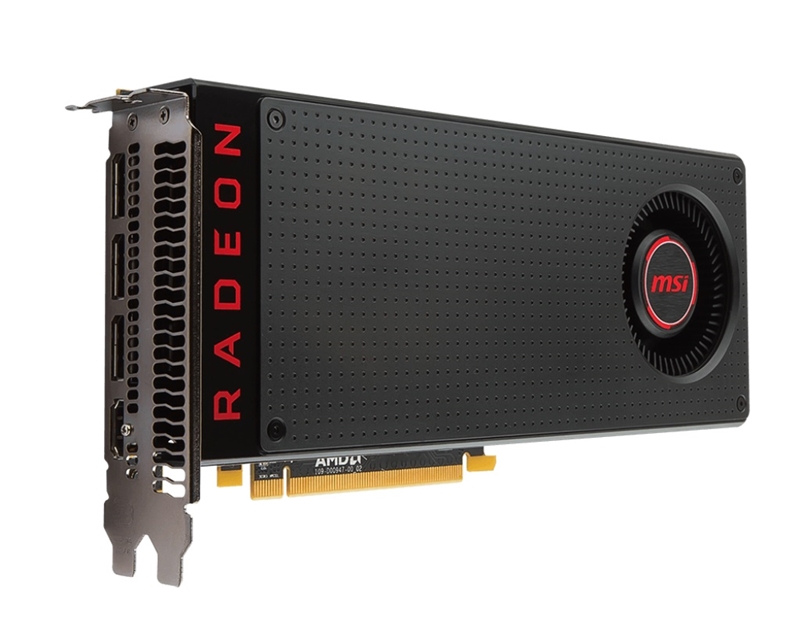 Updated on 2 May 2017:  Added pricing and availability details for the ASUS ROG Strix Radeon RX 580. It is now available to buy at S$559.

AMD has announced their new Radeon RX 500 series graphics cards that are the successors to the incumbent Radeon RX 400 series GPUs. Though the AMD RX 500 cards aren’t based on the highly-anticipated Vega GPU, their GPUs are based on a refreshed Polaris architecture, built on the third-generation 14nm FinFET process. As a result, their clock speeds have been bumped up; in addition, new power saving features that are mainly in the form of a new power state, which enables the Radeon RX 500 series cards to reduce power consumption while idle or when the cards are operating in certain situations like AV consumption or multi-monitor setups. There aren’t any reference cards from AMD but the closest to one is the MSI Radeon RX 580 8G, with its blower-style cooling system. We have compiled a list of AMD Radeon RX 500 series cards from the respective add-on manufacturers.

The new AMD Radeon RX 500 GPUs are as follows:-

For a start, the list comprises cards from ASUS, MSI, and Sapphire. We will update the list with cards from other manufacturers and their respective details, i.e., pricing and performance specifications.The pricing details are thin for now, and we have local prices on a handful of cards from ASUS for now. A quick check at Newegg portal reveals the following price ceilings:-

The price details for the AMD Radeon RX 560 and RX 550 cards haven’t been listed yet.

Join HWZ's Telegram channel here and catch all the latest tech news!
Our articles may contain affiliate links. If you buy through these links, we may earn a small commission.
Previous Story
"Surface Laptop" images leaked hours before Microsoft's education-focused event
Next Story
Casio's XJ-L8300HN is a 5,000-lumen 4K projector designed for large venue display applications