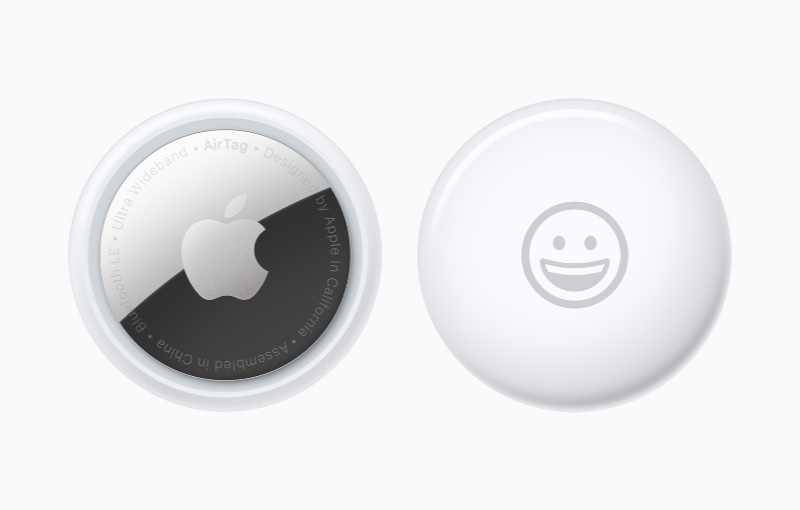 A new support document reveals two tidbits about the AirTag that Apple didn't mention at the event yesterday.

While the AirTag will work with an iPhone/iPod Touch/iPad running iOS/iPadOS 14.5 or later, the item tracker can be read by NFC-enabled iPhones and Android devices when placed in Lost Mode.

According to Apple, you can tap and hold the top of the iPhone or NFC-capable phone to the white side of the AirTag to view a Lost Mode message. The message will provide information about the AirTag including its serial number and how to contact the owner.

This is actually a brillant move as the NFC compatibility with Android phones will increase the likelihood of AirTag owners recovering their items.

The AirTag is capable of making a sound when it is separated from the owner for a period of time. The sound is to alert people nearby to locate and return it to the owner. John Gruber from Daring Fireball checked with his sources at Apple, and confirmed that the definition of "a period of time" is three days.

Gruber added that the timeout period is a server-side setting in Find My Network, so there is a chance that Apple may adjust it according to customer feedback on whether three days is too long or too short.

If you're interested to get the AirTag, it will be available for purchase from this Friday (23 April), 8pm from Apple’s local website, in the Apple Store app, at Apple Store locations, and through Apple Authorised Resellers.