Here are the oddest genres you can listen to on Spotify

Here are the oddest genres you can listen to on Spotify 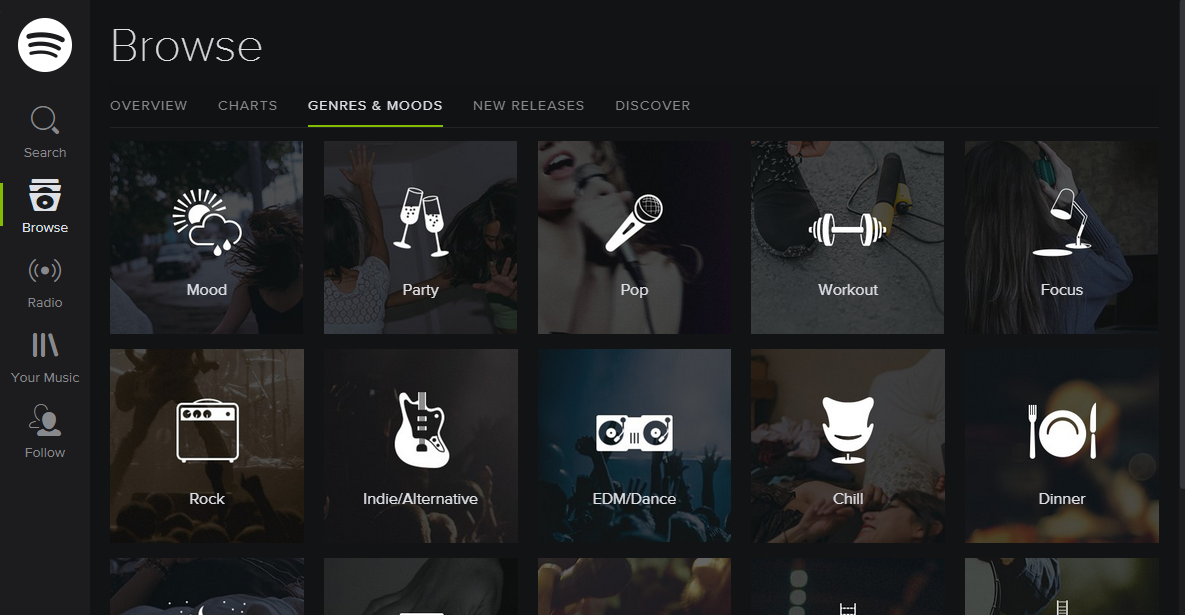 Do you think you have an eclectic taste in music? Even if you do, we are quite certain that you’ve not heard all 1,369 genres of music available on Spotify. The online music streaming service has a bunch of playlists that are so strange that even they felt compelled to post a blog entry mentioning 50 genres with the strangest names. We would agree that these genres are a little too specific, even if you’re someone who has a broad taste in songs.

Below, we list 5 genres that we find most interesting, and our thoughts on them after a quick listen. For fairness, we hit the ‘Shuffle Play’ button so Spotify would start on a random song from each respective playlist, although you could certainly go for the ones you’re interested in if you’re on the Spotify client.

Spotify says that it’s “extreme ambient minimalist music”. The song we got at random was Music for a Glimpse Inward by Rolf Julius, and it is truly ambient music taken to an acute degree – it sounds like a cold forest, and we suppose that’s what the artist was implying. Zephrium Scan by Kim Cascone is an electronic number, which felt more like a musical interpretation of a Windows OS defragmentation process.

The name of the genre comes from how the tracks “squeeze” the best sounds you can get from vintage synthesizers. Falls Road by Fort Fairfield is a gentle piece – it’s not hard to imagine it as elevator music, if you dig drum and bass, electronica and synths while waiting for the lift. Moto-Gucci by Mesak is an upbeat number that you can easily find in a puzzle-based game – although we do think the title is inspired by the American telecommunications company.

This genre is labelled as such because the sounds here are either from, or inspired by the Ninja Tune label, underground dance music makers, with influences from hip-hop and breakbeat genres. Can I Get a Witness (Thievery Corporation Remix) by Sofa Surfers is a chill yet catchy hip-hop piece you could nod to, and it would be at home if played at any of the bars in town. Black Jesus by 9 Lazy 9 is also another pleasant hip-hop piece, reminiscent of the works from late instrumental hip-hop producer Nujabes, featuring heavy jazz elements and vocals are used sparingly for effect.

This playlist only has songs that are played used the mallet – the musical instrument, not the hammer. On it, you can find evergreen songs, together with classical pieces that are adapted for the instrument, and we were given a treat to Two Mexican Dances for Marimba by Gordon Stout, followed by a taste of a digitally remastered version of Little B’s Poem by Bobby Hutcherson.

There’s eccentric, and then there’s this. This playlist stars all the wrestler theme songs and any other song produced, sung, or written by famous wrestlers. The first track we got was a rap track, Flow Easy ft. Bumpy Knuckles done by current WWE United States Champion John Cena. Rikishi’s entrance theme, Bad Man, followed next. We aren’t entirely sure how wrestling careers and music come to meet, but both are nonetheless entertaining.

Spotify classifies genres by using their algorithms to sort the tracks based on their root genre and listener’s preference, which will in turn do a better job at recommending songs to other Spotify listeners with similar taste. For a full list of this oddity, head over to the Spotify blog. You will need a free Spotify account to access the playlists directly. Alternatively, you could always type “The Sound Of” into the Spotify search bar, followed by the name of the genre, for the playlist itself.

Join HWZ's Telegram channel here and catch all the latest tech news!
Our articles may contain affiliate links. If you buy through these links, we may earn a small commission.
Previous Story
Take a selfie polaroid with the new Instax mini 70
Next Story
Sadly for HP, Steve Jobs was one ruthless negotiator