Note: This article was first published on 7 June 2022. 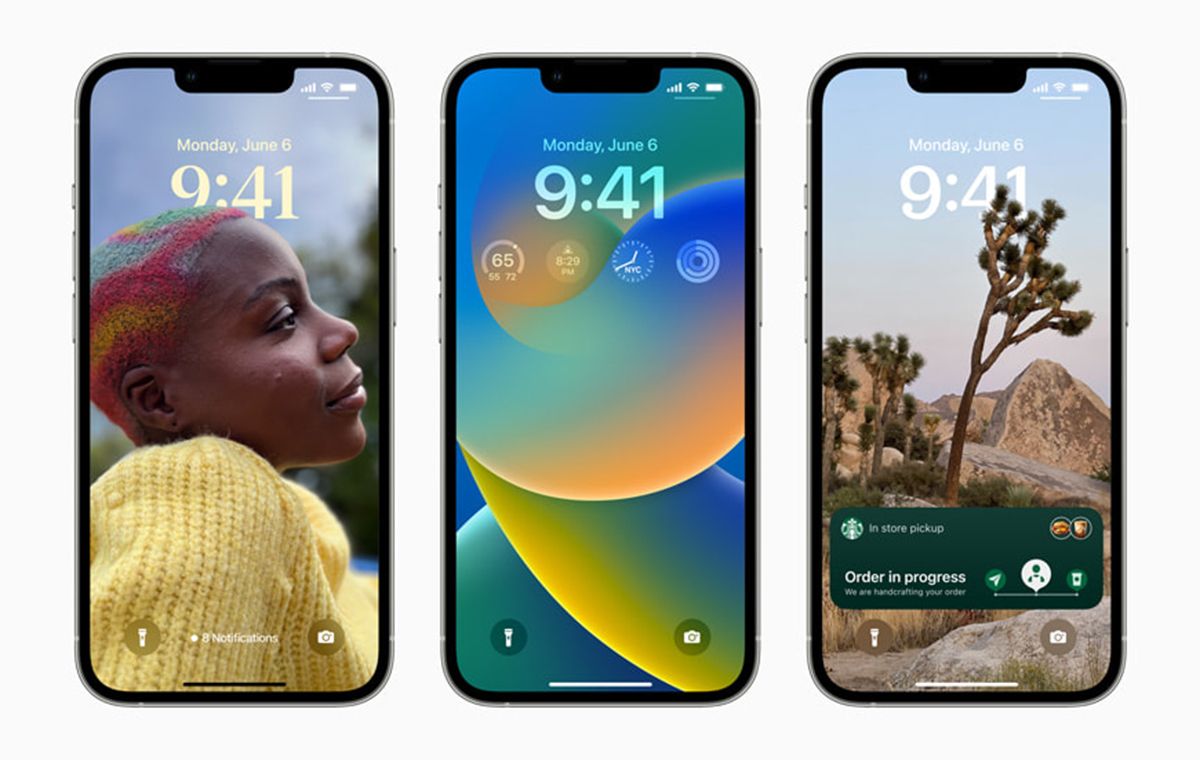 Apple WWDC 2022 is a developer-centric conference for app developers in the Apple ecosystem, but the first keynote also drops plenty of updates on Apple’s upcoming software and hardware changes.

Here, we summarise what Apple is bringing to iOS 16, which affects your iPhones. Without further ado: 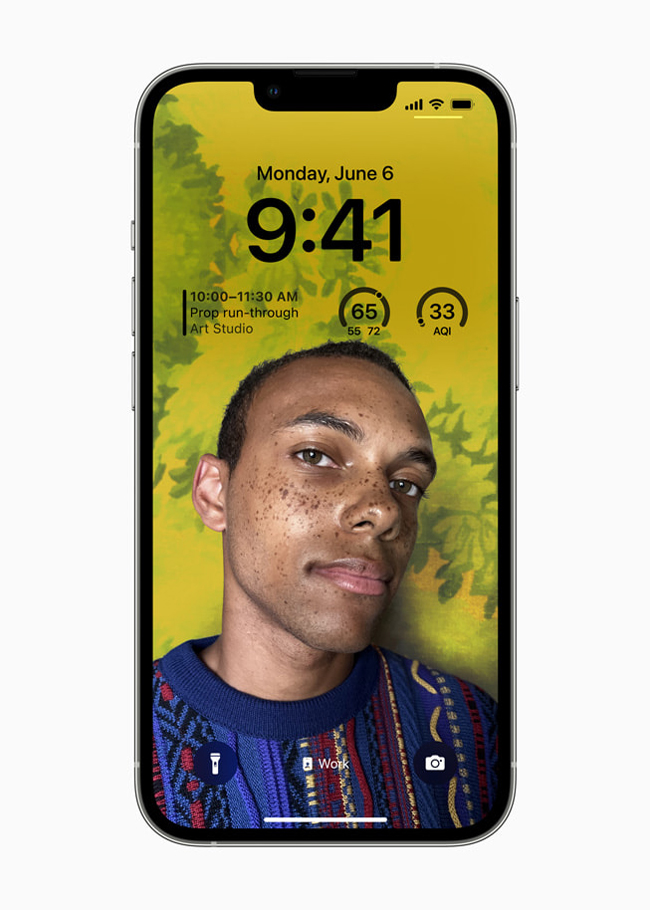 Apple’s iOS 16 Lock Screen now gets Depth Effect in your chosen Lock Screen photo. Depth Effect offers a multi-layered effect, setting the photo’s subject in front of the clock on the screen to create a sense of depth. 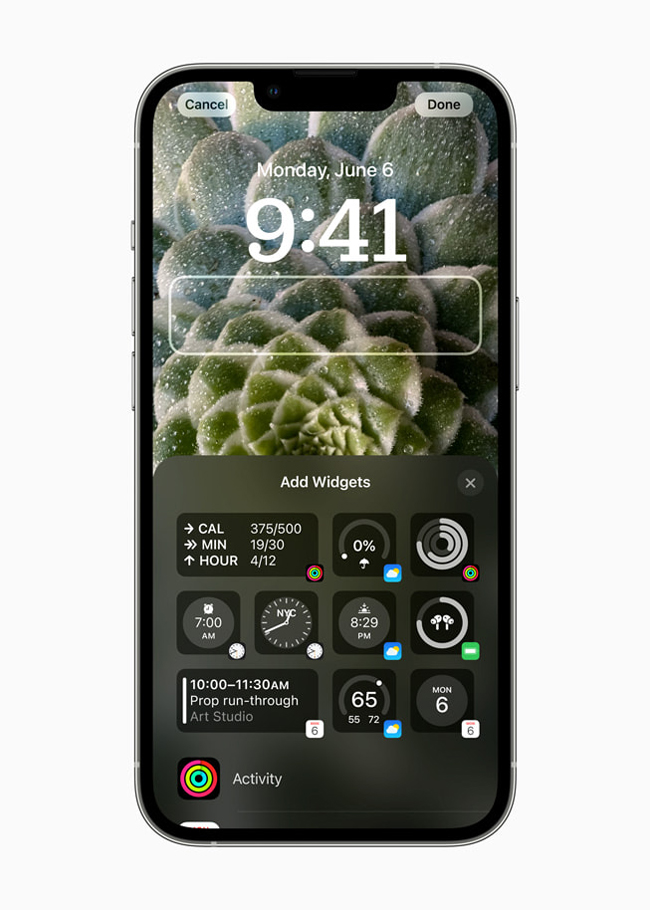 The Lock Screen also now supports Widgets, chosen from the same Widget Gallery in your iPhone. This lets users see details like weather, battery levels, Apple Health metrics, and more at a glance.

Apple also has a gallery of customisable preset Lock Screens, and is easily selected with a swipe. For a start, Apple has Pride and Unity type Lock Screens, Weather-based Lock Screen, and Astronomy for a bird’s eye view of the solar system. 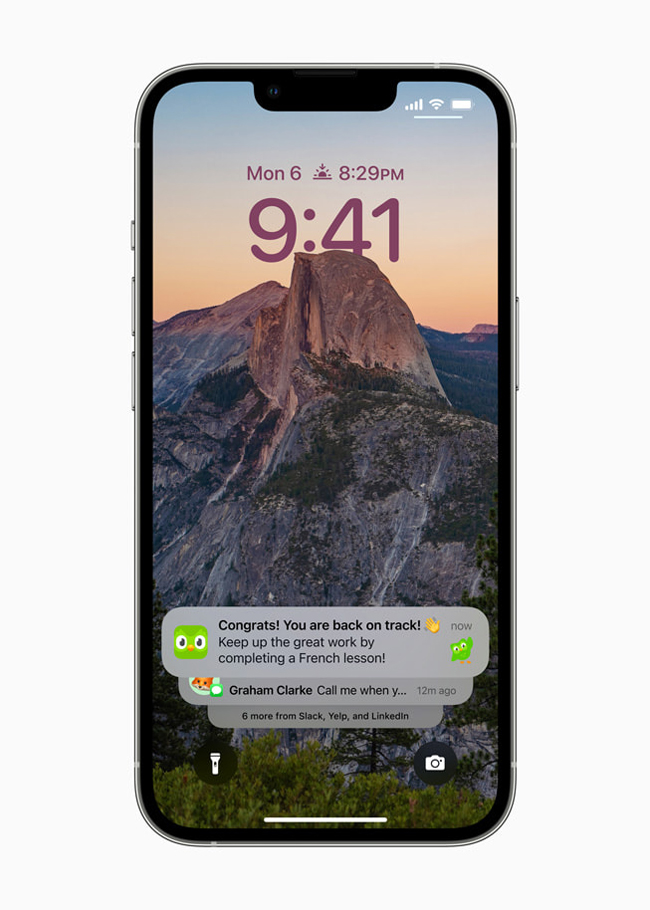 Notifications now “roll in” from the bottom of the Lock Screen instead of appearing in the dead centre like before. 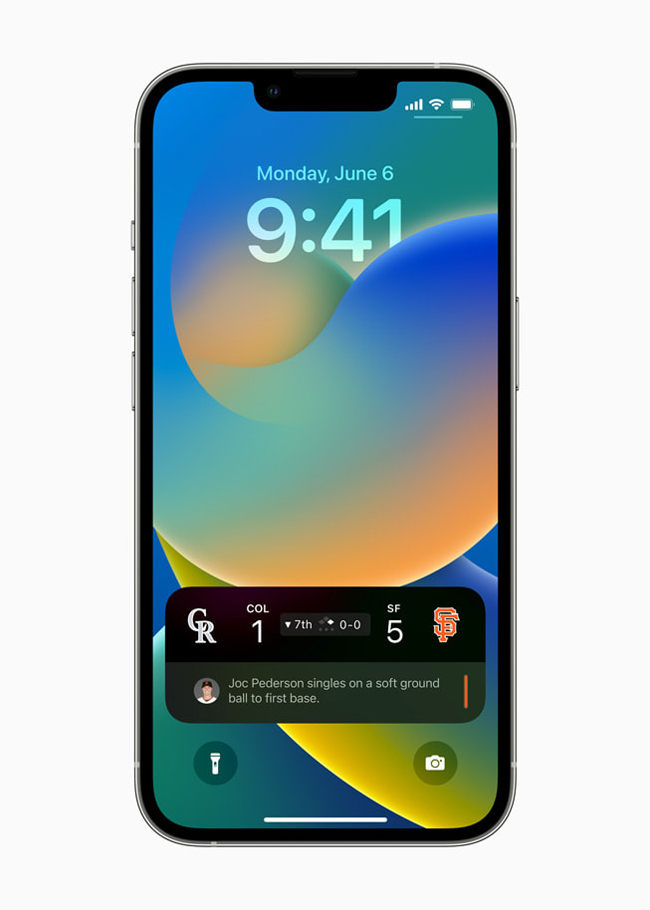 Live Activities is a new type of real-time notification for apps that’s no longer static. Basically, it’s an evolving Notification that updates itself as progress rolls in, with Apple’s example being an ongoing basketball league playoff. Developers can tap into Live Activities API for their apps when iOS 16 rolls out.

The new Lock Screen also works with Focus with a Link Focus option to specific Lock Screens. In addition, focus itself is improved further, with filters that cut across Safari, Messages, and other Apple first-party apps.

Dictation (voice-typing) now keeps the on-screen keyboard open so users can type or voice their text. Also, Dictation now has automatic punctuation and emoji dictation by speaking the emoji out.

For Siri, Apple launches App Intents API, allowing developers to build Siri compatibility into their apps more easily. Siri can run certain shortcuts once an app is downloaded, so it doesn’t require an upfront setup. 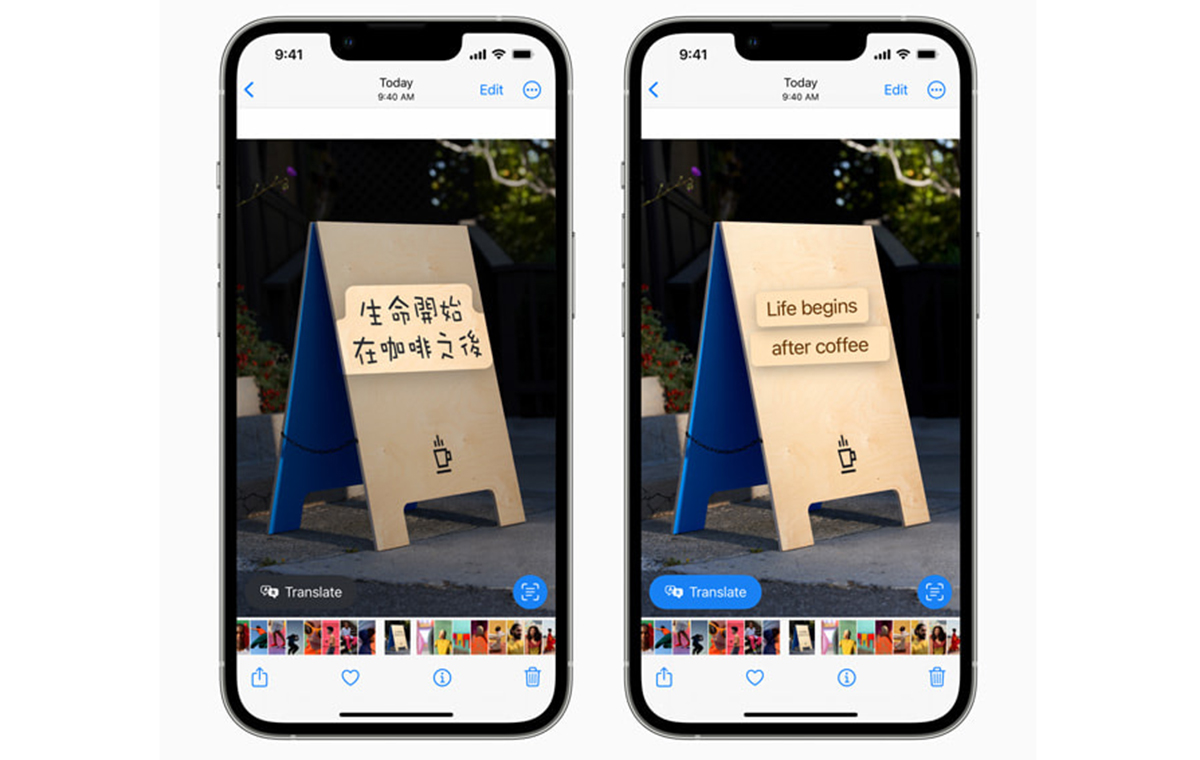 Live Text now works in videos – you can pause while a video plays, and copy-paste text seen in the photo. It works with currencies, translation, and more. Developers also get Live Text API to enable their Apple apps with such functionality.

Visual Look Up now allows users to tap and hold on an image’s subject to lift and place it in apps, like messages. The feature is also expanded beyond animals, now supporting birds, insects, and statues.

Photos get shared library with loved ones 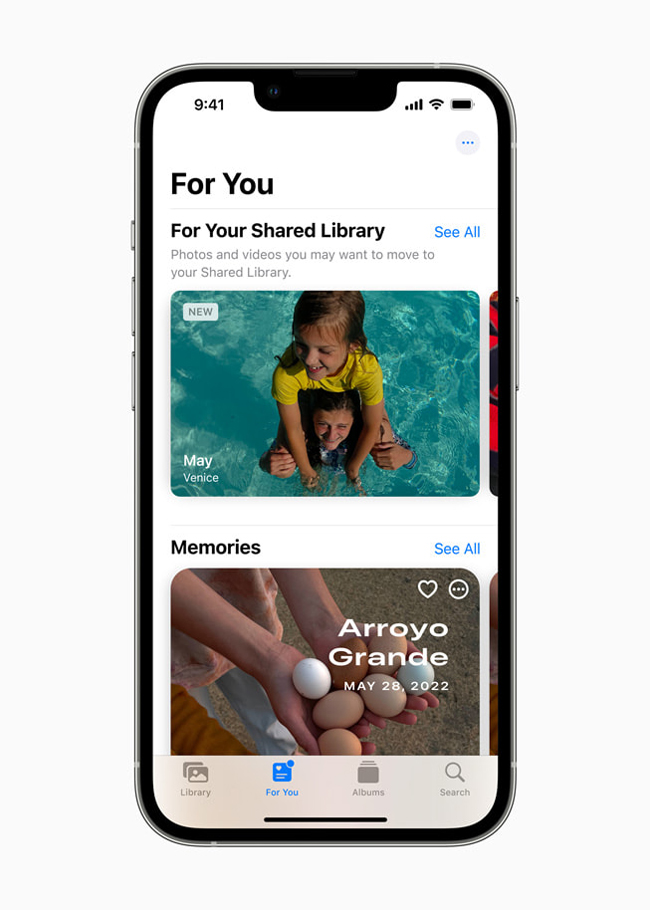 iCloud Shared Photo Library allows up to six users to share and contribute photos of specific memories into a separate Apple iCloud storage.

All users in the group have the same level of access to the iCloud Shared Photo Library, including adding, editing, or deleting the photos. The Camera app also gets a toggle that indicates if the photo taken goes into the shared library or the user’s personal library. 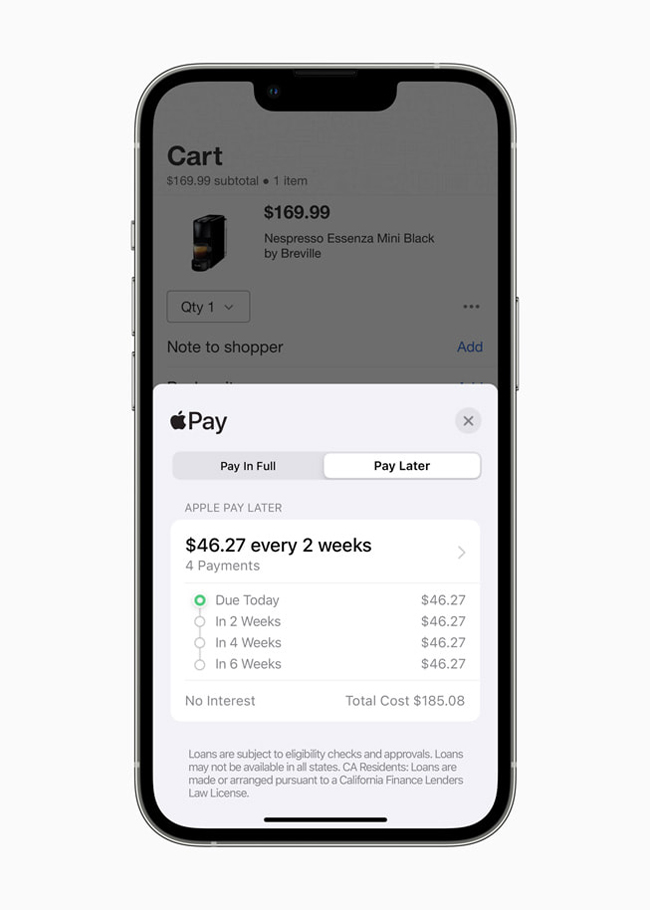 Apple brought support to Wallet ID to more states in the U.S., with organisations like the TSA accepting verification on Wallet ID. It also gets digital tie-ups, allowing identification in Wallet ID to be used for apps that require proof.

Keys in Apple Wallet can now be shared with trusted users via messaging apps like Messages, Mail, and more.

Apple iOS 16 also sees further Apple Maps updates. Multistop routing allows users to plan up to 15 multi-stops in a single journey. The feature also works on Siri, so drivers can add stops using their voice to Apple Maps while driving. Users can also plan routes on a Mac and transfer them over to iPhone when they’re ready to commute.

Apple is also extending its new detailed map format to 11 more countries (Singapore was part of the first 10, so we’re covered here).

Apple News now gets a new My Sports section, which covers different leagues, matches, and sports news within the user’s favourite sport. Unfortunately, My Sports is only available in the U.S., the U.K., Canada, and Australia at launch (and nowhere else yet).

A new feature called Family Sharing makes it easier to set up Parental Controls and Quick Start Setup for new devices on behalf of family members. When a ward (like a child) requests more screen time, the guardian or parent can accept or decline screen time extensions in Messages. 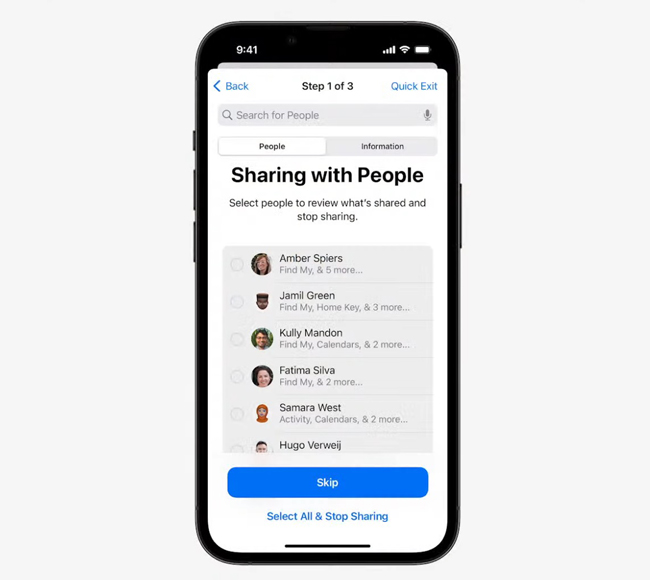 Safety Check is a new privacy tool for users whose personal safety is at risk from domestic or intimate partner violence. The tool allows users to quickly remove all access they’ve granted to others by revoking permissions and shared data. It also signs the victim out of iCloud on all other devices that might be in the abuser’s hands.

While it sounds like an emergency reset on your shared personal details, Safety Check is designed to cut off digital access from abusers or toxic contacts in your life. Safety Check also gives users a glance at who currently has access to your information.

The My Home app for smart home controls is also better designed, with categories of appliances listed at the top (lights, locks, speakers etc.), and tapping into each category brings the user to an overview of the appliances across their home. 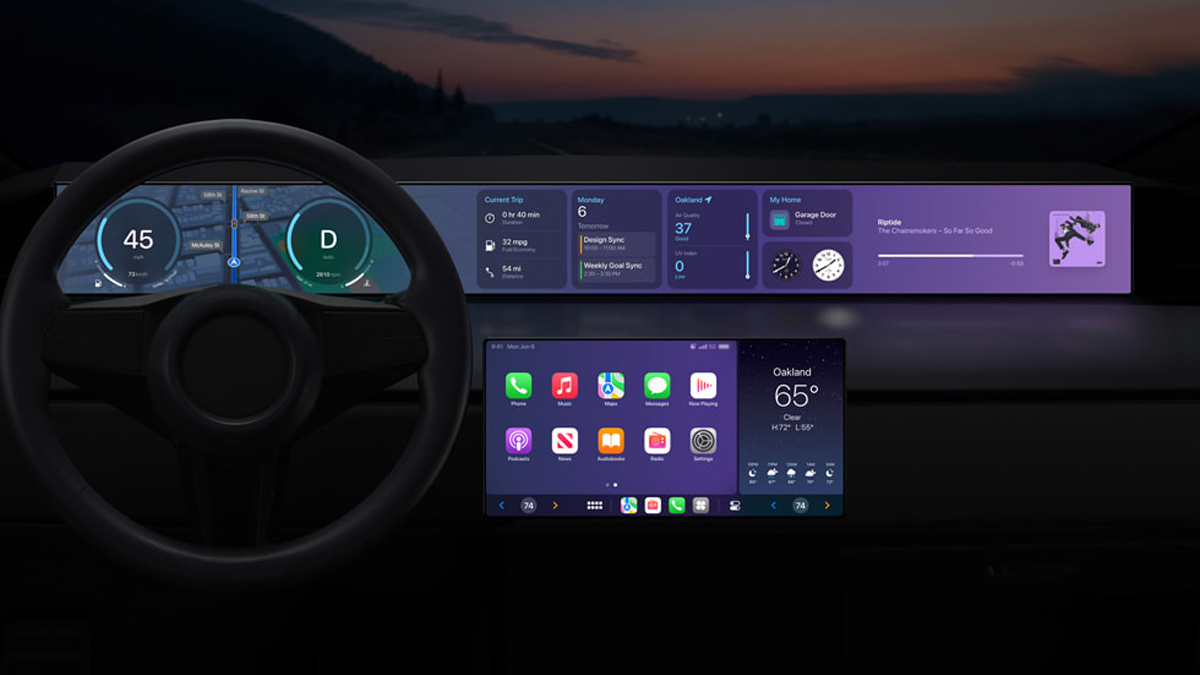 CarPlay (available on 98% of U.S. personal cars) now gets a next-generation user interface. Based on the sneak peeks seen at WWDC 2022, the new CarPlay is now more deeply integrated into a car’s hardware.

The gauge cluster can be customised based on user preferences (e.g. modern digital signage or traditional themes with dials and needles). That’s all Apple shared at WWDC, but more information will come later this year. 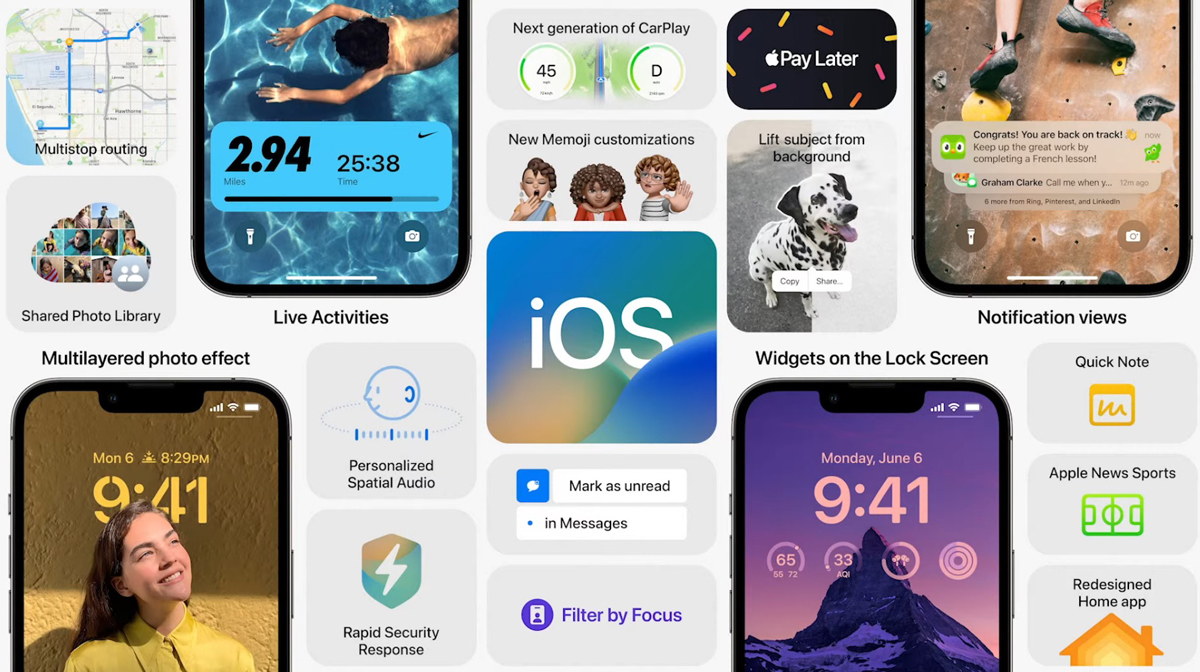 Other iOS 16 Apple shared about but did not flesh out are Personalised Spatial Audio (which uses TrueDepth camera on iPhone to map out audio fields), Quick Note, and Rapid Security Response.

Join HWZ's Telegram channel here and catch all the latest tech news!
Our articles may contain affiliate links. If you buy through these links, we may earn a small commission.
Previous Story
Midea's household AI robot is a butler, assistant, security guard and playmate
Next Story
Belkin's new Boost Charge Pro 4-port GaN Charger 108W can juice up to 4 devices simultaneously (Updated)