Here are all the Android updates seen at CES 2022

Here are all the Android updates seen at CES 2022 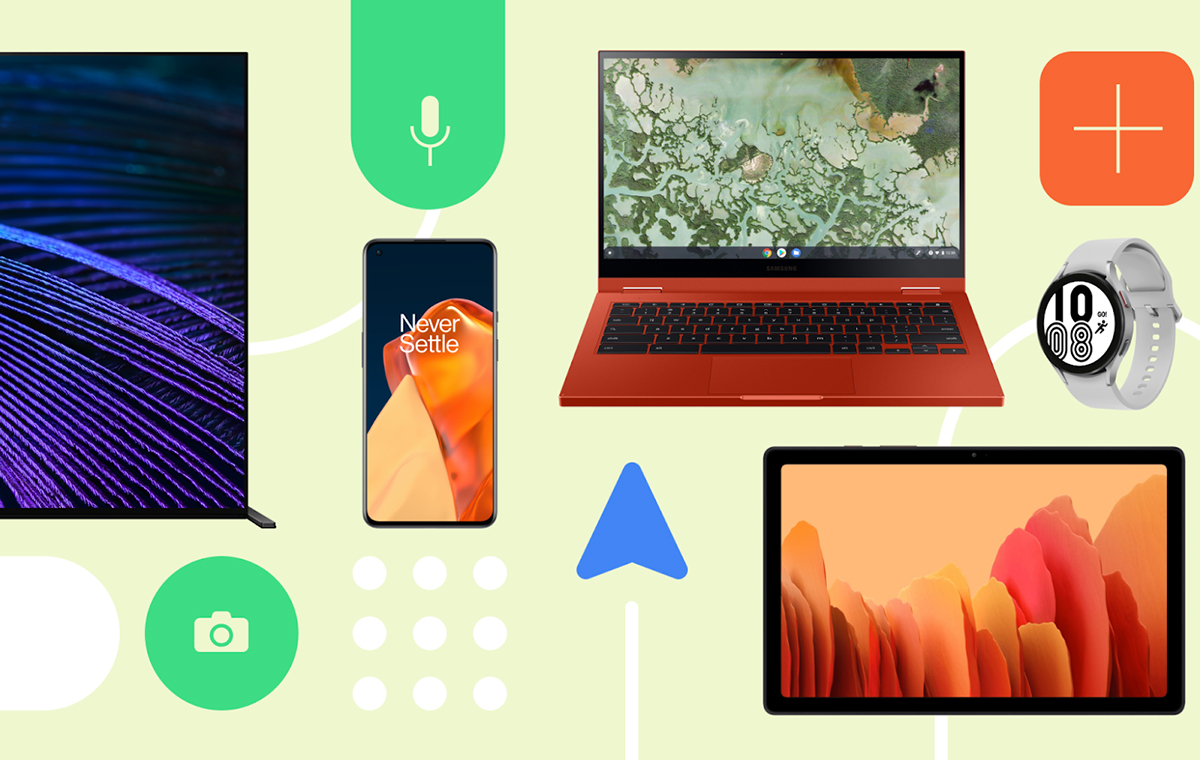 While Google pulled out of attending CES 2022 physically, the company still has a ton of things that they’d like to announce during the international tech conference.

In a Google blog post shared today, it shared its 2022 plans in making Google-connected devices more congruent and seamless. Here’s a quick summary of what’s coming. 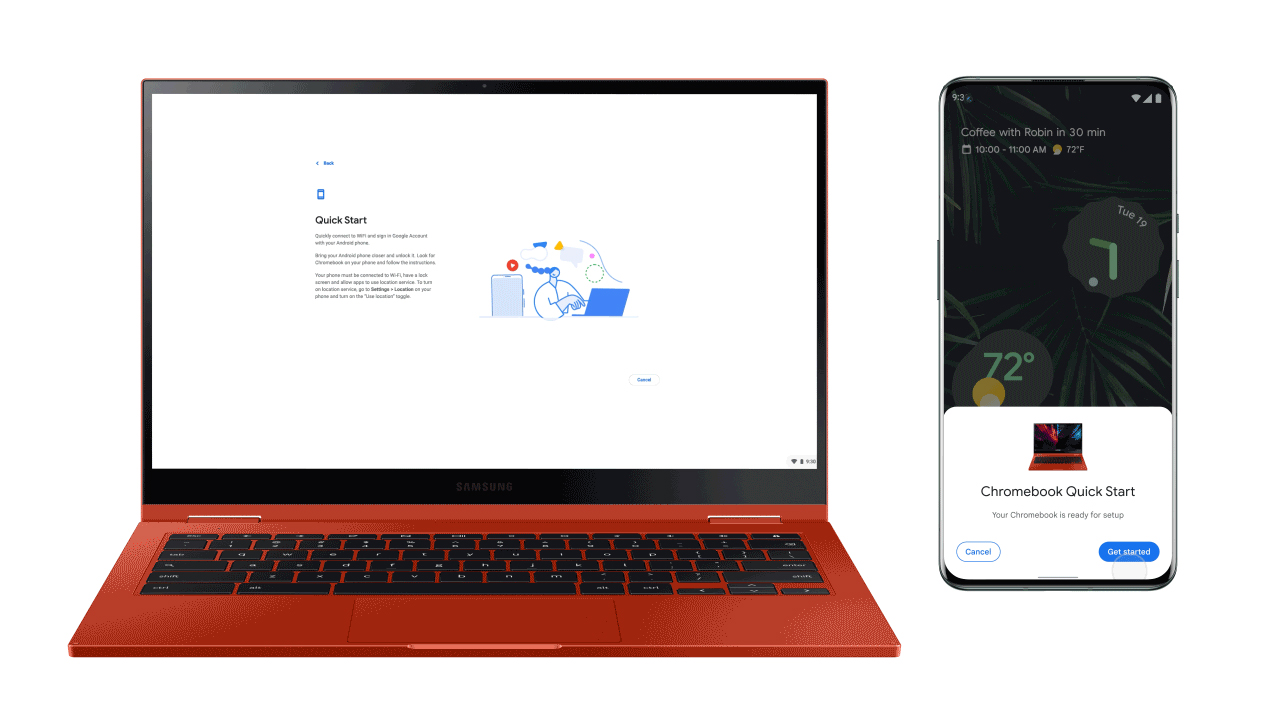 Currently, Google has Fast Pair for connecting Android phones to Bluetooth accessories for instant set-up and pairing of devices.

A new feature in the coming weeks will see Fast Pair-enabled headphones pairing with Chromebooks in a single click. Android phones can also quickly set up and access brand new Chromebooks, where it immediately transfers credentials like Google login and Wi-Fi passwords. 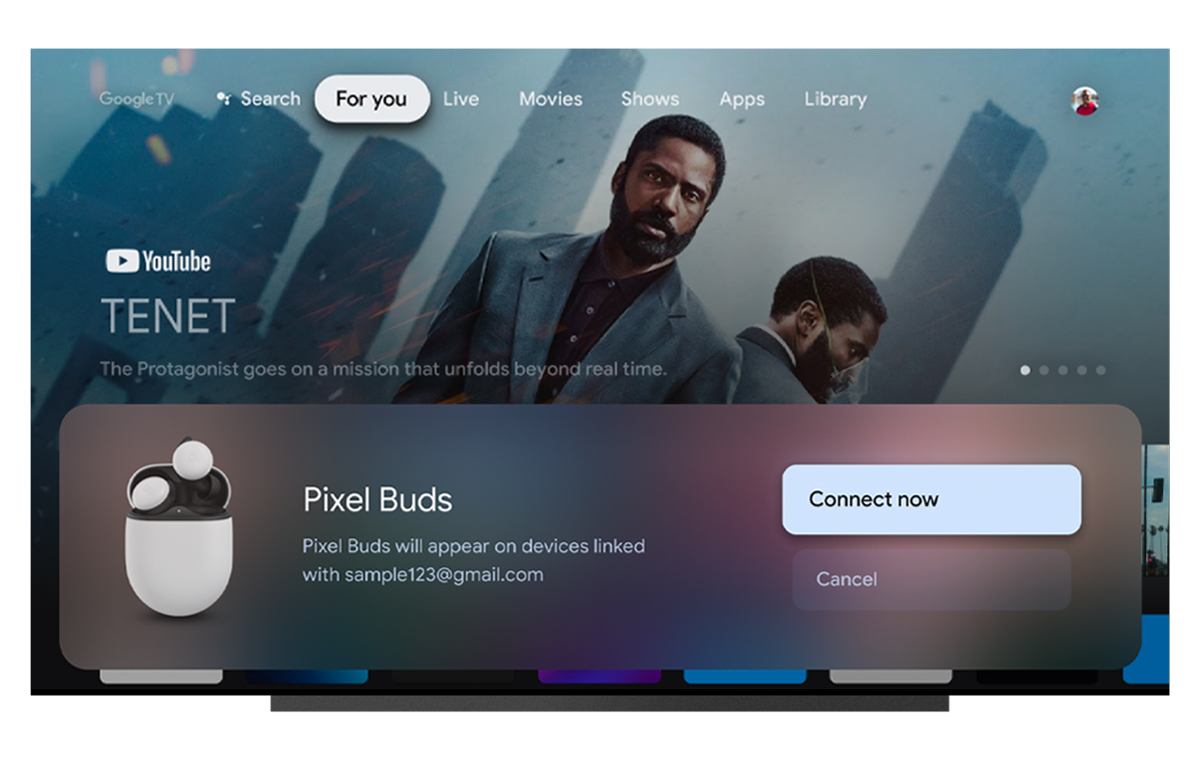 In the coming months, headphones can easily connect to Google TV and TVs with Android TV OS, so headphone-TV-watching is no longer an exclusive feature to specific smart TV models.

In the coming months, paired Wear OS smartwatches can unlock and access Chromebooks or Android phones and tablets when the watch is nearby.

Digital car keys can lock and unlock supported BMW vehicles when used in tandem with a compatible Samsung or Pixel smartphone (those with Ultra-Wideband, or UWB for short). Users can also ‘lend’ their digital car keys to approved friends and family by sharing said digital keys. 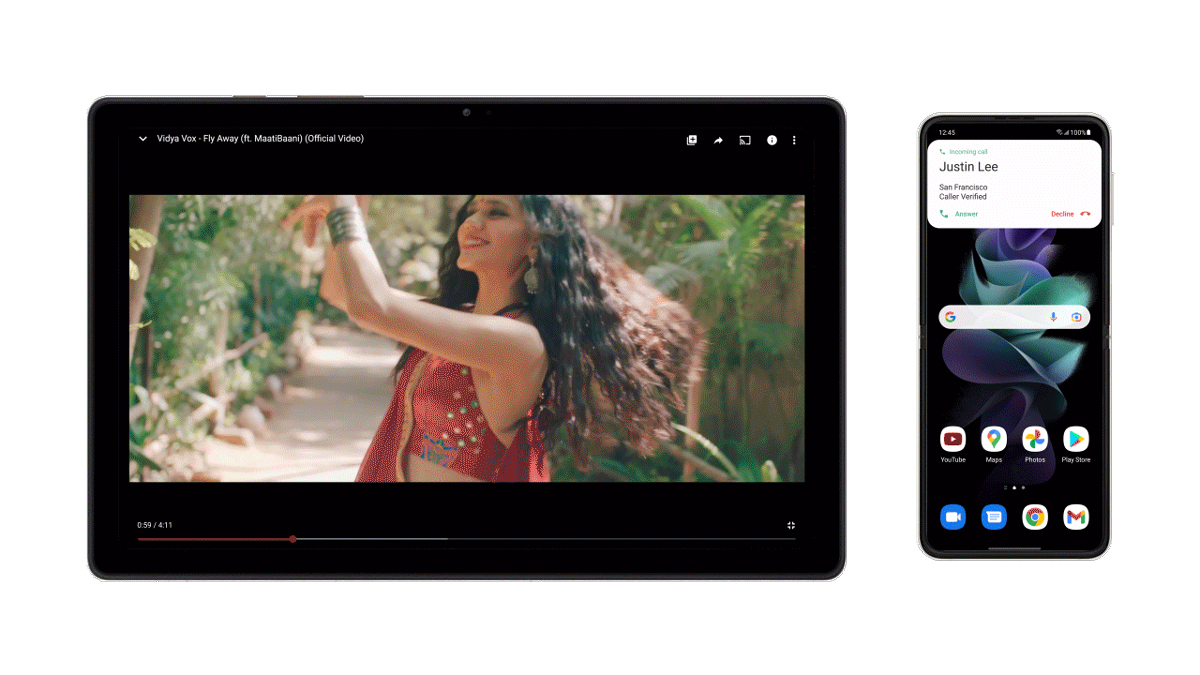 Bluetooth-enabled headphones can now automatically switch between active devices, e.g. switching away from a show on an Android tablet to take calls on an Android phone. For immersive listening experiences, Spatial Audio will work with supported headphones to adapt sound based on your head movements and position. 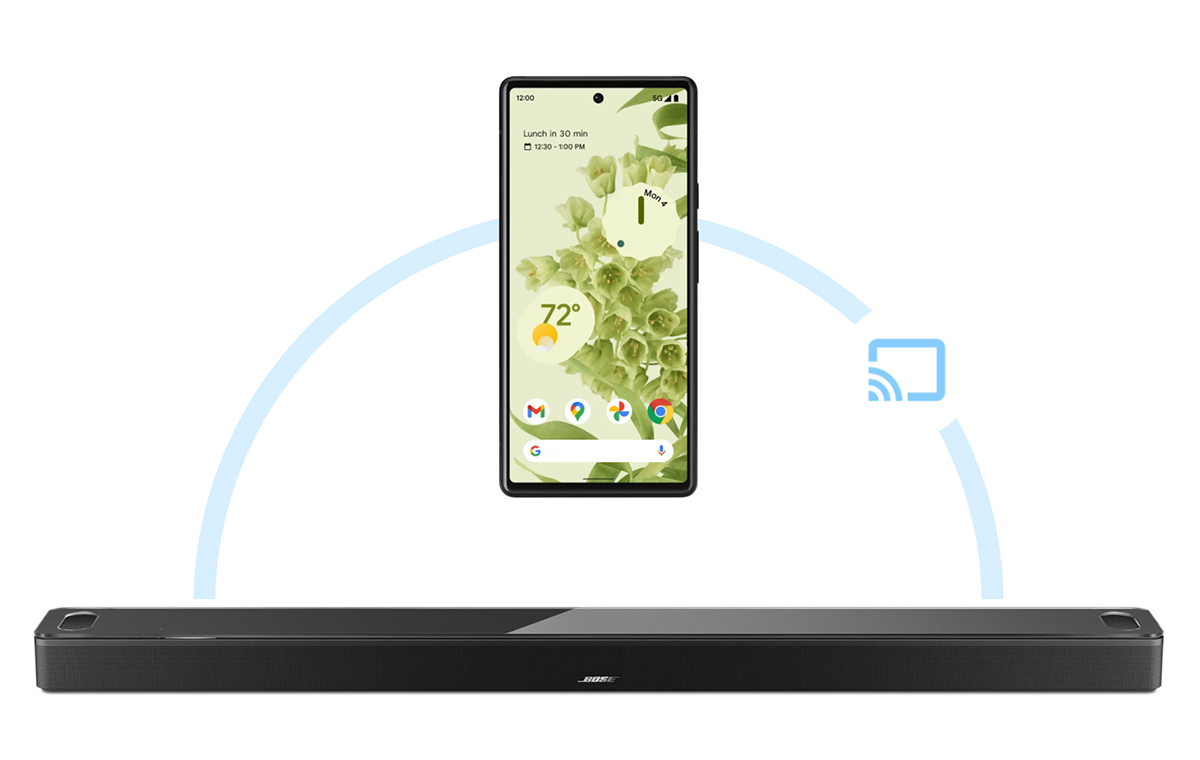 Built-in Chromecast will also go to more products in the coming months, starting with Bose smart speakers. This way, users can easily share content and media across more types of devices, and not just Chromecast-enabled TVs. 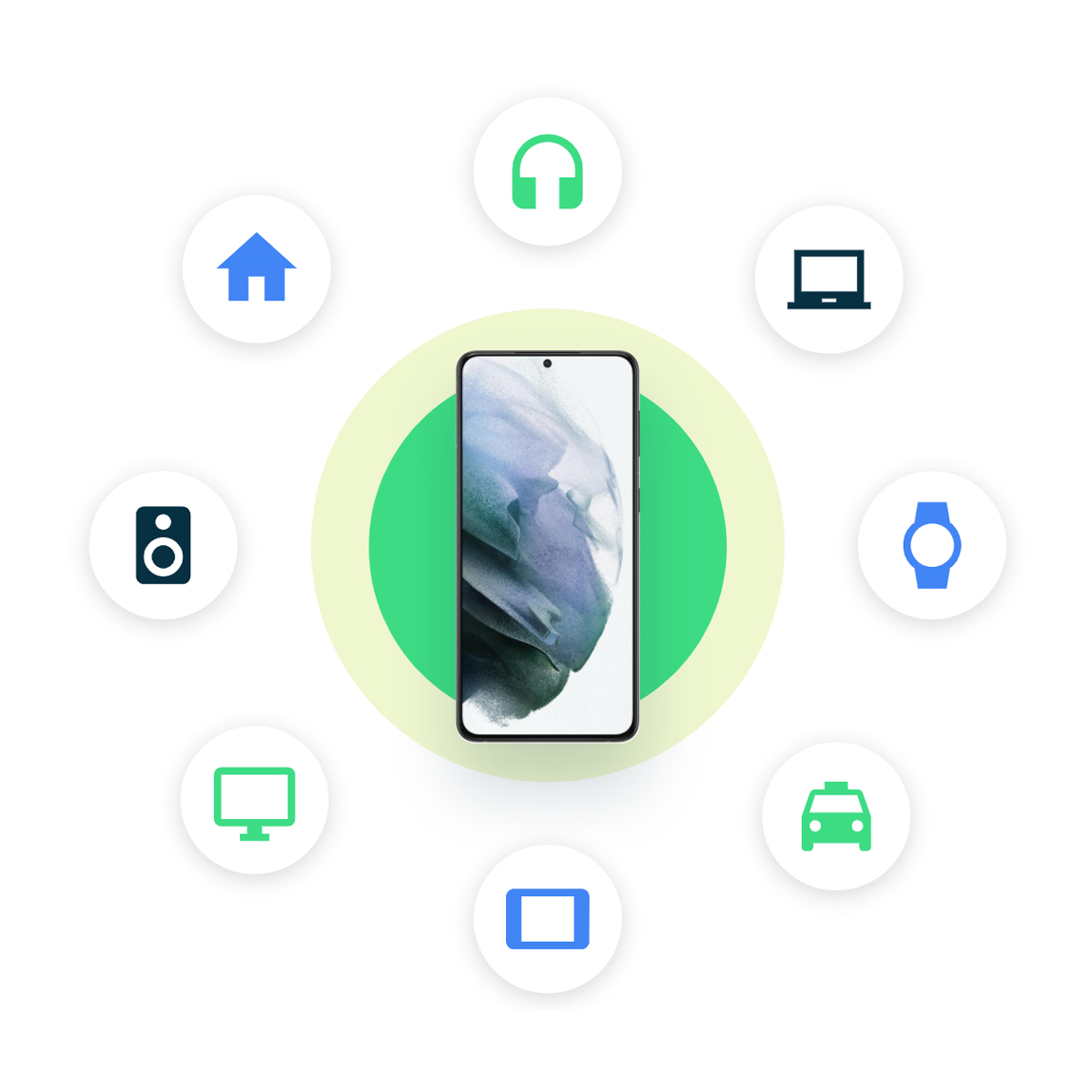 The Phone Hub feature for Chromebooks also enables multi-device messaging, even if the paired Android phone is in another room. In addition, the Phone Hub will also give access to the Android phone’s Camera Roll.

Finally, Google’s voice commands are further expanded to include remote actions like warming up or cooling down a car, locking or unlocking it even without going near. These new features are going to Volvo cars in the coming months, with other Google Assistant-enabled devices to follow later.

Later this year, Android phones can connect to Windows PCs using Fast Pair, allowing users to set up their Bluetooth accessories, sync text messages, and share files using Nearby Share. Google is working with Acer, HP, and Intel to bring this feature onto select PCs, for a start.

Join HWZ's Telegram channel here and catch all the latest tech news!
Our articles may contain affiliate links. If you buy through these links, we may earn a small commission.
Previous Story
ASUS's new ZenBook 14 OLED gets a fresh design and choice of Intel and AMD processors
Next Story
ASUS announces first 42-inch 4K OLED gaming monitor with 0.1ms response time