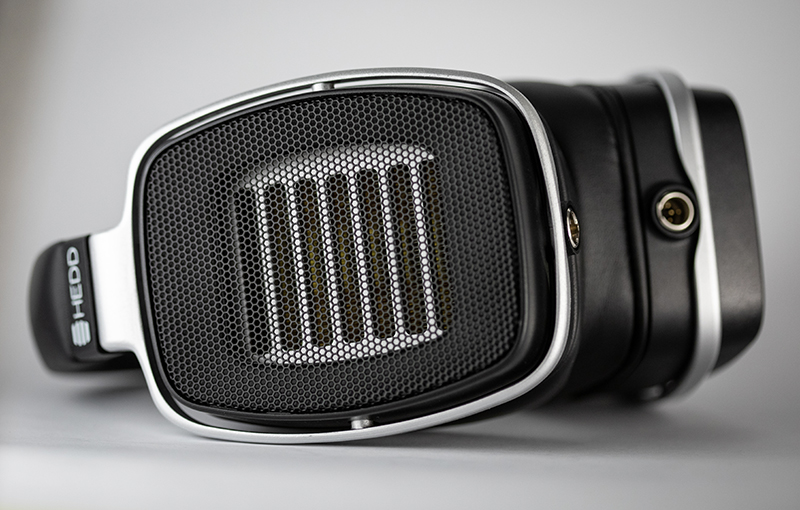 The HEDDphone by HEDD Audio is one of the most interesting headphones today, not just because of its amusing name, but also because it uses an Air Motion Transformer (AMT).

The AMT shares some similarities with planar magnetic drivers but differs in some key ways. Most notably, the diaphragm of the diver is pleated.

As a result, it moves air laterally and outwards from its pleats. The benefit of this is precise imaging, low distortion, and superior transient reduction.

AMTs have been employed widely in loudspeakers, predominantly as a mid-range woofer or tweeter, and this is the first time it has been put to use in a headphone.

The HEDDphone features an open circumaural design and has thick ear and head pads for comfort.

Since AMTs are frequently used to produce the mid and high frequencies in a loudspeaker, HEDD Audio had to design a new diaphragm geometry in an approach called VVT to get the AMT in the HEDDphone to reproduce the entire frequency range. Claimed frequency response is said to be from 10Hz to 40kHz.

Because of the complex nature of an AMT, the HEDDphone's weight could be an issue for listeners. The HEDDphone is a hefty 718g, which easily makes it one of, if not the heaviest headphone in the market.

If the weight worries you, the good news is that the HEDDphone is available for audition now at Zeppelin & Co..

But if you are adamant that you want to try this new tech out for yourself, the HEDDphone can also be pre-ordered now, also from Zeppelin & Co. and it will be available sometime in March. The HEDDphone is priced at S$2,799.