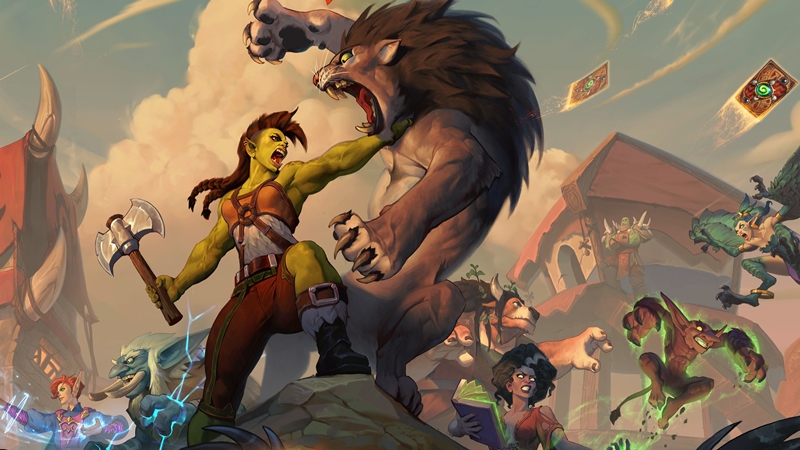 Regardless of what multiplayer games you play, there's always an unspoken understanding between all the participants. Namely, you're going to win some, and you're going to lose some too. Of course, no self-respecting player ever plays to lose (duh.), but when it does happen, be it due to your own misplays or your opponent having the luck of the draw, there's a certain beauty in being able to lose gracefully as well.

And that certainly does not include ragequitting. Not to mention doing so in a formal tournament setting.

However, during the Grand Finals of the Hearthstone European Grandmasters tournament, 20-year-old Hearthstone pro player Zakarya "xBlyzes" Hail did just that. After drawing into a bad hand which rendered him unable to counter or contest his opponent David "Frenetic" Neila's board, Hail decided to intentionally disconnect in frustration, rather than conceding the game or letting Neila finish him off.

Naturally, many spectators viewed this as unsportsmanlike (and it certainly is), and took to Twitter to lambast Hail for his decision. While we can certainly understand his frustration at losing such an important match, being unsportsmanlike about it is a completely different issue. In response to the community's annoyance, xBlyzes provided a rather un-cool (not to mention salty) answer to one of those tweets, as follows: "Sry (sic) to be mad because I lost the most important match of my life."

As relatable as losing a high-stakes tournament match is, it's still not cool. And to make matters worse, this instance of ragequitting isn't the only talking point regarding Hail. In the earlier rounds of this same tournament, not only was he penalised for arriving late to a match, but he was also accused of "win-trading" with another opponent, though he has fervently denied any such action. According to him, there is simply no logic in trading wins, sticking around, and potentially increasing the chances of anyone finding out, which does technically make sense. Needless to say, Blizzard is still investigating this particular issue, but for the time being, Hail probably has plenty of other fires to put out on his end.

Join HWZ's Telegram channel here and catch all the latest tech news!
Our articles may contain affiliate links. If you buy through these links, we may earn a small commission.
Previous Story
Battlefield 2042 will toss players into a war-torn world on the brink of destruction on 22 Oct
Next Story
Here are all the Health updates coming to your Apple device soon thanks to iOS 15