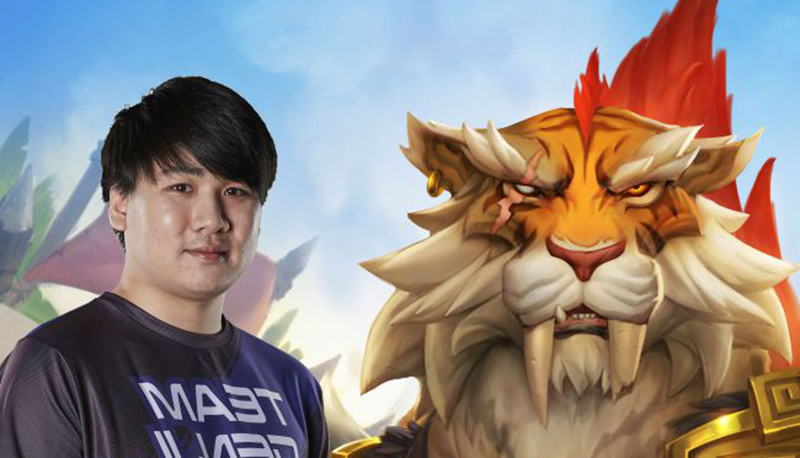 Hearthstone Grandmaster Linh "Seiko" Nguyen has just lost a league match after attempting to play Dota Auto Chess on his phone at the same time.

Hearthstone Grandmasters is a new tournament from Blizzard that pits 48 of the world's best players against each other. They're chosen based on lifetime earnings, 2018 HCT Competitive Points, and other factors, and Seiko, who represents Germany, was playing against Swedish player Elias "Bozzzton" Sibelius.

The finals will take place at the end of the year, where the top two players from each region – comprising the Americas, Europe, and Asia-Pacific – in addition to two Gold Series Champions from China, will compete for a US$500,000 prize pool.

During the match, it became clear that Seiko's focus was elsewhere. The match took place on stream, and viewers could see that he was constantly looking down and making mistakes that he really shouldn't have. The casters also called him out on his misplays, and he eventually threw the game and lost the series 1-2.

In a now deleted tweet after the match, Seiko confirmed that he was in fact playing in a Dota Autochess qualifier while also playing his Hearthstone Grandmasters match. The qualifier in question was for a US$1,000,000 Auto Chess tournament, which might explain why he was so eager to try to juggle the two.

That said, the community rightly called him out for being disrespectful and unprofessional. Blizzard has promoted the Grandmasters league as the highest echelon of the competitive scene for Hearthstone, so it sure doesn't look good when one of these elite players isn't fully committed to a match. As Simon "Sottle" Welch pointed out, his actions were insulting to the Grandmasters program and to the many players who want to be in Seiko's position.

However, Seiko reportedly told Blizzard that he would be playing both tournaments at the same time, but not before asking if the Hearthstone match could be rescheduled to avoid the scheduling conflict. Hearthstone Esports Product Manager Drew Higbee has since clarified that both parties had gotten their wires crossed. Blizzard appears to have mistakenly understood that Seiko would somehow arrange his Auto Chess commitments around his Hearthstone matches, not that he would actually be playing both games at once.

The German player has since posted a formal apology on TwitLonger and said that he will be dropping Auto Chess to focus on Hearthstone.

Join HWZ's Telegram channel here and catch all the latest tech news!
Our articles may contain affiliate links. If you buy through these links, we may earn a small commission.
Previous Story
Huawei's entire Mate 30 lineup revealed in leaked photos
Next Story
ASUS has two new ROG Crosshair VIII and Strix motherboards for your next SFF Ryzen PC