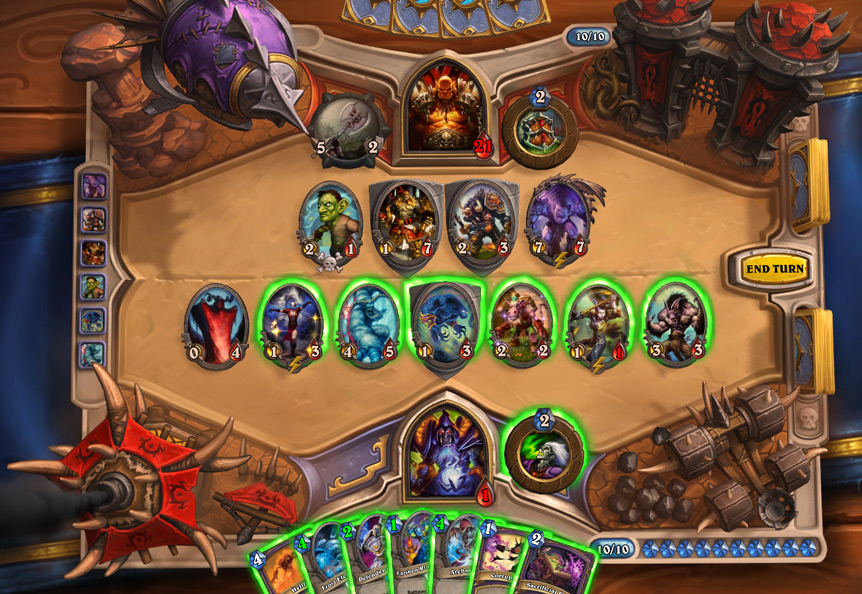 Updated 18/12/17: Hearthstone is now available on the local Google Play store. Get it here.

Free to play games have a bad rep. They're usually all based on the regenerating energy mechanic (like in Candy Crush), with very few games deviating from that. Hearthstone is one of them. We think it's a great game. In fact, we think its so great that we even wrote a basic guide/hands on about it awhile back.

Whether you're a Hearthstone addict or a holdout, those who opt to try out the Android version will get a free card pack upon completion of a game (win or lose). If you've played the game before on iOS or PC, you'll also be able to import your cards and stats over to the Android version, as all three versions use the same Hearthstone account.

The Android version of the app will require tablets that support Android 4.0, have 1GB of RAM and a 6-inch screen or larger. The list of supported tablets is below, taken from Blizzard's FAQ page. Note that the tablets on that list are verified devices, devices that run the game well. The wording seems to suggest that other tablets can be used too, although performance may not be optimal. If your tablet isn't on it but fulfill all the other basic requirements, give it a shot anyways.

If you're lucky enough to have a device that can run the game, there's still one more obstacle in your path before you can start duking it out with cards. Hearthstone is not available on the local Google Play store yet. It's up in certain stores, but not ours at the moment. It might take a few days (or hours) for the local roll-out, so keep checking the Google Play store once in a while.

For those without a tablet (or a tablet that's not supported), fret not. Blizzard's hard at work on porting the game over to regular smart phones and should have more news about it early next year. In the meantime, you can always play it on the PC or iPad.