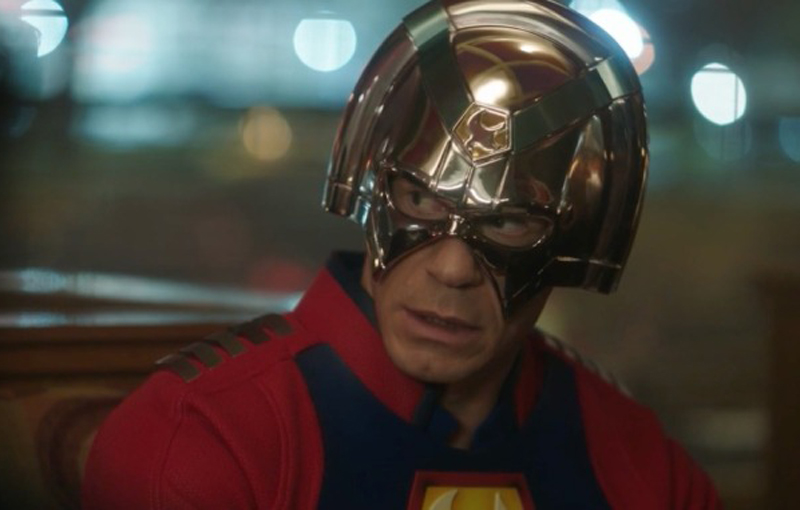 HBO has finally given us our first look at its upcoming series Peacemaker, a superhero series that spins out of James Gunn’s The Suicide Squad. The series stars John Cena as the titular Peacemaker, a skilled marksman with a skewed moral compass.

Watch the clip below:

Spoilers for The Suicide Squad ahead (watch it if you haven’t, it’s excellent): the last time we saw Peacemaker, he was revealed to have survived a near-fatal bullet wound, after killing members of the Squad to protect state secrets. It looks like the antihero has since fully recovered, and is now set on a new mission led by Amanda Waller’s team.

The clip sees the team belittling Peacemaker’s ridiculously colourful costume and pet bald eagle ‘Eagley’, whom he keeps in the back of his car. Interestingly, we still have no idea what exactly Peacemaker’s new mission is - only that most of his coworkers hate him for his actions in The Suicide Squad. We’ll probably see a proper trailer for the show come out of DC Fandome on 16 October.

James Gunn, writer-director of The Suicide Squad, returns to showrun Peacemaker for HBO Max for an eight-episode season. HBO also recently revealed new teasers for Succession Season 3 and its upcoming Sex and the City sequel called 'And Just Like That’, which you can check out below:

Join HWZ's Telegram channel here and catch all the latest tech news!
Our articles may contain affiliate links. If you buy through these links, we may earn a small commission.
Previous Story
iPad mini 6 plagued by LCD discolouration and distortion issues
Next Story
Ubisoft is giving the battle royale genre another go with Ghost Recon: Frontlines