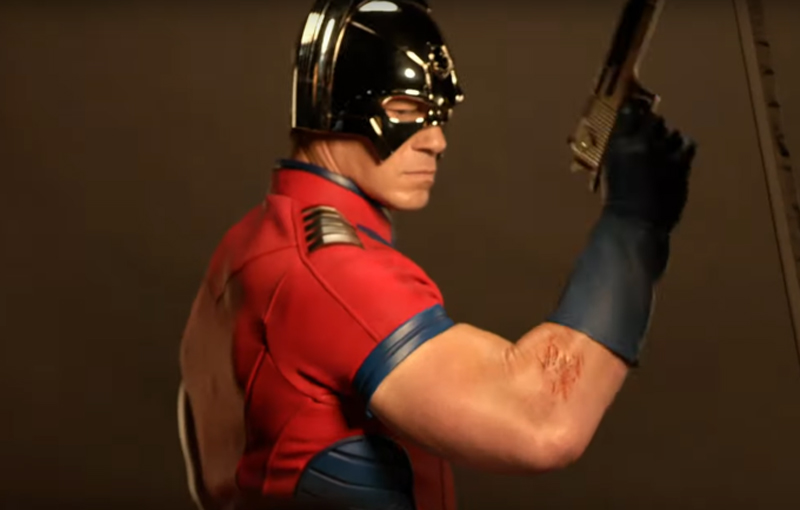 Not only are the Suicide Squad getting a movie and videogame, but a TV series as well.

HBO Max has announced that James Gunn’s The Suicide Squad movie is getting a TV series spinoff! The series will be titled Peacemaker after a character John Cena plays, whom the actor describes as a, “douchey Captain America.”

According to a release, the series will be an action-comedy that follows Peacemaker, "a man who believes in peace at any cost — no matter how many people he has to kill to get it.” The Suicide Squad director James Gunn will write all eight episodes of the series, and direct a couple as well. John Cena will serve as co-executive producer.

I'm over-the-moon excited to be working on #PEACEMAKER with my pals @JohnCena & #TheSuicideSquad producer Peter Safran on this new @hbomax original series from @warnerbrostv @DCComics pic.twitter.com/EsAkOVXB44

In a statement, Gunn said:

Peacemaker is an opportunity to delve into current world issues through the lens of this superhero/supervillain/and world’s biggest douchebag. I’m excited to expand The Suicide Squad and bring this character from the DC film universe to the full breadth of a series. And of course, to be able to work again with John, Peter, and my friends at Warner Bros. is the icing on the cake.

I have said before that it has been a tremendous honor and an incredible opportunity to be part of The Suicide Squad and to work with James on what is going to be a fantastic movie. I am unbelievably excited to have the chance to team up with him again for Peacemaker. We can’t wait for fans to see this.

Peacemaker will begin production in early 2021, with The Suicide Squad planned for an August 6, 2021 release. HBO Max is also developing a police drama spinoff of The Batman, as well as several other DC Comics projects.

Join HWZ's Telegram channel here and catch all the latest tech news!
Our articles may contain affiliate links. If you buy through these links, we may earn a small commission.
Previous Story
MWC21 Barcelona is delayed by four months
Next Story
Black Widow, Eternals and more Marvel movies have been delayed to 2021