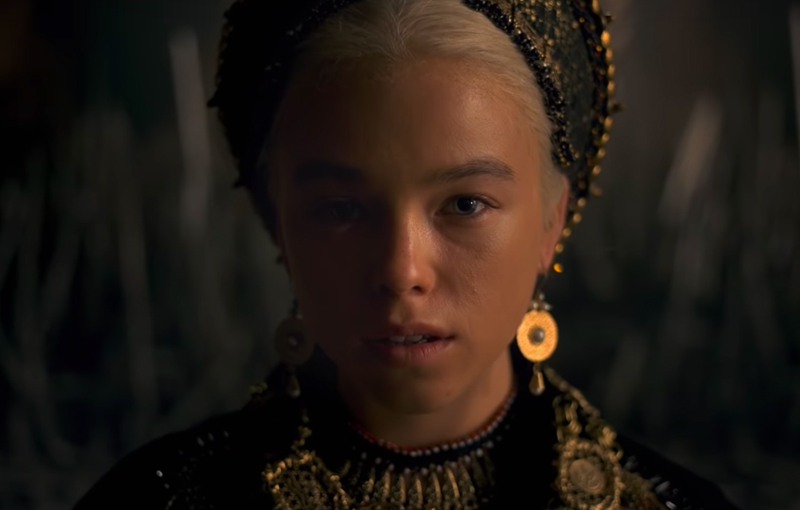 This story has a happy ending, right?

HBO has released a first-look teaser for its Game of Thrones prequel series, House of the Dragon. The show premieres sometime in 2022, following the bloody antics of House Targaryen during the height of their reign.

Based on George R.R. Martin’s book Fire & Blood, this series chronicles the bloody history of House Targaryen. Rumour has it that the series will touch on the Dance of the Dragons, a nickname given to a civil war that occured within the Targaryen house. The series’ main cast consists of Princess Rhaenyra Targaryen (Emma D’Arcy), Prince Daemon Targaryen (Matt Smith), Lord Corlys Velaryon (Steve Toussaint), Alicent Hightower (Olivia Cooke) and Otto Hightower (Rhys Ifans).

House of the Dragon is co-created by George R.R. Martin, Ryan Condal (Colony) and Game of Thrones veteran director Miguel Sapochnik, who has helmed many of the show’s best episodes - such as Hardhome and Battle of the Bastards.

This is just one of many Game of Thrones spin-offs HBO has in the works, including but not limited to an adaptation of Martin’s Dunk & Egg stories.

Join HWZ's Telegram channel here and catch all the latest tech news!
Our articles may contain affiliate links. If you buy through these links, we may earn a small commission.
Previous Story
Ubisoft is giving the battle royale genre another go with Ghost Recon: Frontlines
Next Story
Apple’s free coding lessons for primary school kids arrive in time for school holidays