Hazelight Studios' Josef Fares will give you $1,000 if you tire of It Takes Two

Hazelight Studios' Josef Fares will give you $1,000 if you tire of It Takes Two 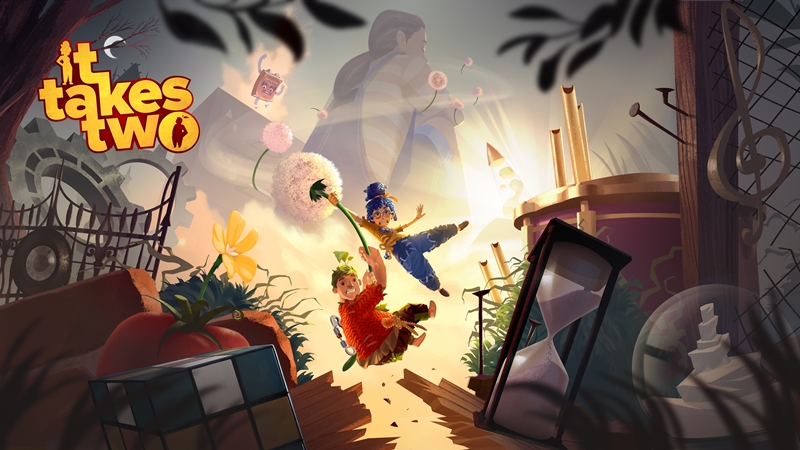 Hazelight Studios' director Josef Fares has a very...unique personality, if I may say so. And I mean that in an amusing way.

According to a recent interview he did with GameInformer (thanks!) regarding the team's upcoming title It Takes Two, the man has made the immensely, and I repeat, immensely ball-sy claim that it is "impossible" to get bored of it. Sure, crack a smile if you like, but it's also worth noting that this awesomely bold statement wasn't even the main highlight. It's what he said next that really raises eyebrows.

The director, who you might remember for saying "F**k the Oscars!" at The Game Awards three years ago has promised a cool $1,000 to whoever sincerely gets bored of the game. "I can literally give 1,000 bucks to anyone who says, 'Oh, I'm tired of this game now because it doesn't surprise me.' One thousand bucks, I guarantee. I'll give it to anyone who gets tired. But they have to be honest about it."

We'll just be blunt: Joke or not, Fares' confidence in his team and the game is actually pretty infectious, and he even goes so far as to say that "You (referring to the interviewer) can put this as the headline.". To be fair, he has every right to be proud of the team - Hazelight's previous title A Way Out was an excellent game on many fronts, although the director has said he remains a little miffed that only half of the game's players actually bothered to complete it.

Still, that's a much higher completion rate than most games nowadays.

Anyway, if you haven't come across it before, It Takes Two is a multiplayer action-adventure title that tells the story of an estranged couple named Cody and May, who are trying to salvage and rekindle their relationship. However, what makes this scenario different from your everyday TV drama is that they've been turned into dolls and hurled into a weird fantasy world. To escape, they'll have to solve puzzles and overcome obstacles together, which already forms the basis of a rather endearing tale of love and companionship.

But endearing or not, Fares' bold declaration is what really takes the cake here. The game is set to release on PC, PS4, PS5, Xbox One and Xbox Series X/S on March 26 this year, so only time will tell if Fares is, quite literally, putting his money where his mouth is.

Join HWZ's Telegram channel here and catch all the latest tech news!
Our articles may contain affiliate links. If you buy through these links, we may earn a small commission.
Previous Story
Apple is reportedly starting work on 6G technology
Next Story
Zynga and Lucasfilm Games are making a new multiplayer Star Wars game