Hazard, van Dijk and Zidane are your FIFA 20 cover athletes

Hazard, van Dijk and Zidane are your FIFA 20 cover athletes 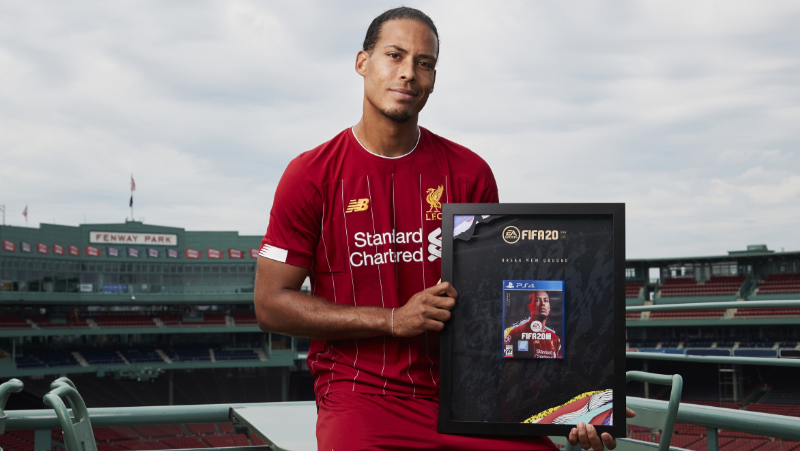 Real Madrid’s Eden Hazard will grace the cover of FIFA 20’s standard edition, while Liverpool FC’s Virgil van Dijk will be on the Champions edition. That leaves us France’s Zinedine Zidane, who will appear on the Ultimate edition.

EA Sports FIFA is the biggest football game on the planet, and I have been playing it for years against my brothers. I am lucky to have been on the cover before but to be on FIFA 20 globally is amazing and I hope to excite as many gamers as I do when I take the field for Real Madrid this season! - Eden Hazard, Real Madrid

Needless to say, Real Madrid and Liverpool FC fans are going to be delighted when they walk into stores to pick up this year’s FIFA installment.

The big sell for FIFA 20 is their new Volta Football mode, the game’s take on street soccer. The game also made headlines recently for dropping Juventus from its roster of teams, though they still have a ton of official leagues, clubs and licensed stadiums to play with.

FIFA 20 kicks off on September 27 for PC, Xbox One, PlayStation 4 and Nintendo Switch.

Join HWZ's Telegram channel here and catch all the latest tech news!
Our articles may contain affiliate links. If you buy through these links, we may earn a small commission.
Previous Story
Revamped Ready To Travel app lets you track your misplaced luggage anywhere in the world
Next Story
ADATA launches XPG Gammix S50 PCIe 4.0 M.2 SSD with read speed of up to 5GB/s!