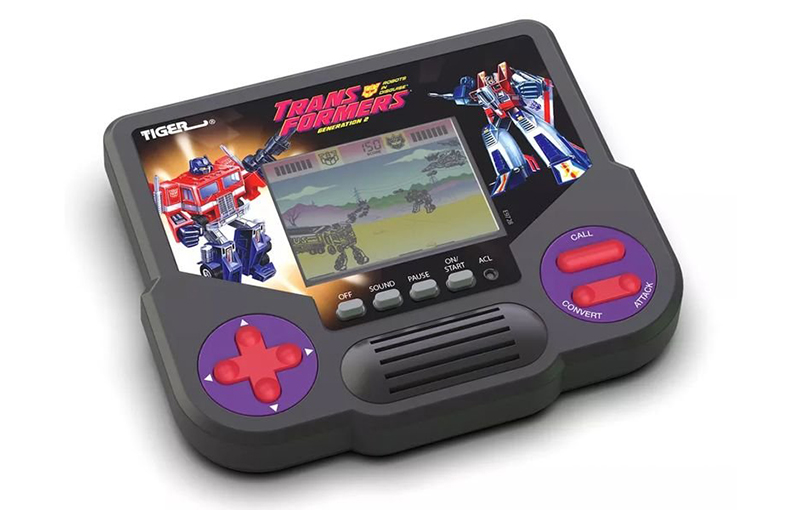 Children of the 90s rejoice, Hasbro has announced that it will be launching four versions of the classic Tiger Electronics handheld LCD games.

If you are too young to know what's all the fuss about, think of these as Nintendo Switches minus the fancy Joy-Con controllers, sensors, and large touchscreen display.

These handheld LCD games have rudimentary graphics, very simple gameplay, and – gasp – can only play a single game. Hasbro has announced four versions and they are Transformers: Generation 2, X-Men Project X, Sonic the Hedgehog 3, and The Little Mermaid.

According to reports, these will be launched this fall and will cost just US$14.99 (~S$20.90). Batteries sold separately.

Join HWZ's Telegram channel here and catch all the latest tech news!
Our articles may contain affiliate links. If you buy through these links, we may earn a small commission.
Previous Story
Sony's new A8H OLED TVs get several Master Series features; new Master Series expected later this year
Next Story
Samsung ready to sell the ultra thin glass of the Galaxy Z Flip to other OEMs