As if having a megastore that spans three levels with thousands of furniture, bedding, computers, communications and consumer electrical products isn’t enough, Harvey Norman has announced that it’s built a new annex at its flagship store at Millenia Walk, which is set to open on August 13.

To be specific, what we’ve here is a gaming-centric store within the superstore. Designed to be the gamer’s ultimate dream store, this new Harvey Norman Games Hub not only offers a wide range of gaming hardware and software, but also a unique experiential shopping experience that Harvey Norman says can’t be found in other stores.

So what makes Harvey Norman Games Hub stands out from the other gaming stores?

1. Virtual reality takes centerstage: Experience what VR is all about by immersing yourself with the latest VR games in the store. This permanent VR experience area is made possible by HTC Vive and Intel.

2. Monthly Games Hub Gaming Champion: Gamers can compete and have their names listed on the in-store leader board. There will be attractive prizes for the monthly winners.

3. Try before you buy: Gamers can try selected top-selling gaming devices and accessories before they buy.

In conjunction with the opening, Harvey Norman has launched its inaugural gaming competition called “Harvey Norman Gamers Cup”. The year’s competition is organized jointly with Garena, with gamers competing on League of Legends. Winners stand to walk home with up to S$5,000 in vouchers and products.

The first Harvey Norman Gamers Cup will take place at Millenia Walk. Registration has already kicked off since July 25 via Garena’s platforms. The qualifiers and quarter-finals will happen on August 6 and 7 respectively, with the semi-finals and finals on August 13 to coincide with the store’s opening.

What’s happening on the August 13 and 14 opening weekend

In addition to the semi finals and finals of the Harvey Norman Gamers Cup, customers can expect many gaming offers during the store’s opening weekend. There are also opportunities to take photos with gaming characters and meet all-girls gaming team Girlaxy. There are also instant lucky draws for shoppers who meet the minimum spent requirement. 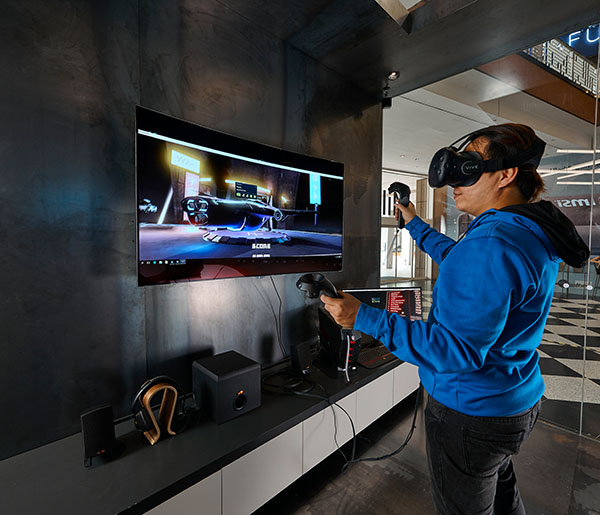 Join HWZ's Telegram channel here and catch all the latest tech news!
Our articles may contain affiliate links. If you buy through these links, we may earn a small commission.
Previous Story
Samsung may be launching a 6GB RAM variant of the Galaxy Note7 in China
Next Story
Silverstone launches new Tundra TD03-E liquid-cooling block