In one breath, Harman Kardon announced a new home speaker system and their new headphones lineup, the latter being their first update since 2014.

Harman Kardon is launching not one, but two headphone models under their FLY series. The FLY TWS is a true-wireless in-ear earbud model, while the FLY ANC is their over-ear noise-cancelling variant. The FLY TWS offer full-function touch controls built into the buds so that users do not need to wrestle with their smartphones for any musical control. The buds offer six hours of music playback, with an extra 14 hours from its charging, carrying case. Other cool features of the FLY TWS include the earbuds' built-in Google Assistant support, IPX5 resistance against the elements (sweat- and rainproof), plus TalkThru and Ambient Aware for heightened situational awareness during a listening bout. The Harman Kardon FLY TWS currently retails at S$299 on their official Lazada store page. 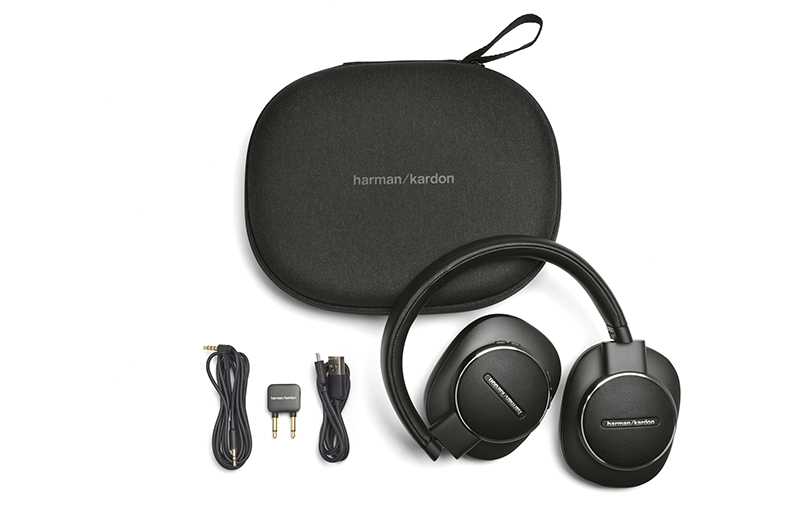 The other personal audio device joining their ranks is the Harman Kardon FLY ANC. These are over-ear, active noise-cancelling (ANC) headphones that can block out external noise for a more immersive listening experience. With Bluetooth and ANC enabled, the headphones can last for 20 hours. If only ANC is activated, the noise-cancellation can last up to 35 hours of playback. Another feature is its Speed Charge support where FLY ANC users can get up to 2.5 hours of playback with 15 minutes of charging. It also offers touch controls and built-in Google Assistant voice command support. Like its brethren, it's also available on its official Lazada store page, but at S$349. The Harman Kardon Aura Studio 3 is a dome-shaped home audio device that combines its functionality and appeal into one coherent appearance. We say that, because the tinted glass body is key to the Aura Studio 3's ambient lighting effects, and its 360-degree body also gives rise to its omni-directional audio dispersal. Despite its size, it carries a 100W subwoofer within. You can check it out further at their official Lazada store page - it's currently retailing at S$399.

Join HWZ's Telegram channel here and catch all the latest tech news!
Our articles may contain affiliate links. If you buy through these links, we may earn a small commission.
Previous Story
There’s now an unboxing video of the Samsung Galaxy Watch 3
Next Story
The trailer for His Dark Materials Season 2 teases more action-packed fantasy