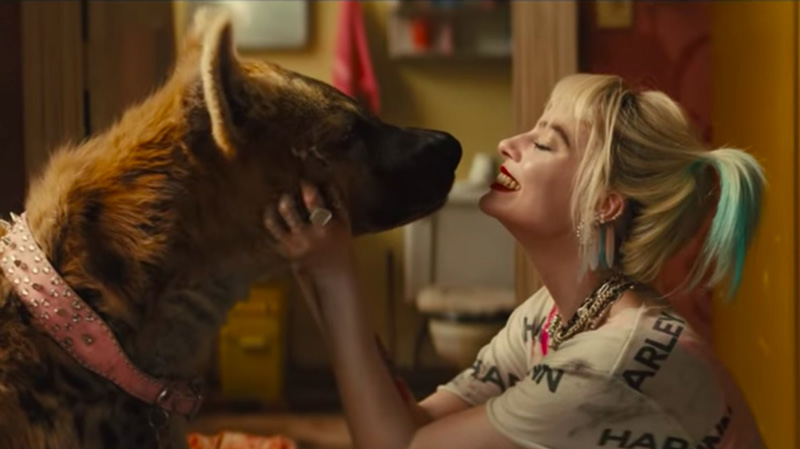 Warner Bros. Pictures has released a new trailer for Birds of Prey - and boy, is it an upgrade from every other trailer we’ve gotten for this movie.

Birds of Prey (and the Fantabulous Emancipation of One Harley Quinn) - yes, that is the movie’s actual full name - will feature the DC Comics superhero team of the same name, with a couple of adjustments. Instead of having the team be composed of Batgirl, Huntress and Black Canary, Batgirl’s been swapped out for Harley Quinn - turning the team of do-gooder superheroes into a team of aggressive vigilantes.

The movie starts out with Harley (Margot Robbie) breaking up with her not-so-forever love, the Joker. A couple canisters of cheez whiz later, she finds herself in trouble with another supervillain who wants her dead - Roman Sionis (Ewan McGregor), AKA the crime lord Black Mask.

I’ve got to say, it’s nice to see DC diving deep into the weirder comicbook stuff - like Harley having hyenas that actually laugh. Having Cassandra Cain just be some runaway is a little annoying… but you can read my thoughts on that here.

Birds of Prey will arrive in cinemas on February 7, 2020.

Previous Story
A classic Pokémon Mystery Dungeon game is being remade for the Nintendo Switch
Next Story
Bluetooth LE: a new standard that could enable smaller true wireless headphones