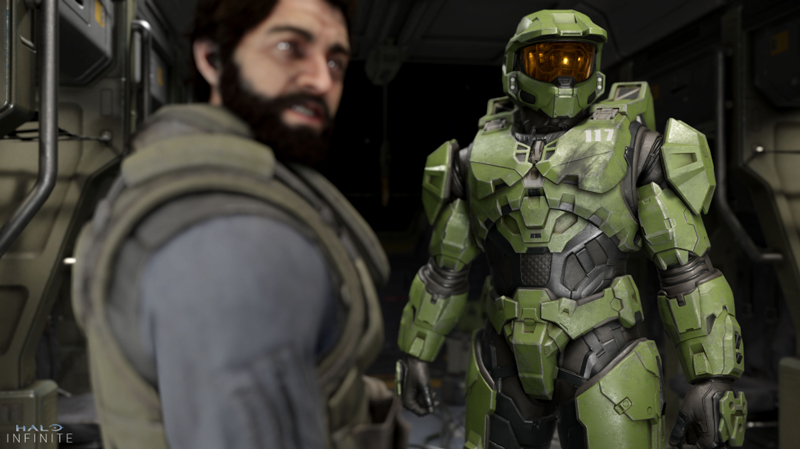 Developer 343 Industries has confirmed that Halo Infinite’s multiplayer component will not only be free-to-play, but playable in full 120fps on the Xbox Series X. Though you won’t have to fork up money to play the game with friends, you will have to pay for its singleplayer experience - which has actually been controversial lately.

Halo is for everyone. We can confirm #HaloInfinite multiplayer will be free-to-play and will support 120FPS on Xbox Series X. More details will be shared later! pic.twitter.com/9bIrppFiON

This information was first leaked via Smyths Toys Superstores, an Irish retailer. The store published a short-lived promotional page for Halo Infinite on its website, which promised, “a groundbreaking free-to-play multiplayer experience.” It claimed that the game would also run on the Xbox Series X with, “greatly reduced load times.”

A reliable leaker known as Klobrille added onto this information however, revealing more on Halo Infinite’s mysterious multiplayer modes. The leaker promised that Halo would be ‘huge’, with a battle pass system and, “customization options completely new to Halo.” Klobrille also alluded to it being similar to Halo Reach’s customisation options in the tweet’s replies.

343 Industries popped the lid off of Halo Infinite with a whole lot of gameplay during the Xbox Games Showcase. The game has a massive open-world filled with enemies, in a visual aesthetic similar to Halo: Combat Evolved. Fans didn’t take the reveal trailer too well however, criticising its visuals and lack of polish.

This is the first time the series’ multiplayer modes have gone free-to-play, but it might work out for the game in the long run. Call of Duty: Modern Warfare recently attempted to do the same with its battle royale counterpart Warzone, to great success.