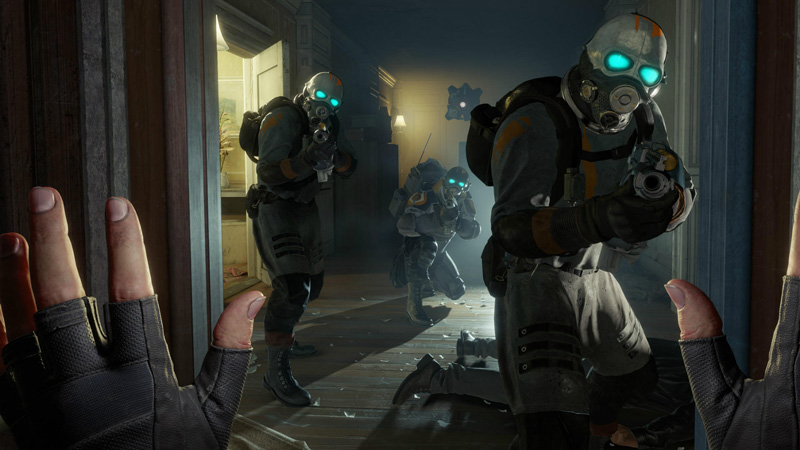 YouTube channel Tested somehow found their way into Valve recently, where they got to play a couple hours of an early build of Half-Life: Alyx. They got to test out the game on several different VR setups –from the Oculus Rift to the Valve Index. They spent a lot of time checking out the actual VR systems, but we do get a good look at Valve’s new game as well.

Tested co-founder Will Smith (not the bird) said:

The amount and quality of art in this game is outstanding. You can interact with so much stuff, you can force-pull it over to you. The verbs that are accessible to you as a player are amazing, and the sound is spectacular. There's dynamic sound all around you, You can hear things above and below you and the levels are vertical and expansive. I've been thrilled so far.

We also get to see a bit of gameplay while Tested checks out the game, including how weapons work, creature designs and certain segments of the game’s levels. If you’re more interested in how the game looks, someone stitched together all the game footage from the video:

Half-Life: Alyx will release in March 2020 as a VR title. Check out our writeup of the game’s reveal here.

Join HWZ's Telegram channel here and catch all the latest tech news!
Our articles may contain affiliate links. If you buy through these links, we may earn a small commission.
Previous Story
Season 2 of The Witcher will be more narrative-driven
Next Story
Disney finally has an officially licensed Baby Yoda plushie