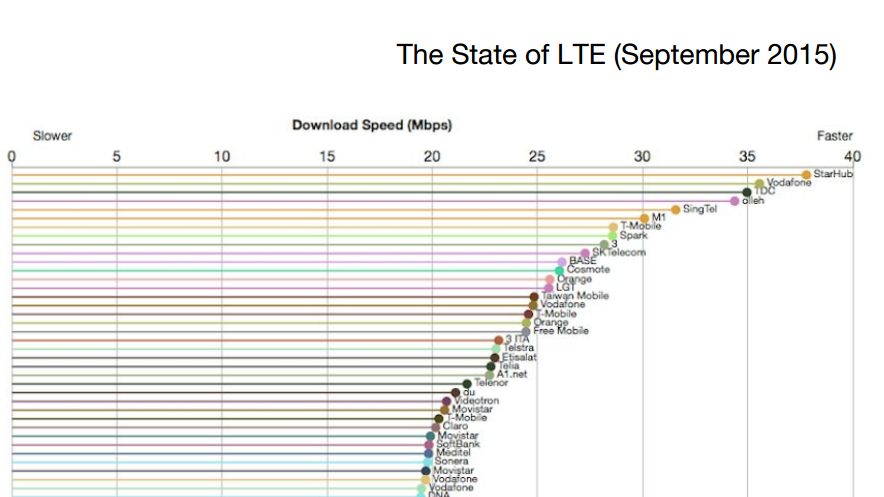 Do you have a mobile data line with StarHub? If so, congratulations, because you are currently enjoying the world’s fastest LTE network offered by a telco.

Independent network coverage checker, OpenSignal, better known for their smartphone app that boosts your cellular and Wi-Fi coverage, recently released their collated survey results from LTE network users all over the world. The results are collected quarterly, with the latest findings showing StarHub in the top spot for having an LTE download speed of 38mbps on average, the fastest LTE network offered by a telco globally.

Vodafone, a telco in Romania, is the second fastest with 36mbps. Local rivals Singtel and M1 are doing pretty well for themselves, clinching the 5th and 6th-fastest spots respectively at 32mbps and 30mbps, respectively.

While StarHub's speeds may be unbeatable, it's not quite as good as its rivals when it comes to LTE coverage. Singtel has 88 percent LTE network coverage on our island, putting it 9th on the list of telcos around the world, with M1 ranking 12th with 86 percent coverage. StarHub trails behind at rank 35 with its 77 percent coverage. 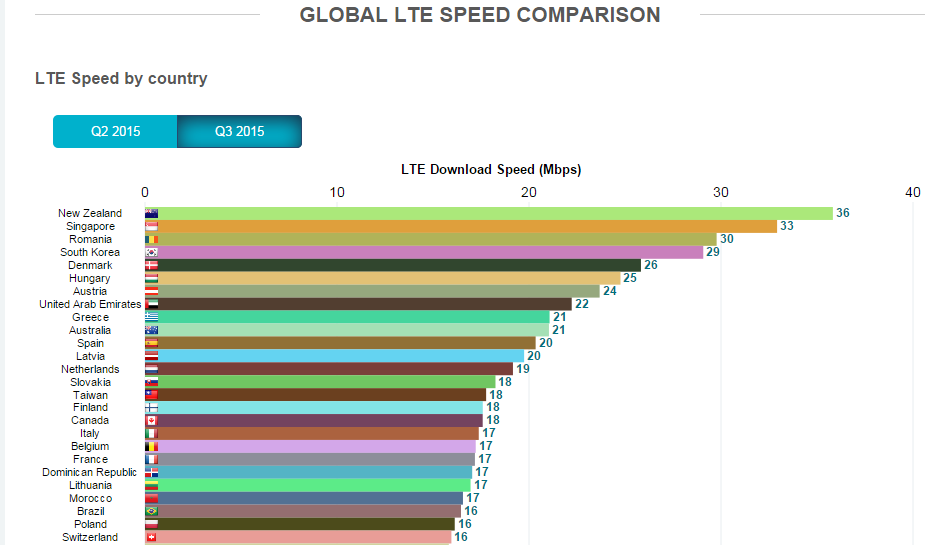 Singapore is doing very well for LTE speed on a whole, ranking second in a list of over 70 countries for having the best average speeds (at 33mbps), surpassed only by New Zealand clinching the top spot with country average of 36mbps. Neighboring countries Malaysia ranked 48th with an average of 12mbps, and Indonesia sits at 57th with 9mbps. 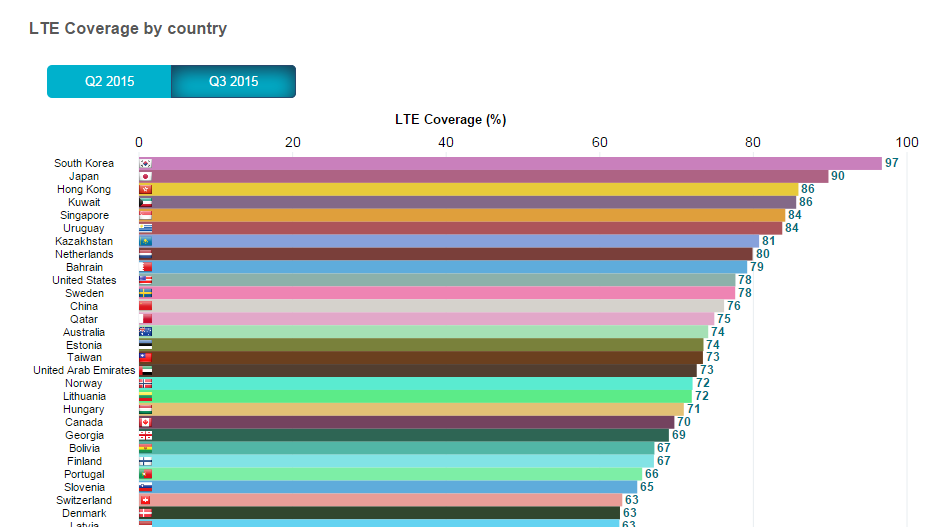 However, LTE coverage in Singapore is not as impressive, as we hold 5th place. First place went to South Korea, who can boast 97 percent LTE coverage over on their end. Only Japan and South Korea have LTE coverage above the 90th percentile, if that makes us feel any better about ourselves.

The survey’s data is collected using the OpenSignal app mentioned above, and the information is anonymously collected via the app’s data-collecting engine to produce its findings. As of now, the app has 15 million downloads across 200 countries, making it a huge sample size, which in turn makes it relatively reliable with many users contributing to the survey.

Even with the incredibly slow or non-existent LTE coverage we experience when traveling in crowded public trains, it is still easy to take for granted how advanced our infrastructure can be in a short span of time. If you want to see the results with your own eyes, you can view the details of the survey here. The OpenSignal app can be found on iOS here, as well as on Android here.

Join HWZ's Telegram channel here and catch all the latest tech news!
Our articles may contain affiliate links. If you buy through these links, we may earn a small commission.
Previous Story
Apple Music said to have 15 million users three months after launch
Next Story
Queues form across Singapore as iPhone 6s and 6s Plus launch today