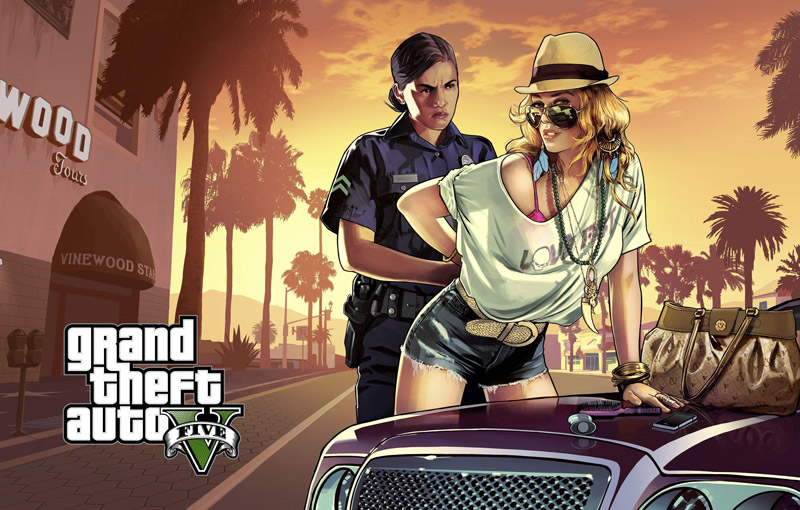 Let’s be honest. This is the closest we’re going to get to a next-gen GTA for a long time.

Rockstar Games’ smash-hit Grand Theft Auto 5 will launch on PlayStation 5 and Xbox Series X|S on 11 November 2021. GTA 5 launches with Grand Theft Auto Online, a multiplayer mode that has grown massively since its release in 2013.

These next-gen (or current-gen, depending on your perspective) versions of GTA 5 will be upgraded with new features and visuals. According to Rockstar’s big announcement last year, these upgraded game versions will feature, “a range of technical improvements, visual upgrades and performance enhancements to take full advantage of the console’s powerful new hardware, making the game more beautiful and more responsive than ever.”

Rockstar have also teased upcoming updates to GTA Online that will, “include special benefits for players to take advantage of in these expanded and enhanced versions when they drop.” The 20th anniversary of Grand Theft Auto 3 is also happening this year, and some, “fun surprises,” are in store for fans, “including some specifically for GTA Online players.”

Rockstar also announced new Stunt Races, multi-part robbery quests and a new vehicle all coming to GTA Online later in the summer. More racing content is also coming to Red Dead Online beginning from 25 May, and a swathe of new missions soon after for players to check out. You can find more information on these updates here.

Join HWZ's Telegram channel here and catch all the latest tech news!
Our articles may contain affiliate links. If you buy through these links, we may earn a small commission.
Previous Story
Netflix's Resident Evil: Infinite Darkness gets a new trailer and release date
Next Story
Grab Runner 2021: Grab pilots robot runner service for mix-and-match deliveries